Today, ginger is commonly used as an aromatic and flavoring in the culinary world. Tea drinkers also appreciate its mildly spicy but soothing taste. Ginger is one of the most consumed condiments in the world and is also a popular holistic treatment for inflammation and nausea.

The Indian Ayurveda is one of the oldest medicinal systems that focuses on holistic health and treatment. The prolific use of herbs and roots to cleanse the body and boost the immune system is carried over to modern times and is even supported by scientific studies.

One of the most popular roots to be used in Ayurvedic medicine is ginger. Whether it’s dried, fresh, steeped or boiled, ginger has many uses and benefits.

Ginger tonic and rubs are still very common in Asia. Ancient and contemporary Asian medicine encourages the balance of mind, body, and spirit by using ginger to calm a troublesome mind and soothe a stressed soul.

Let’s take a look at why this root has so much to offer. 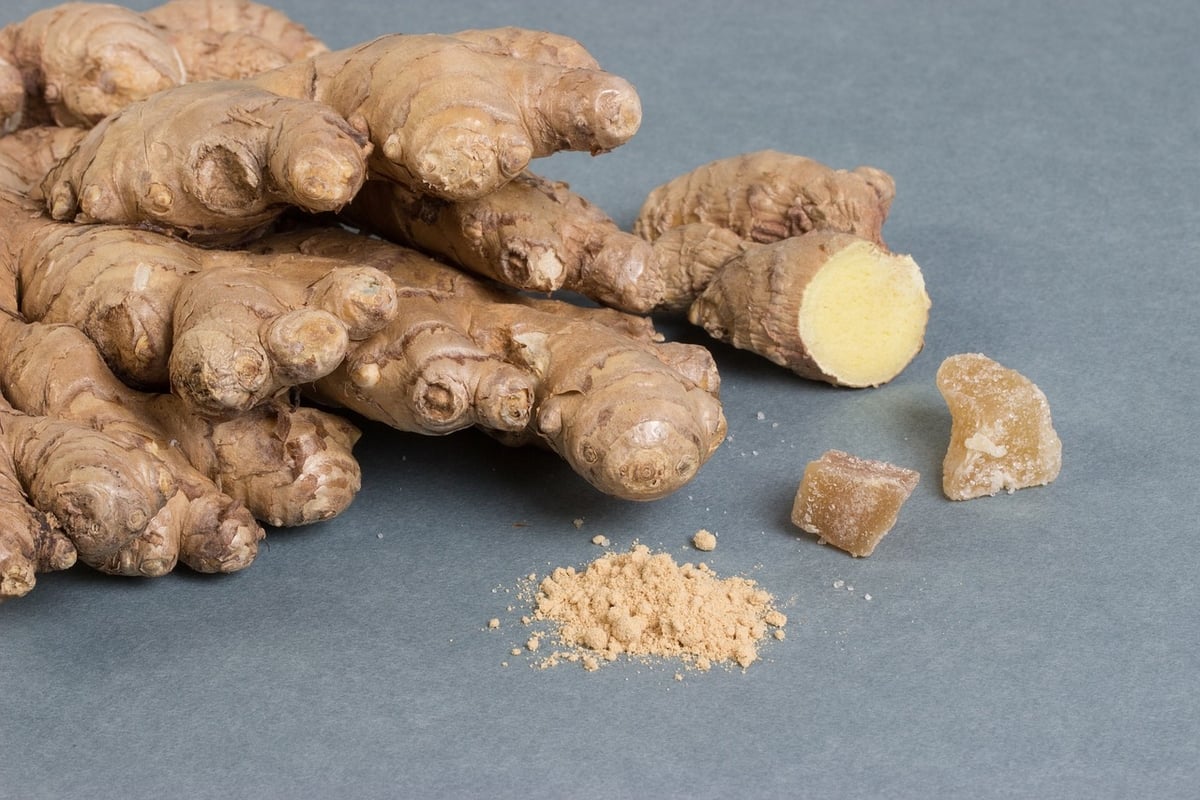 Aside from these three, ginger contains many other vitamins and minerals that contribute to health. About 3.5 ounces or 100 grams of ginger can give you the following:

Abundance of Gingerol and Shogoal 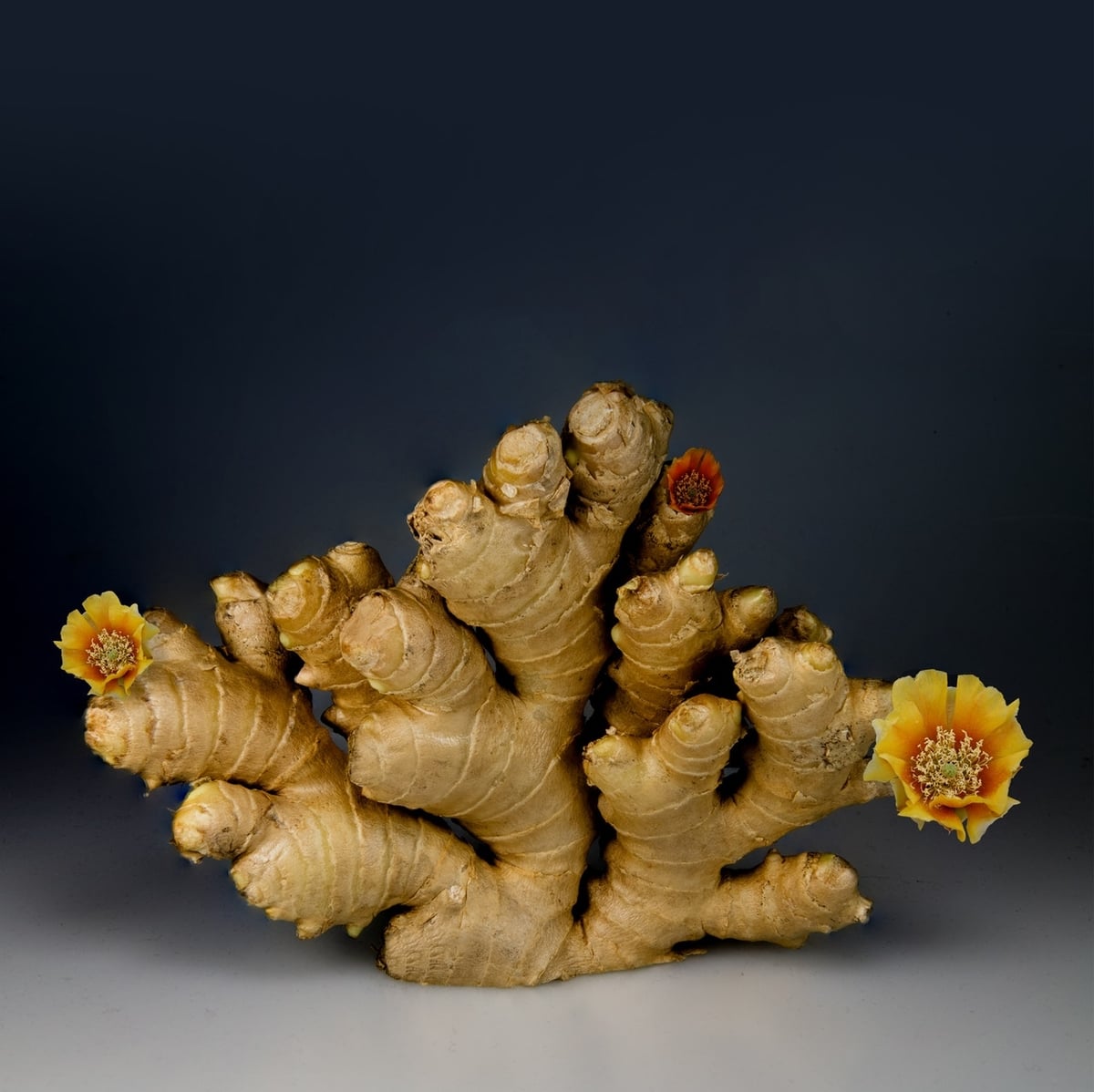 Fresh ginger is spicy and pungent because of the chemical compound gingerols. When dried, gingerols are turned into shogoal. These compounds not only give ginger its flavor and aroma but are found to be important components in a biological activities that can fight free radicals and infection, control inflammation, and even lower the risk of cancer.

It has shown positive results in experiments that can eventually shed positive light on the development of medicines that can cure tumors and different types of cancer. 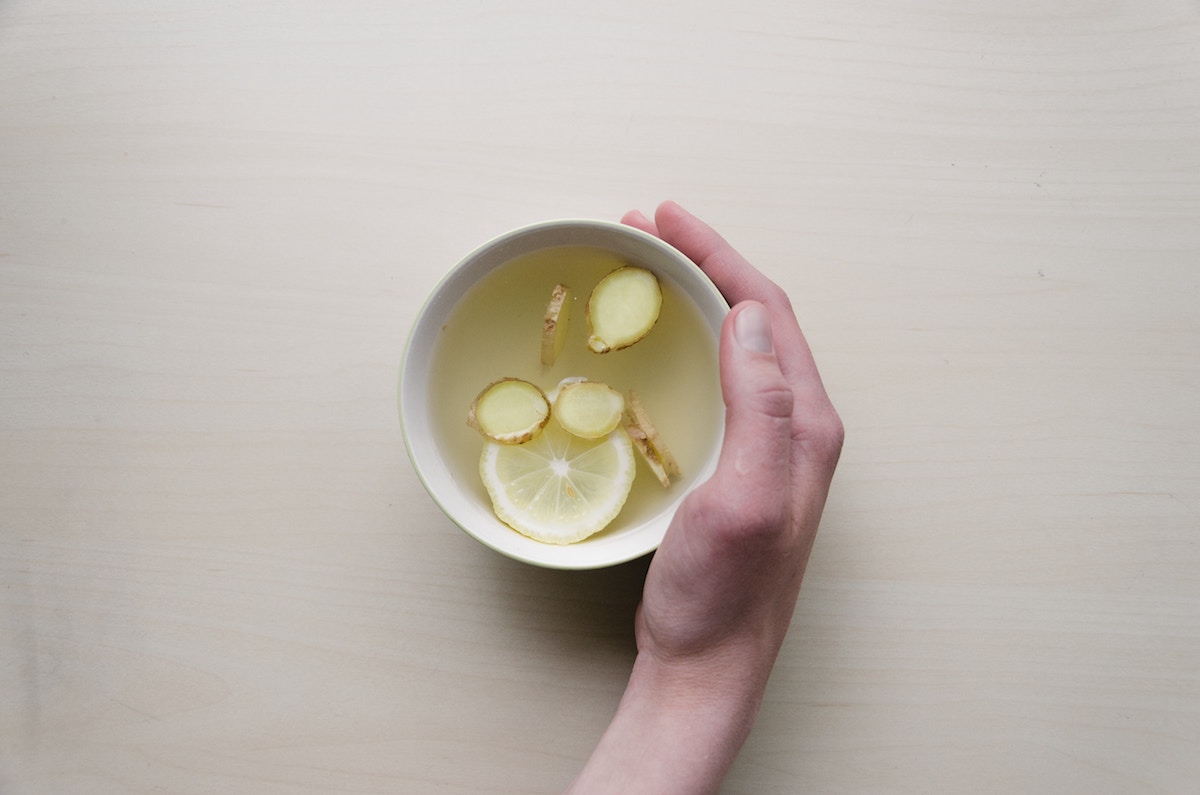 When ginger is ingested, many of its metabolites accumulate in the digestive tract. That is why the digestive system benefits the most from ginger and its healing properties.

It is common to give ginger tea, ginger candy, or a fresh slice of ginger for chewing to people who experience abdominal pain, heartburn, indigestion, nausea, vomiting, and other stomach disturbances.

People who often experience these could be pregnant mothers, menstruating women, children, travelers, and chemo patients.

Ginger reduces inflammation of the gut, which strengthens the gastrointestinal tract. This is very helpful for people who often take medicine that have negative side effects such as stomach ulcers and hyperacidity. Ginger also lowers the overall risk of developing ulcers, IBS, and colon cancer.

A healthy gut and gastrointestinal tract can cultivate a balanced ecosystem for healthy bacteria, which in turn aids in the digestion of food and the absorption of nutrients.

When there is no problem in digestion, the excretion of the waste is uninterrupted. This leads to successful and regular bowel movement.

Excess gas in the body places unnecessary pressure on organs on the upper torso and is very uncomfortable. Since ginger is also a carminative, it helps expel excess gas from the body and preemptively prevents a build-up.

Since 60% of the body’s energy goes to metabolism, a healthy digestive and excretory system will not require more energy, leaving you less fatigued at the end of a very busy day.

However, patients should still be warned that ginger is not a cure for food poisoning or the ingestion of toxic substances. 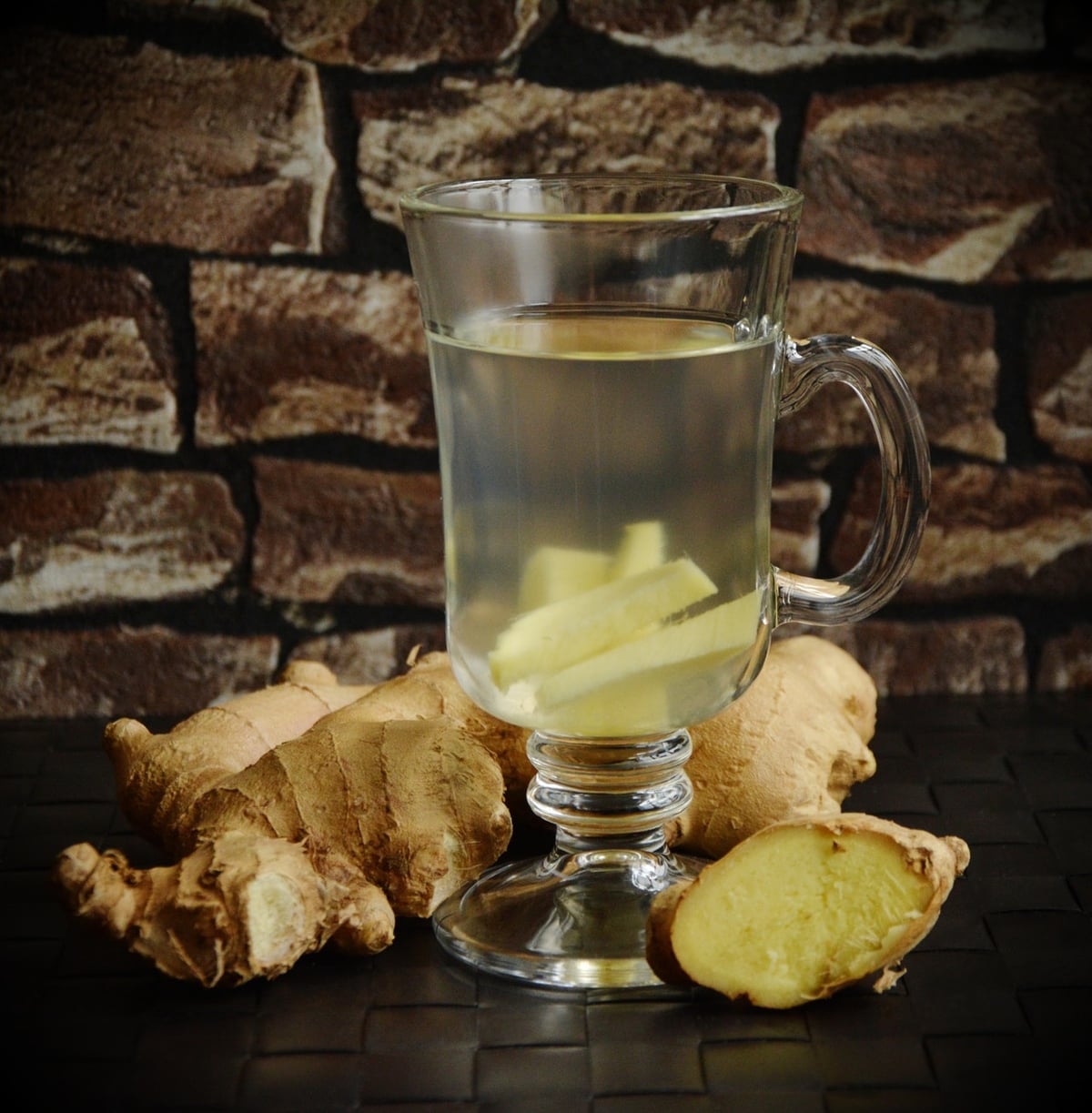 Inflammation is a natural response of the immune system to help the body heal itself during irritation, infection, or injury. Problems can develop when inflammation persists longer and more often than is needed by the body.

Chronic inflammation can lead to a number of different auto-immune disorders, where the body attacks its own healthy cells. This can speed up oxidation and the aging process within the body.

Aside from that, the persistence of pain can lead to taking nonsteroidal anti-inflammatory drugs. Though these drugs will offer relief, they build up toxicity in the liver and kidneys when taken in constant and/or high dosage. This will often lead to damaging them in the long run.

Ginger is a natural anti-inflammatory agent. There are many different ways to use ginger to alleviate discomfort, pain, and swelling. Extract from fresh ginger is applied topically on affected areas.

The capsicum, magnesium, and manganese present in ginger is soothing and provides immediate relief on aching joints and tense muscles, and headaches. It can also be added to warm bath water or used as a foot soak.

Ginger oil and extract is commonly applied on insect bites, healing wounds, and acts as a natural bug deterrent against disease-carrying insects. Even a sore throat and tired vocal chords are immensely helped by a regular consumption of hot ginger tea.

While it provides instant relief as a topical treatment, taking ginger supplements or ginger tea daily can have benefits that are cumulative and long-term.

The long-term effects against pain and swelling can be especially helpful for conditions such as osteoarthritis and rheumatoid arthritis, menstrual cramps, delayed onset muscle pain, joint pain, and migraines.

Its anti-inflammatory effect is also surprisingly effective against inflammation in the respiratory system triggered by infections and allergies. Ginger is highly recommended for people with asthma and a variety of allergies. 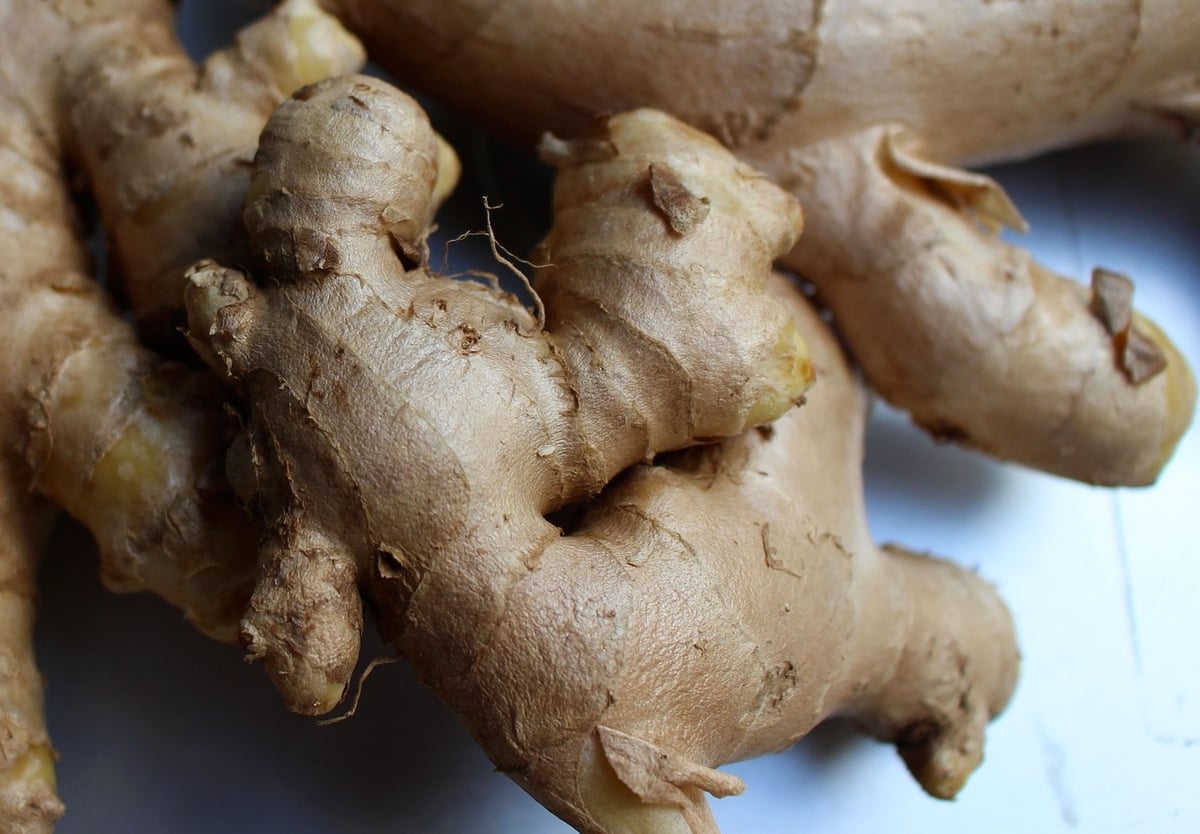 Ginger promotes a healthy circulatory system by lowering cholesterol levels, blood sugar levels, and blood pressure levels. This is mainly due to its abundance of potassium and magnesium.

When all of these levels are maintained properly, a healthy heart is able to pump blood into the body more efficiently, delivering oxygen and nutrients where it is needed.

Scientists also noticed an increase in the insulin levels of people with ginger in their diet. In particular, people with diabetes not only have abnormally low levels of insulin, but more stress is placed on their other internal organs due to the lack of energy.

This is why kidney and liver failure is a common complication of diabetes, but consuming ginger can help improve these effects.

In 2012, an experiment revealed that ginger improves attention, cognition, and memory in middle-aged women. There have also been several studies in the past that shows ginger as an aid in protecting the brain against decline due to age.

The development of diseases like Alzheimer’s and Parkinson’s can be slowed down by including ginger in the diet.

Ginger can induce detoxification through sweating as well. People who do not sweat enough should ideally take fresh ginger and strong ginger tea. Sweating is helpful in regulating body temperature in hot climates, preventing heatstroke and the overworking of organs.

When ginger is added to a healthy diet and lifestyle, the risk for degenerative and lifestyle diseases are lowered significantly. Even a person already suffering the effects of a heart disease, hypertension, a fatty liver, and diabetes can still benefit from the regular intake of ginger.

Is Ginger for You? 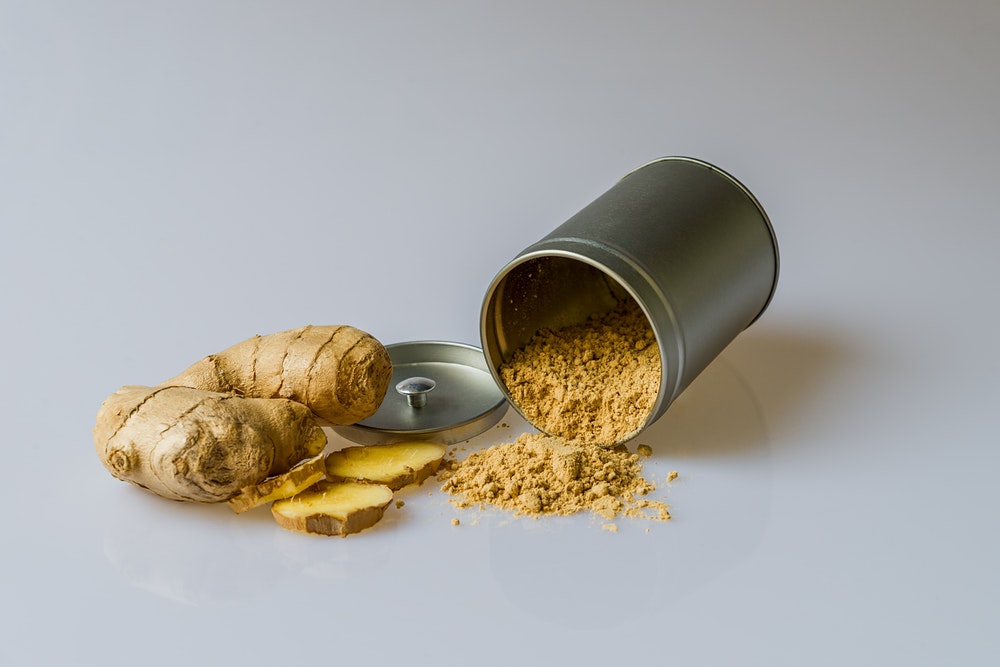 Ginger does not lessen or diminish the effect of any medication that you could currently be taking. However, pregnant women are advised to consult with their doctor about the amount of ginger they can take as it can also induce labor.

People with irritable digestive systems due to ulcers and acid reflux should also take ginger more moderately, and in a less spicy form.

There are many different ways ginger can be added in one’s diet. Aside from the fresh or dry ginger root, it is available in forms such as ground ginger, ginger capsules, ginger candy, ginger ale, ginger tea, and ginger oil. Ginger can also be added to stews, soups, desserts, shakes and juice.

The good news is that ginger is for everyone. Try to look up a recipe or two that calls for ginger to begin incorporating it into your diet. Start playing around with this amazing root in your kitchen, or even try growing a ginger plant and savor its fragrant aroma at home!