Nature is full of herbs, plants, roots, and berries with incredible health benefits. Many are used for medicinal purposes while several others are used as vitamin and mineral supplements. Some have been around for centuries while others are just being discovered.

One of these medicinal herbs is ginseng, which has been around for hundreds of years. It is an Asian herb that has been used for many benefits that include prolonging life, treating nervousness, ulcers, and nausea, and even to promote energy.

Ginseng has been used on its own and as part of traditional Chinese medicines and supplements for years. It contains two significant compounds known for their health benefits: gintonin and ginsenosides.

Read on to learn more about how ginseng can help you improve your health. 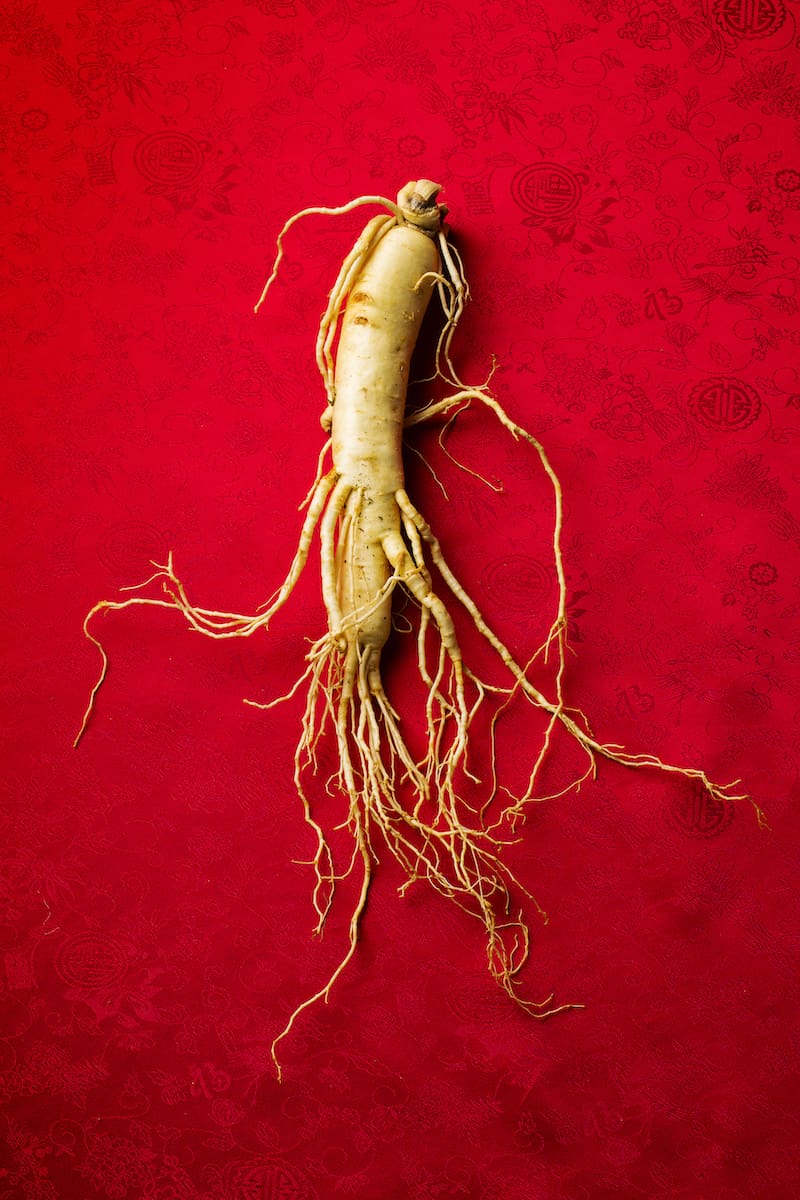 Ginseng is a slow-growing plant with fleshy roots. It consists of a light, fork-shaped root, a long stalk, and oval-shaped green leaves. There are eleven different varieties of ginseng, but it is usually easily classified in three specific ways determined by how long it’s grown: fresh, white, and red.

Through the years, ginseng has been used to enhance and promote overall wellness. It is said to help boost energy, lower blood sugar levels, help reduce stress, and so much more. There are several varieties of ginseng and the more popular ones are said to have different properties and different effects on the body. For example, the American ginseng is more relaxing while the Asian ginseng is energy-boosting. 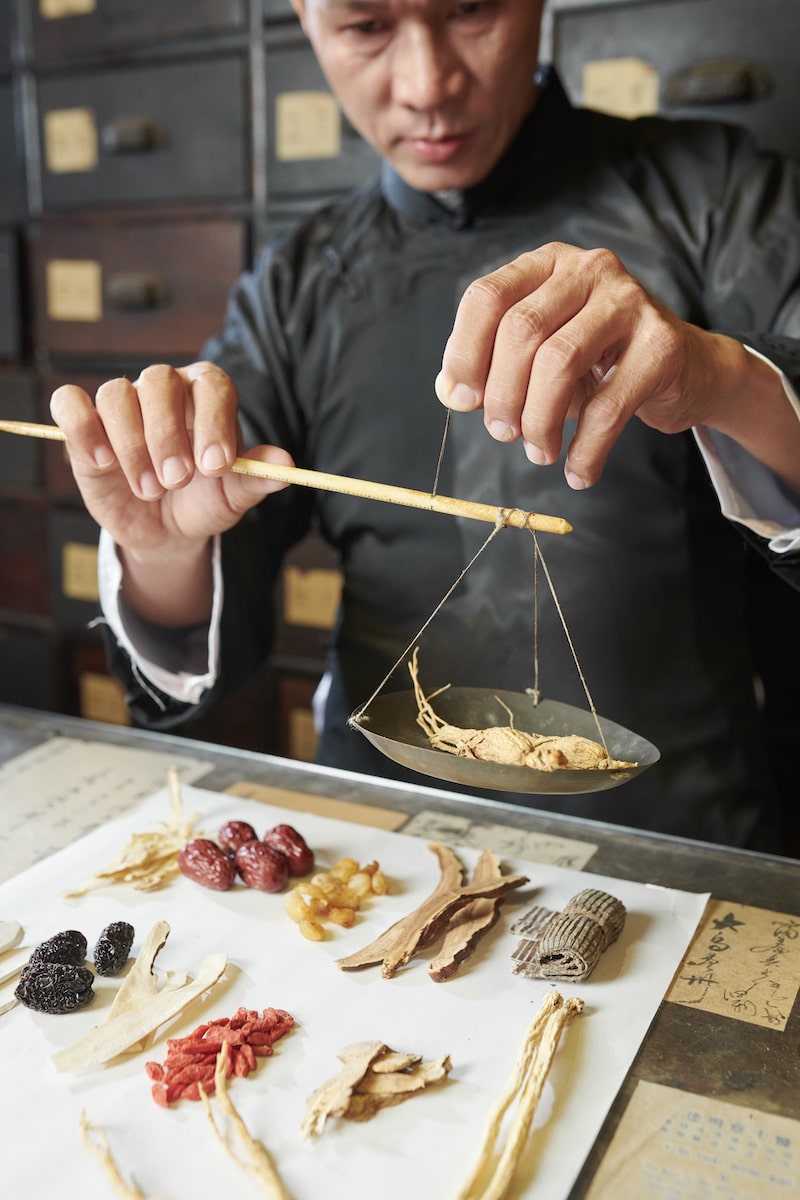 There are several health claims attached to ginseng products and the herb has been taken to aid a wide variety of health and medical conditions. While there is some research available about the effectiveness of ginseng supplements, more research is needed to provide conclusive evidence.

Ginseng is taken in several ways:  supplement pills, powdered drinks, teas, infusions, and even eaten raw. When taking ginseng products, remember that not all products are equal. Be sure to look at the ingredients to see just how much ginseng is present. Several products are found to contain just a little ginseng and filler substances.

Typically the best forms of ginseng are teas, powders, or tinctures.

Find out more about how ginseng might be able to help you. 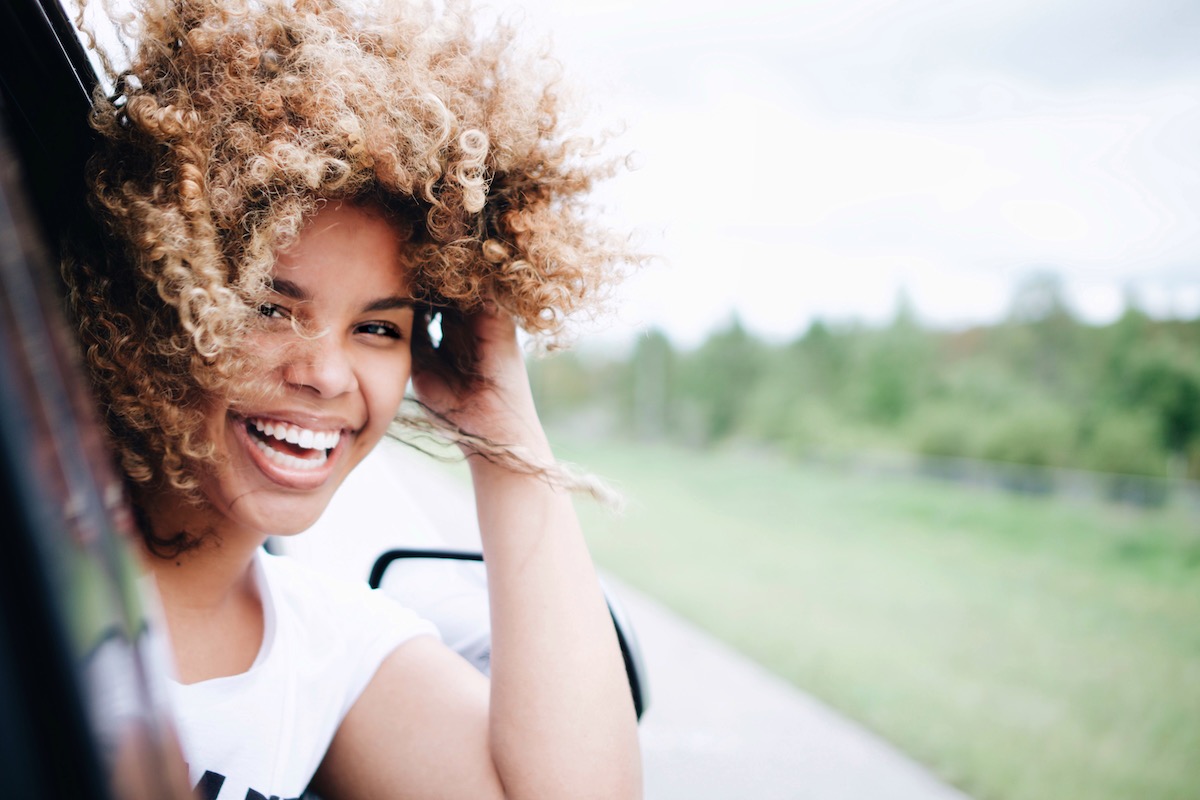 Ginseng can be used to help combat tiredness and boost energy. It has been used to enhance stamina for years and it’s even said to help boost physical performance at the same time. Unlike coffee, ginseng provides an energy boost without the crash or jitters.

One study of ginseng explored the effects of 1-2 grams of the herb given to people with Chronic Fatigue Syndrome. It showed that those that were given ginseng experienced less fatigue physically and mentally.

Another study showed the positive effects ginseng had on the energy levels of cancer survivors. After regular use, those taking ginseng experienced less fatigue and tiredness.

Some research shows that ginseng also works as an adaptogen. This helps the herb combat viral infections. One study shows that Korean ginseng has antiviral capabilities and research has shown the positive role of ginseng in counteracting the effects of chemotherapy.

In humans, on the other hand, a study had male athletes take up to 2 grams of ginseng three times a day for one week. These participants had inflammatory markers tested after the intake period and their levels were significantly lower than those who were given a different medical herb. 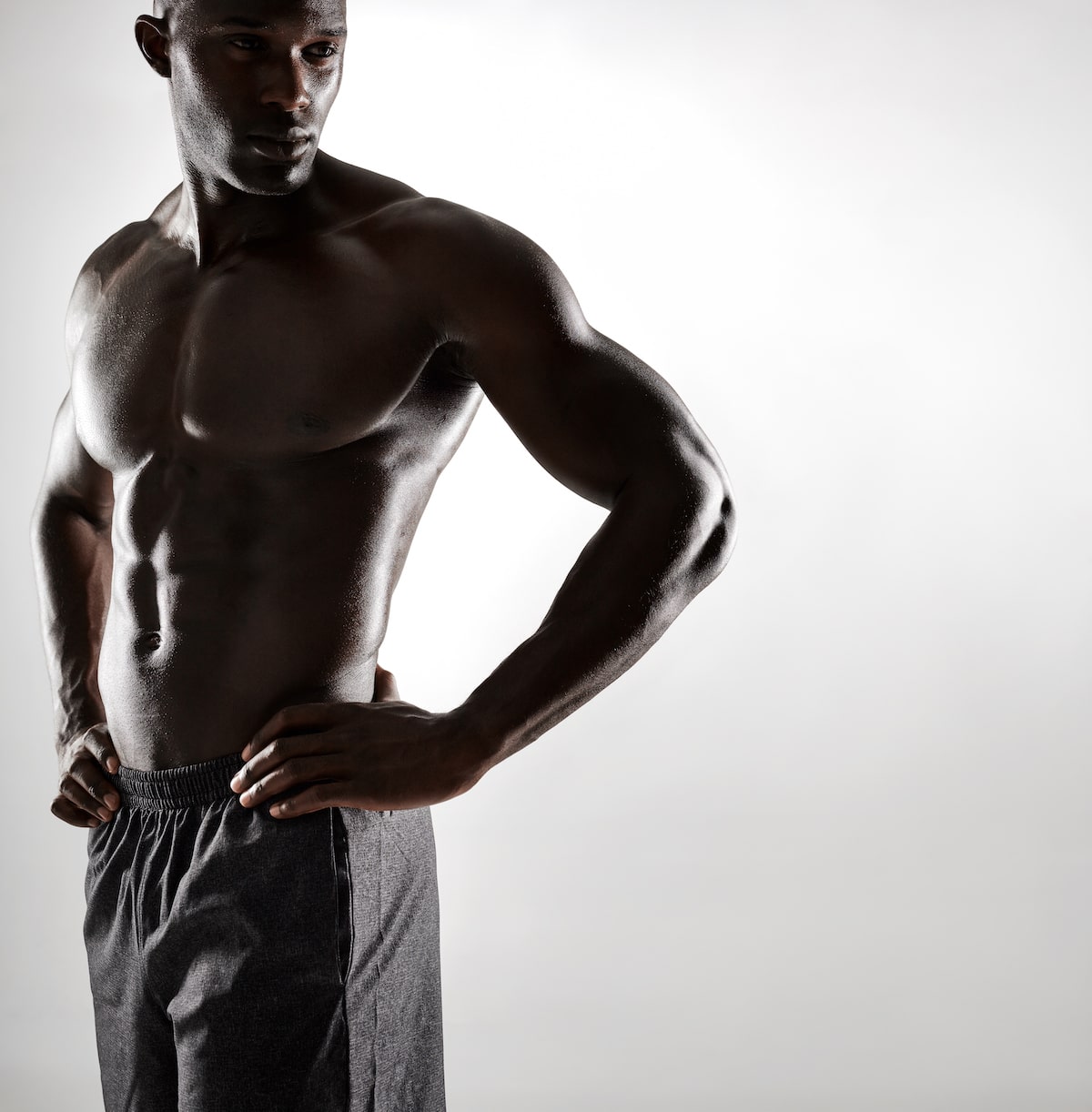 For many years ginseng has been used as a means to help improve sexual function and libido. Traditional Chinese medicine even views the herb as a type of aphrodisiac and uses it specifically to restore sexual function in men.

Korean red ginseng, in particular, has been helpful to address erectile dysfunction, with the herb helping in almost 60% of cases. Certain compounds in ginseng help protect against oxidative stress in tissues and blood vessels, helping to restore natural functions. One study showed that men with erectile dysfunction showed marked improvement and overall satisfaction after taking 1000 mg of ginseng for two months.

The key to ginseng helping in sexual function is its ability to combat stress, promote healthy blood circulation within the body, and improve stamina.

Ginseng has been shown to help improve brain functions like mood, behavior, and memory. Studies show that components in ginseng including compound K and ginsenosides help protect the brain against free radical damage.

One study gave 30 people 200 mg of Panax ginseng for four weeks. All of the participants showed a marked improvement in social functioning, mental health, and overall mood. However, there was a decrease in this benefit with extended use.

Another study showed that taking 400 mg of Panax ginseng every day for eight straight days improved math skills and calmness. Studies have also shown that ginseng can have a positive effect on people with Alzheimer’s disease.

With its antioxidant protection and ability to reduce inflammation, ginseng may help reduce the potential risk of certain cancers.

A review of several studies showed that people who regularly take ginseng as a medicinal supplement lower their risk for developing cancer by as much as 16%. These ginseng takers could lower their cancer risk for lip, mouth, stomach, colon, lung, and liver cancer.

Additionally, ginseng also has positive effects on cancer patients undergoing chemotherapy. Taking ginseng can help reduce the harmful side effects while simultaneously enhancing the effect of the medication.

Studies have looked into the effects of ginseng on the immune system of cancer patients going through surgery and chemotherapy. In one study on patients recovering from stomach cancer, patients were given ginseng along with their medications and showed improvements in immune functions and lower recurrence of symptoms.

Adding Ginseng as a Supplement 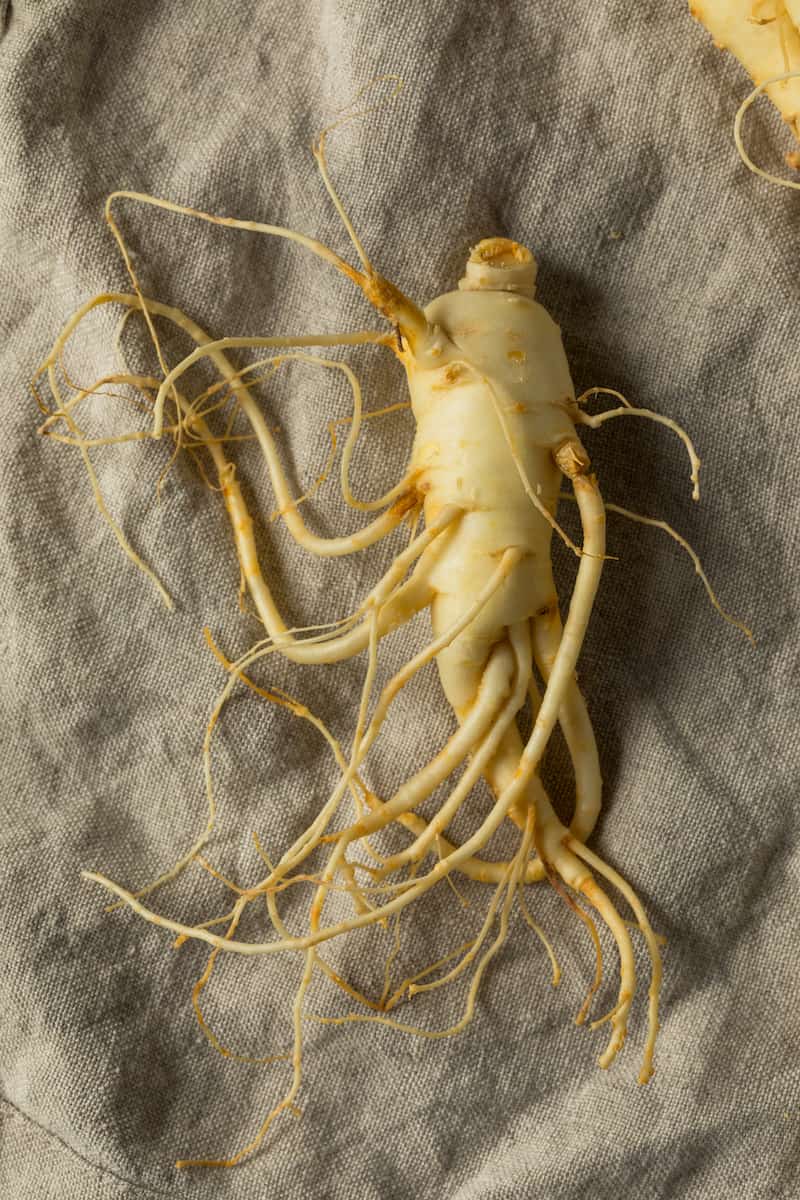 Ginseng has many potential health benefits and while more research is needed, it is still safe to consume the supplement if you find it has positive effects on you. Like any dietary supplement though, it’s advisable to be vigilant about potential side effects and to talk to your doctor, especially if you have a serious medical condition.