We’ve all heard the saying, “Good things come in small packages.” Sure, it’s a cliché, but it still holds very true for one small powerful fruit — the goji berry. No bigger than the tip of your little finger, this tiny berry contains immense nutritional and medicinal value.

It’s packed with fiber, antioxidants, vitamins, minerals, and other nutrients. It’s no wonder it has become one of the most popular Superfruits today.

The goji plant grows naturally in the northern and western regions of China. Both its berries and root bark are used to make medicine and health supplements. Goji berry, also called wolfberry, has an ellipsoidal shape and is bright orange to red in color.

One variety of goji berry has a tangy taste a bit similar to bittersweet tomato. Another variety has a flavor close to raspberry. One goji berry can have as little as 10 or as many as 60 seeds in it. These seeds are loaded with fiber.

Goji berry has been widely used in cooking and traditional medicine by the Chinese for centuries. For hundreds of years now, the Chinese have used it to treat cough, abdominal pain, fatigue, and liver diseases. Its medicinal use was first recorded around 200 BCE in Shen Nong Ben Cao Jing.

This ancient book of medicinal knowledge lists goji berry as one of the 120 herbs in the top grade. Legend even has it that a community of people lived hundreds of years drinking water infused with goji berries. That’s why it was widely believed to be a miraculous potion for longevity.

Even though it was extensively used in ancient herbal medicine, its components were relatively unknown then. Now, modern science has enabled us to discover the exact composition of the goji berry. We now know what exactly makes it so beneficial to our health. Today, goji berry is considered a Superfruit.

Goji berry is highly priced for its high nutrient value and antioxidant properties. It’s rich in vitamins A, B-complex, and C. It also contains 21 trace minerals including zinc, calcium, sodium, iron, and phosphorus. It contains eight of the nine essential amino acids needed for the body to grow and function properly.

A comprehensive review of studies done on Superfruits confirms the beneficial health effects of goji berry. It aids in improving lipid profiles and glucose control, enhancing the immune system, increasing metabolic rates, and maintaining visual acuity. Some of these claims are already backed by researches and clinical trials. Let’s go through these health benefits one by one. 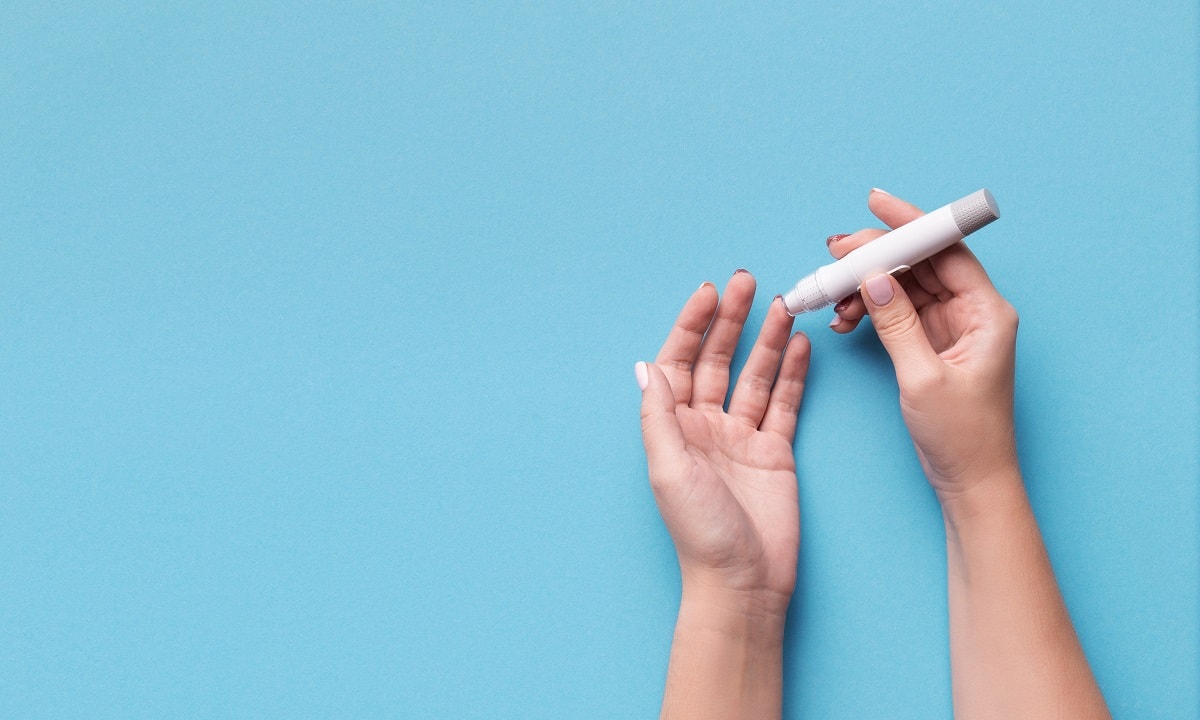 Goji berry is believed to be an effective way to naturally control blood-sugar levels. It not only acts as a natural sweetener but also controls the release of sugar into the blood. Its antidiabetic property is mainly due to its active ingredient, Lycium barbarum polysaccharide (LBP).

A clinical study on the effects of LBP in type 2 diabetes patients indicated its remarkable protective effect. This study shows that LBP from goji berries is a good potential treatment aided-agent for type 2 diabetes.

Among the significant effects are decreased serum glucose, increased insulinogenic index, and increased HDL levels. This means that those who were given LBP had much better glucose control.

It’s worth noting though that efficacy was more significant in patients not taking any hypoglycemic medicines. This may be due to goji berry’s purported drug interactions with antidiabetic medication. Nonetheless, the hypoglycemic properties of goji berry make it useful in controlling the onset of diabetes. 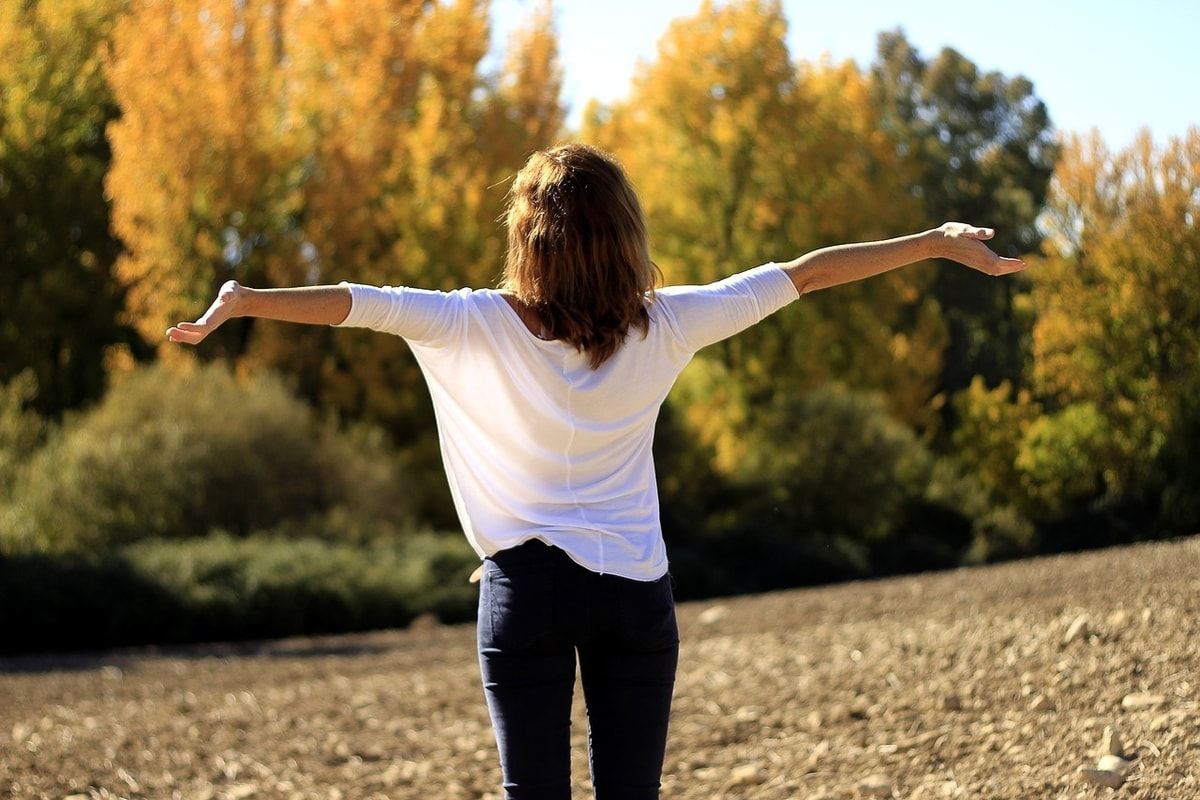 Goji berry has high levels of vitamins A and C — two essential nutrients needed to build immunity. These and other antioxidants boost, intensify, and balance our immune system. This is why goji berry is believed to have the capacity to detoxify the body, fight cancer cells, and thwart tumor growth.

The participants, a group of elderly people, was given influenza vaccine a month after they were introduced to the milk formula. In 90 days, they found that those who consumed the beverage with goji berry exhibited faster and higher production of antibodies.

Still another study on the pharmacological activities of LBP shows that they inhibited the proliferation of cancer cells. They also stopped the growth of new cancer cells. The study confirms that LBPs may be used to suppress secondary tumor formation after the initial treatment of cancer patients.

Aside from being high in antioxidants, goji berry is also rich in fiber. Fiber makes you feel fuller for a longer time. This decreases your intake of food, effectively reducing the number of calories you consume.

Consequently, this leads to weight loss or, at the least, prevents further weight gain. Fiber also plays a major role in digestion. It reduces stress and fatigue caused by improper digestion. Because of its high fiber content, goji berry can relieve constipation in a natural way.

Moreover, goji berry’s a great low-calorie and low-sugar option for those who are trying to lose weight. It contains chromium which helps maintain lean muscle mass and helps the body burn fat faster. It also contains thiamin that efficiently converts carbohydrates into energy. Truly, goji berry can play a vital part in a weight loss program.

To get the best benefit from Goji berry, eat the whole fruit. You can steep the fruit in hot water to make tea, then eat the fruit. 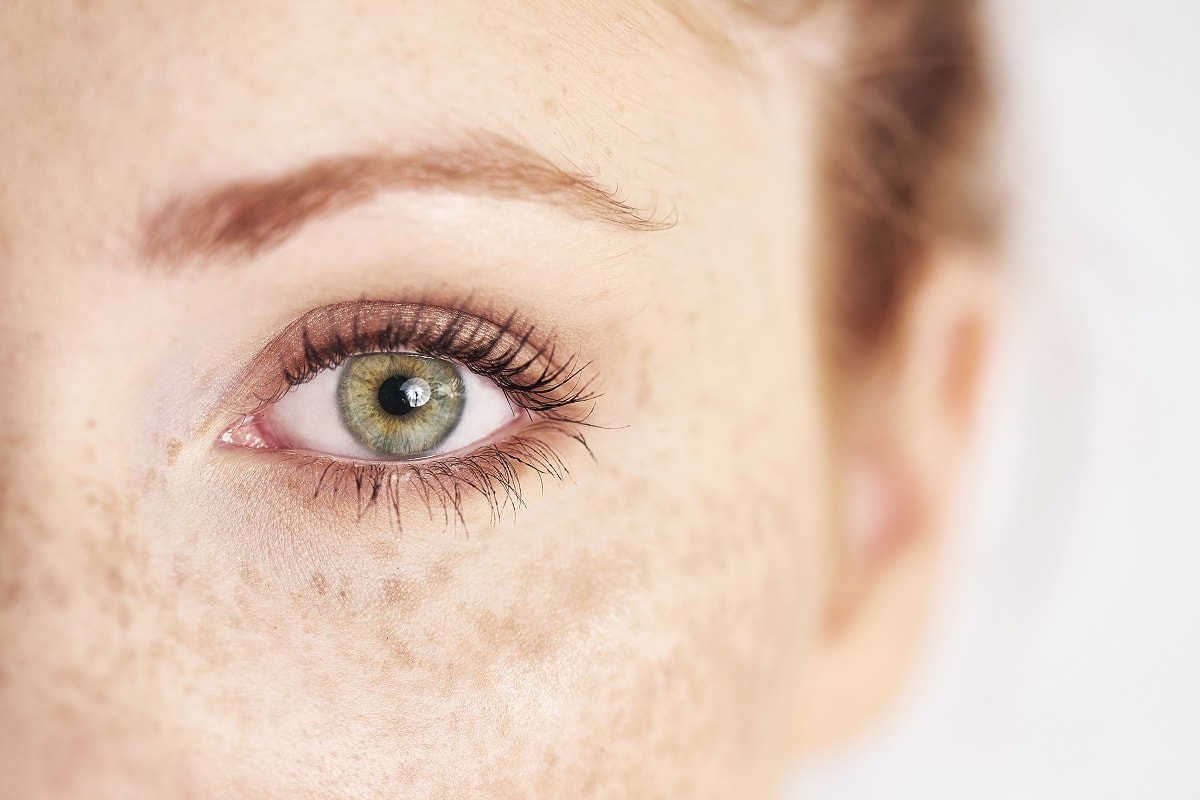 Goji berry contains high levels of carotenoids — lutein and zeaxanthin. These two compounds are believed to be beneficial to eye health. They reduce visual fatigue and prevent cataracts, glaucoma, and other eye diseases. However, studies have yielded inconclusive evidence on the overall effect of these compounds on eye health. Still, there are studies that have proven specific effects.

A news article on the Oklahoma State University website mentions one such clinical study. Dietary goji berries slowed down vascular dysfunction in the retina of mice used in the study.

Goji berry effectively restored the thickness of the whole retina. In another study, it was proven that dietary supplementation with goji berry protects elderly subjects from hypopigmentation in the macula.

These studies show that goji berry can potentially be used to prevent macular degeneration and to maintain visual acuity. It can also protect us from other age-related eye diseases.

These are just four of the health benefits of goji berry that are backed by scientific research. Other benefits include healthier skin, lower cholesterol levels, less mood swings, better liver function, and improved memory. Goji berry’s also commonly used in relieving pain and symptoms of arthritis. In general, it improves your overall physical and mental health.

How to Take Goji Berry and Where to Get Them 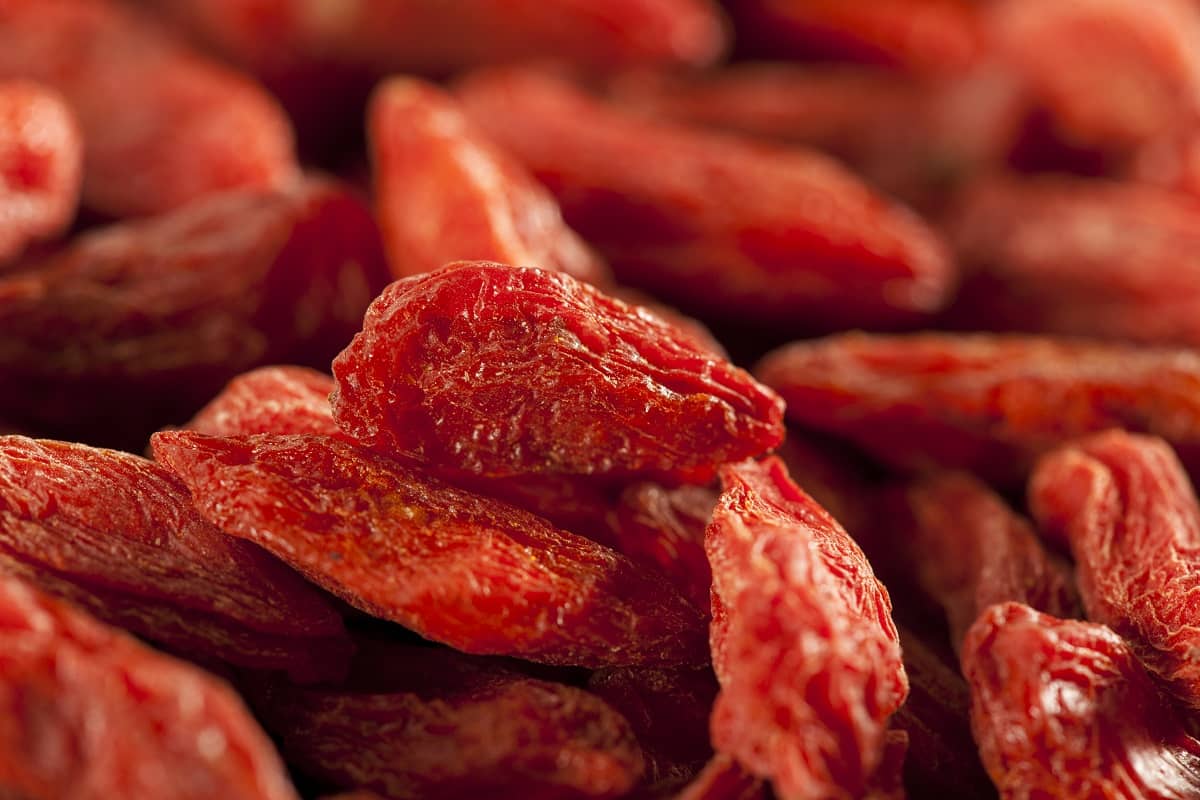 Goji berries are available in various forms. You can buy them fresh, dried, or in juice form. They also come in capsules as health supplements. Fresh goji berries can be eaten raw, baked, steamed, cooked or processed in various ways after they are washed.

Dried ones can be added to trail mixes, soups, salads, and other food. Goji berries also make delicious tea and juice mixes. Of course, to get the most value out of this Superfruit, it’s best to consume it fresh.

Goji berries are usually available in groceries and health food stores. They can also be bought from various online stores. They can be quite expensive though. A 500-gram bag of dried goji berries can cost around $15-$20. This steep price is likely because most stores classify them as health supplements and not as food.

If you don’t want to spend a fortune for these berries, you can easily grow them in your own backyard. You can grow goji berry plants from saplings or seeds. You won’t have fresh fruits available all year round, but at least you’ll save tons when it’s in season.

Should You Include Goji Berry in Your Diet? 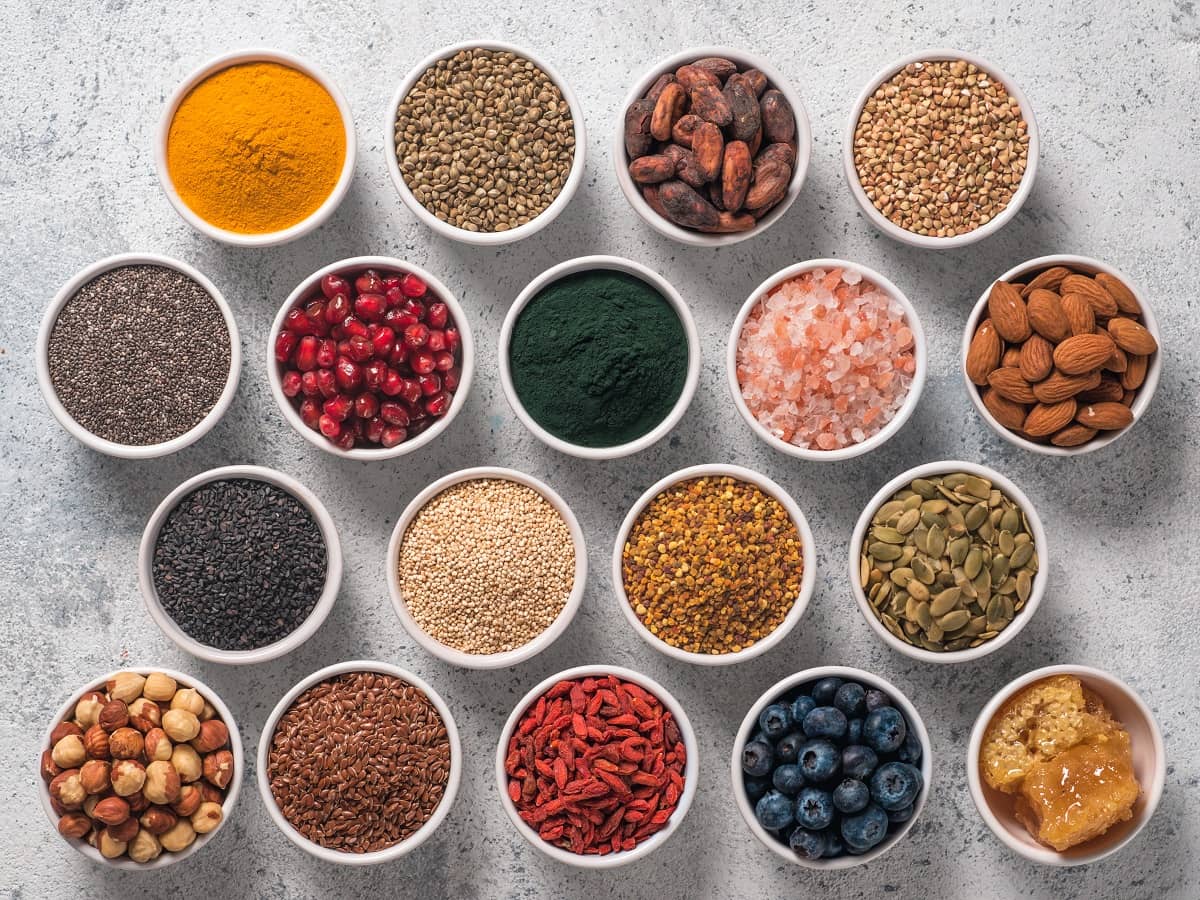 While goji berries bring us tons of health benefits, they’re known to interact with certain drugs. You must take precautions if you’re taking any medication for diabetes and hypertension.

Avoid them completely if you’re taking any blood thinners such as warfarin. Women who are pregnant or are breastfeeding are also warned against consuming these berries. Because of possible ill effects, goji berries must be taken with caution. Do make sure to consult your doctor before taking goji as a health supplement.

Nonetheless, there’s a host of health benefits that can be gained from goji berries. You only need to consume about 20 grams each day to cover your daily oxygen radical absorbance capacity (ORAC) dose. That’s enough daily dose of antioxidants to combat the free radicals in your body.