Matcha, the powdered green tea that’s been a part of Japanese tradition for centuries, has surged in popularity outside Japan for the past few years.

People love matcha so much these days that it has moved beyond just being a healthy beverage, with matcha-flavored food now available in several menus. Matcha-lovers want to drink their tea and eat it too, literally.

Matcha madness doesn’t seem like a trend that is going away anytime soon. With its distinct flavor, visually appealing color, and health benefits, people simply couldn’t get enough of it.

If you’re sitting on the fence about matcha, or if you’re not yet totally familiar with it, perhaps we can convince you to hop on the bandwagon. In this article, we’ll discuss what matcha is and its scientifically-proven benefits. 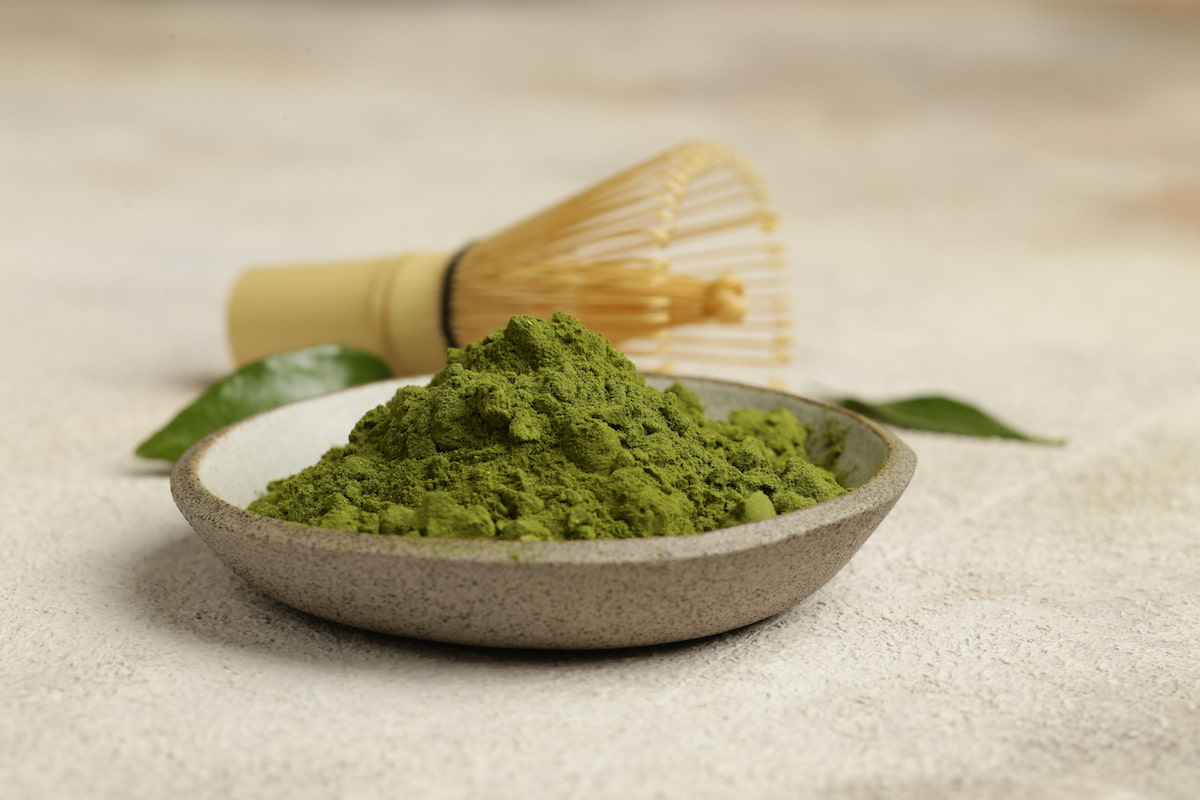 Before we delve into the health benefits of matcha, we’ll give you a brief overview of what it actually is.

Matcha is made from processed green tea leaves, and is produced from Camellia sinensis, the plant from which all types of green tea are derived.

To produce matcha, Camellia sinensis bushes are covered for up to 20 days before harvest to protect the leaves from sunlight. This increases the plant’s chlorophyll level, turning the leaves into a darker shade of green. It also boosts the production of L-Theanine, one of green tea’s beneficial compounds.

The harvested leaves are then steamed briefly to prevent fermentation, laid out to dry, and stone-ground to turn it into a fine powder.

Matcha has a rich tradition dating back to the 12th century Japan. With a traditional Japanese tea ceremony centered on the preparation, serving, and drinking of this particular tea, it’s little wonder Japan produces the best matcha in the world. 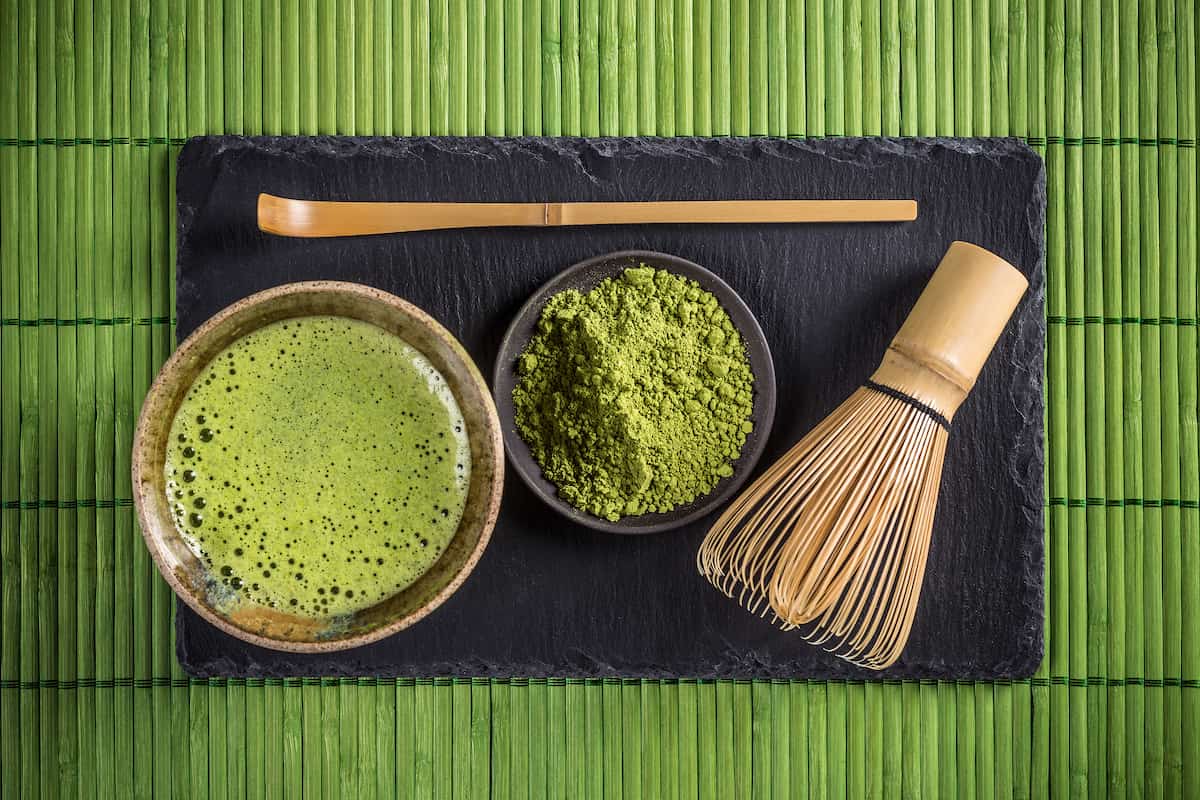 There are several grades of matcha, determined by the ingredients used, the quality of its appearance, and the way it was processed. The two primary grade categories are the ceremonial grade and the culinary grade.

The former is the highest quality green tea there is, and is the one used in traditional Japanese tea ceremonies. It has a bright green color that’s easily distinguishable from other tea grades. It also has a fine texture and a mild flavor.

The culinary grade, on the other hand, is mainly used for cooking and baking. It’s blended with other ingredients in food and beverage recipes. Culinary grade matcha also isn’t necessarily inferior in quality to the ceremonial grade matcha; it merely differs in preparation and use.

The main driving force behind matcha’s surge in popularity is its health benefits. These aren’t merely purported benefits aimed at getting people to buy the product; these health benefits are backed by research and proven by science. 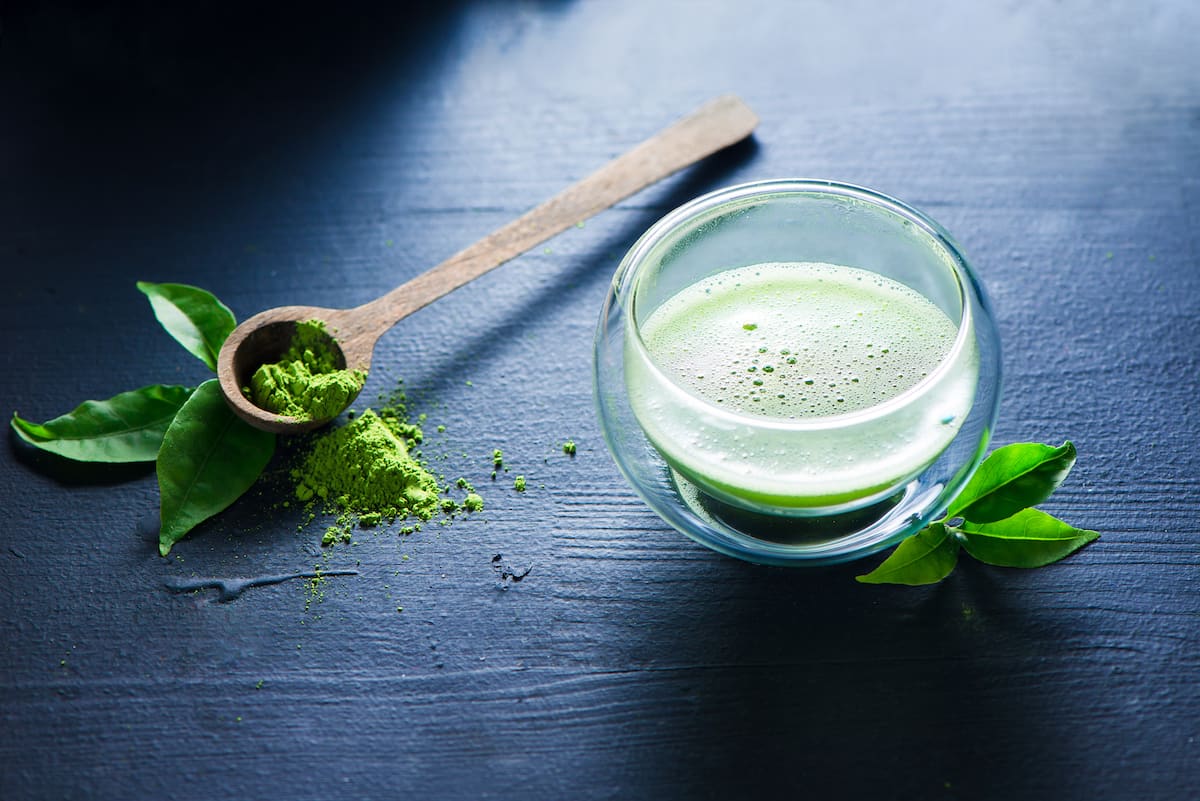 You’ve probably heard the term “antioxidants” often, but what exactly is it?

Antioxidants are substances that protect cells from free radicals, or unstable molecules that damage cell DNA. Antioxidants make up part of our body’s defenses against disease and aging and matcha has plenty of those.

A study by Massachusetts-based Tufts University confirmed matcha’s high antioxidant levels. With an oxygen radical absorbance capacity (ORAC) rating of 1573 units per gram, it has over 15 times the amount of antioxidants in present blueberries and around 50 times the amount in broccoli.

2. Boosts Energy minus the Jitters 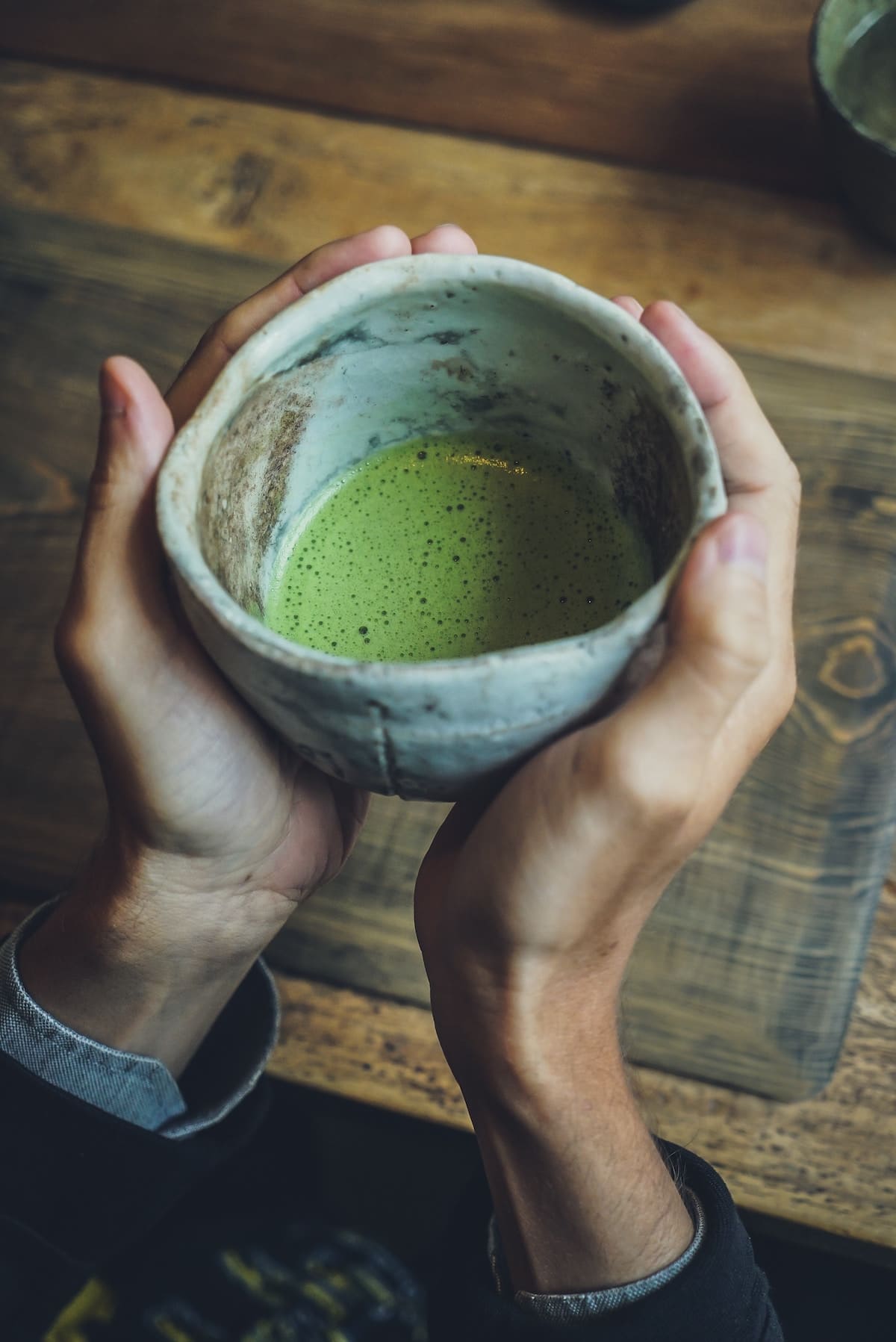 Like your favorite cup of joe, matcha also contains caffeine. This means you can get the same energy boost from matcha as your coffee.

However, unlike coffee or energy drinks, matcha contains the amino acid L-Theanine, which has a calming and relaxing effect. This amino acid also slows the release of caffeine, so you won’t feel the jitters like when you drink coffee.

With matcha, you only get a clean caffeine hit, making it an excellent alternative to coffee. 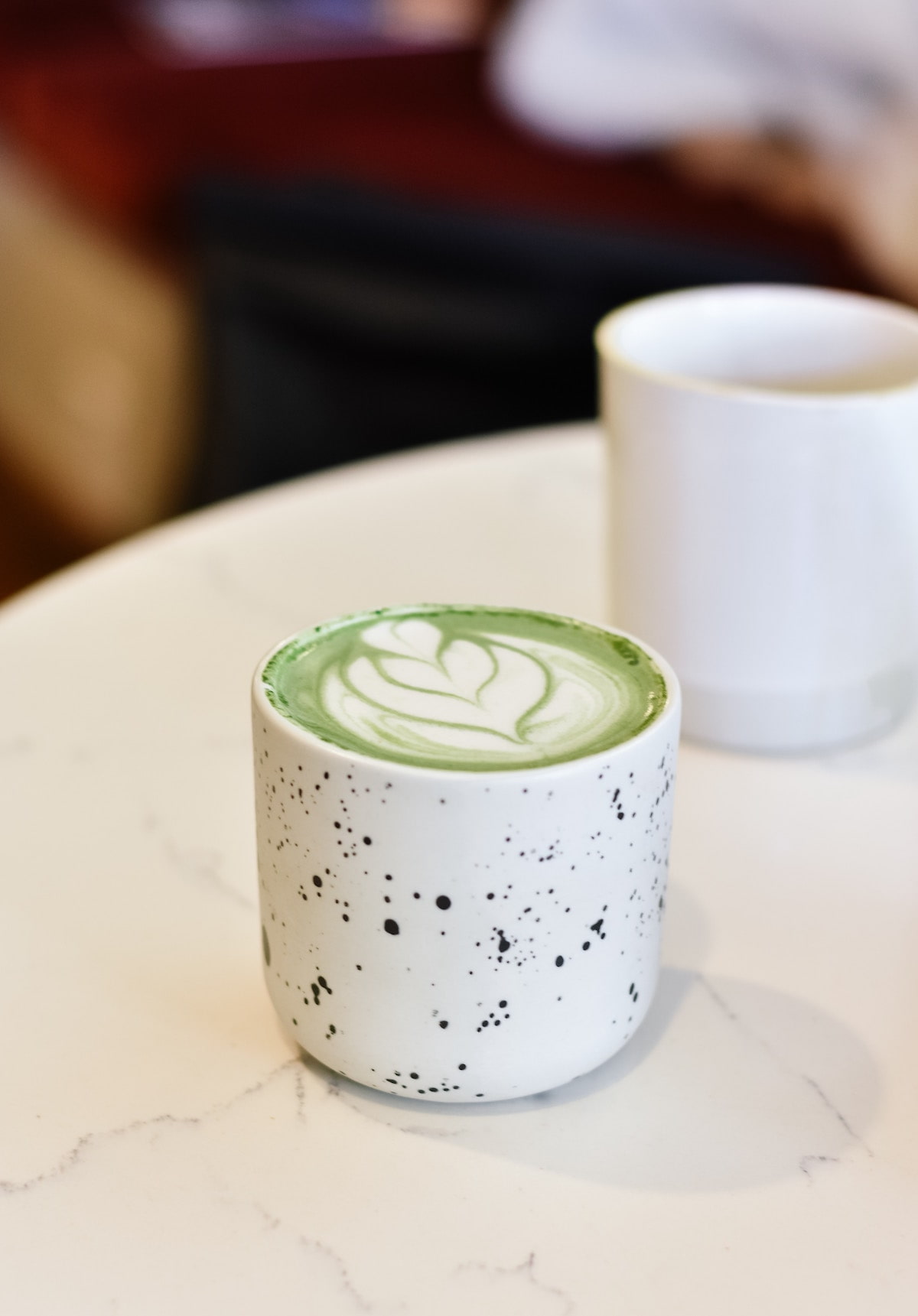 There are several ways that matcha helps you lose weight.

For one, it is rich in a compound called epigallocatechin gallate (EGCG). This antioxidant compound has been shown to increase metabolism and halt the growth of fat cells.

A study by the American Journal of Clinical Nutrition also revealed that regularly consuming green tea boosts the process of thermogenesis, which is the body’s rate of burning calories.

Matcha is also known to have appetite-suppressing qualities. By consuming matcha as a replacement for your favorite sugary drink, you get to consume fewer calories and curb your cravings while still getting the same energy boost.

Did you know that drinking matcha can also make you smarter? A 2013 study that measured brain performance divided two groups of people. One group was either fed with either a bar containing matcha or a matcha tea. The other group received a placebo tea and bar.

The group that consumed actual matcha performed better than the placebo group. With matcha, the participants demonstrated an increase in memory, attention, and reaction time.

A separate 2017 study also backed these findings, with matcha drinkers experiencing a boost in attention and processing speed. 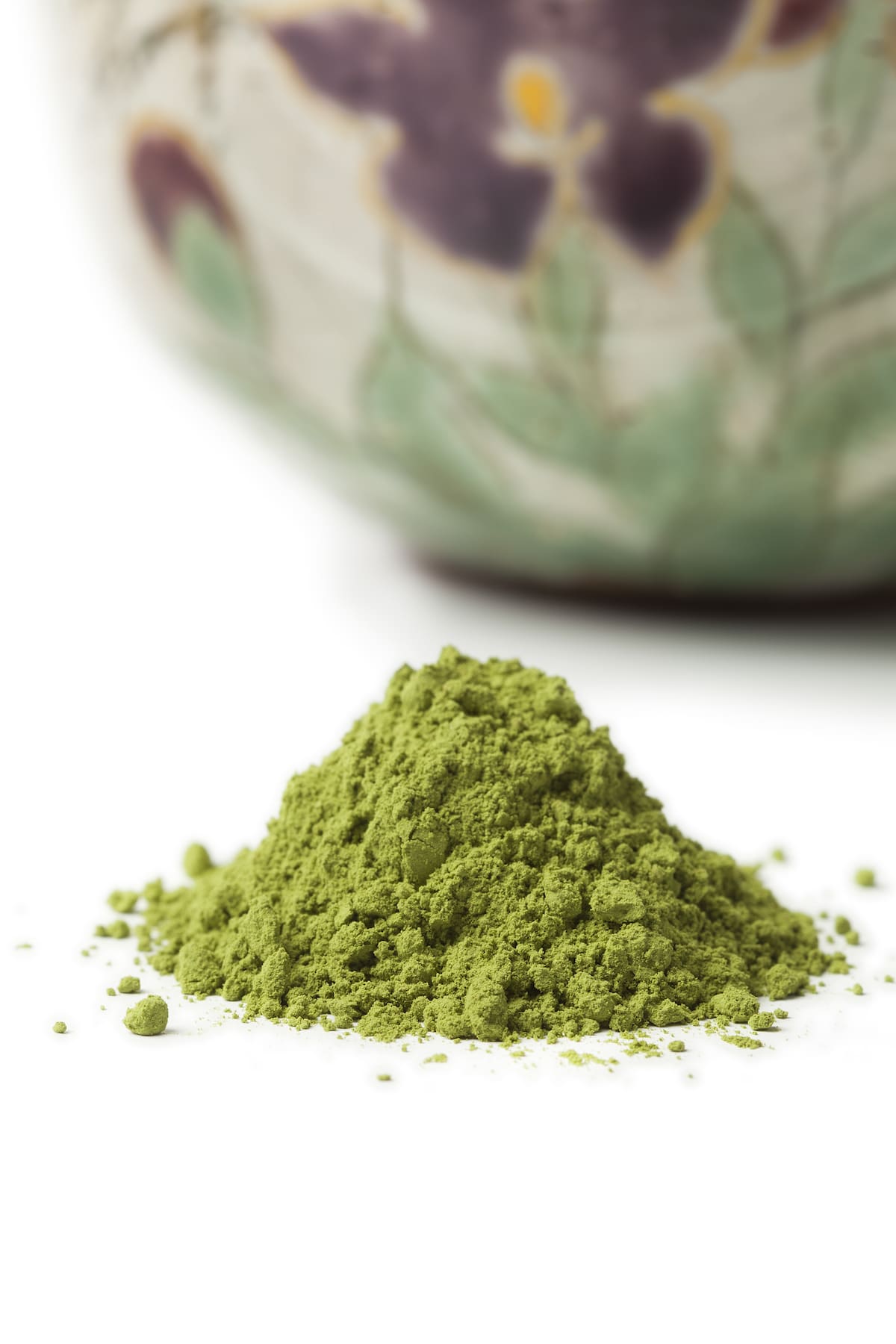 LDL, more commonly known as bad cholesterol, is the main culprit in the buildup of fatty acids in the arteries, which can lead to stroke or heart attack. Because matcha is loaded with EGCG, drinking it on an everyday basis will help you achieve healthier cholesterol levels.

How exactly does matcha help strengthen our bones? Through Vitamin K.

We know a lot about Vitamin D’s role in developing stronger bones: it also helps in metabolizing calcium and mineralizing bones, thereby contributing to the process of bone strengthening.

A daily dose of even just one and a half teaspoons of matcha will provide you with enough Vitamin K you need for the day.

With matcha helping fortify your bones, it also lowers the risk of developing osteoporosis in the future. 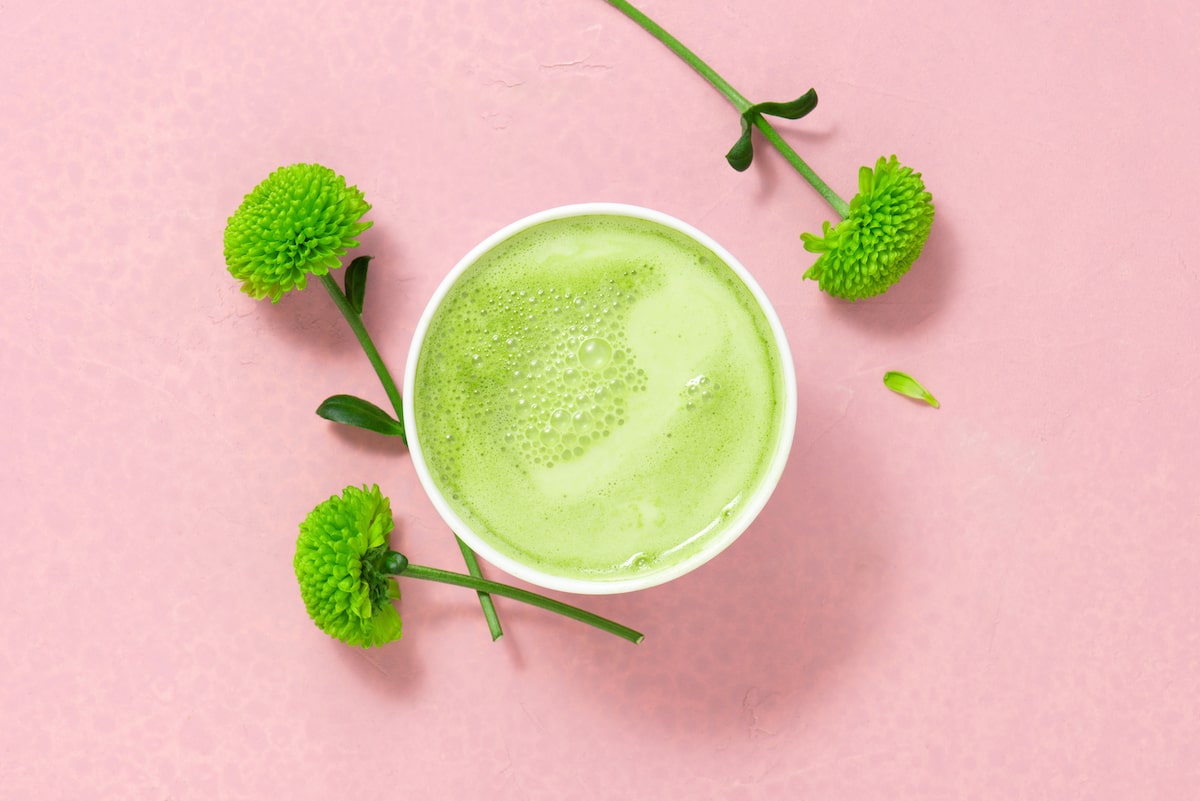 We already mentioned how shading the matcha bushes before harvest increases its chlorophyll, giving it its distinct vibrant color. However, chlorophyll is much more than that. This green pigment is also beneficial in detoxifying our body of harmful chemicals.

With matcha containing an abundance of chlorophyll, it’s an excellent drink to help clean up our body system. 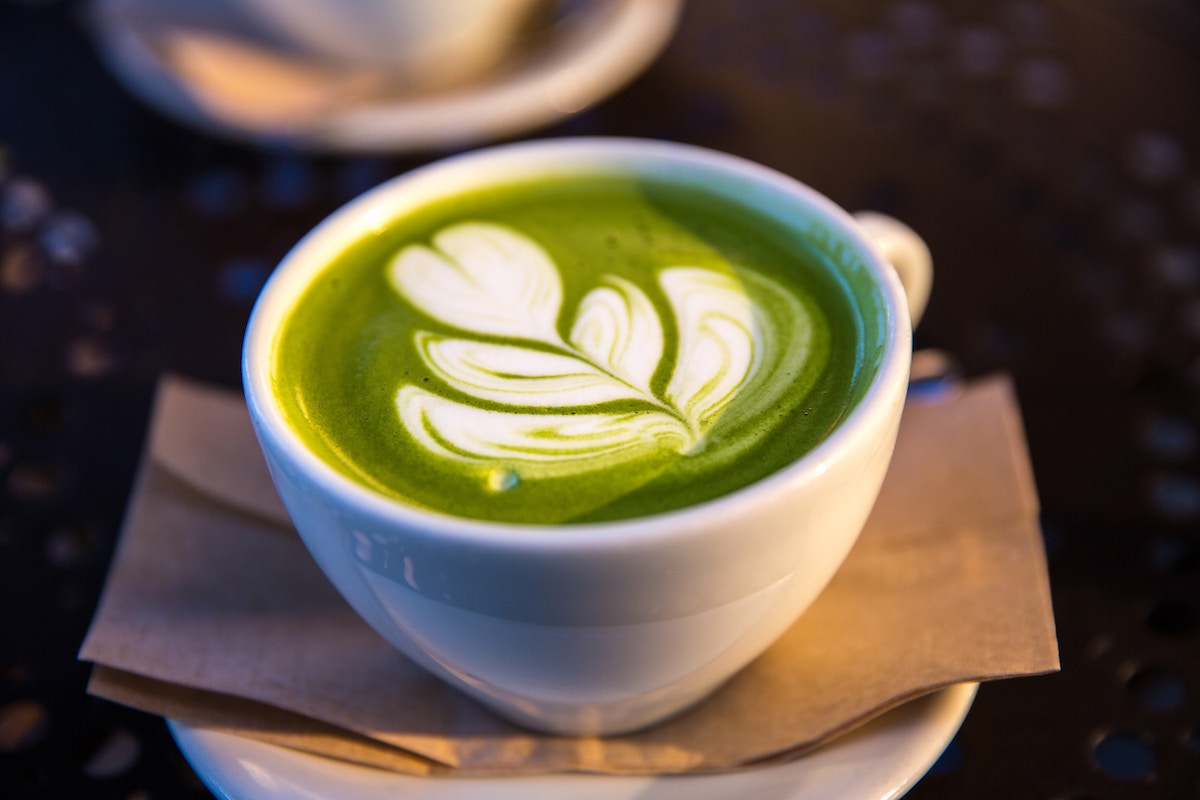 With all of its proven health benefits, matcha truly is a super drink. There are even studies linking EGCG to cancer prevention, although there are no specific studies yet that prove matcha’s anti-cancer benefits.

The best part about matcha is that it doesn’t take much effort to prepare it. It’s as simple as sifting the matcha powder into a cup, pouring water just a tad under a boil, and whisking it until it’s frothy. There’s no need to add any other ingredients.

If you’re thinking of a healthy drink that you can enjoy daily, matcha is an ideal choice.