Several plants and herbs are used for medicinal purposes. Rhodiola Rosea is one of them. It is a plant whose root is used to treat several conditions. While scientific evidence is still in the early stages, there has been positive feedback about the usefulness and safety of using rhodiola.

Rhodiola is an adaptogen. This means it is a natural substance that helps increase the body’s resistance to physical, environmental, and chemical stress. Rhodiola has also been used for increasing energy, strength, and mental capacity.

While more studies need to be conducted to find conclusive proof of rhodiola’s benefits, it is still widely used today as a dietary supplement, and users claim positive effects when it comes to battling fatigue and helping mitigate stress.

Read on to find out if rhodiola may be the dietary supplement you need. 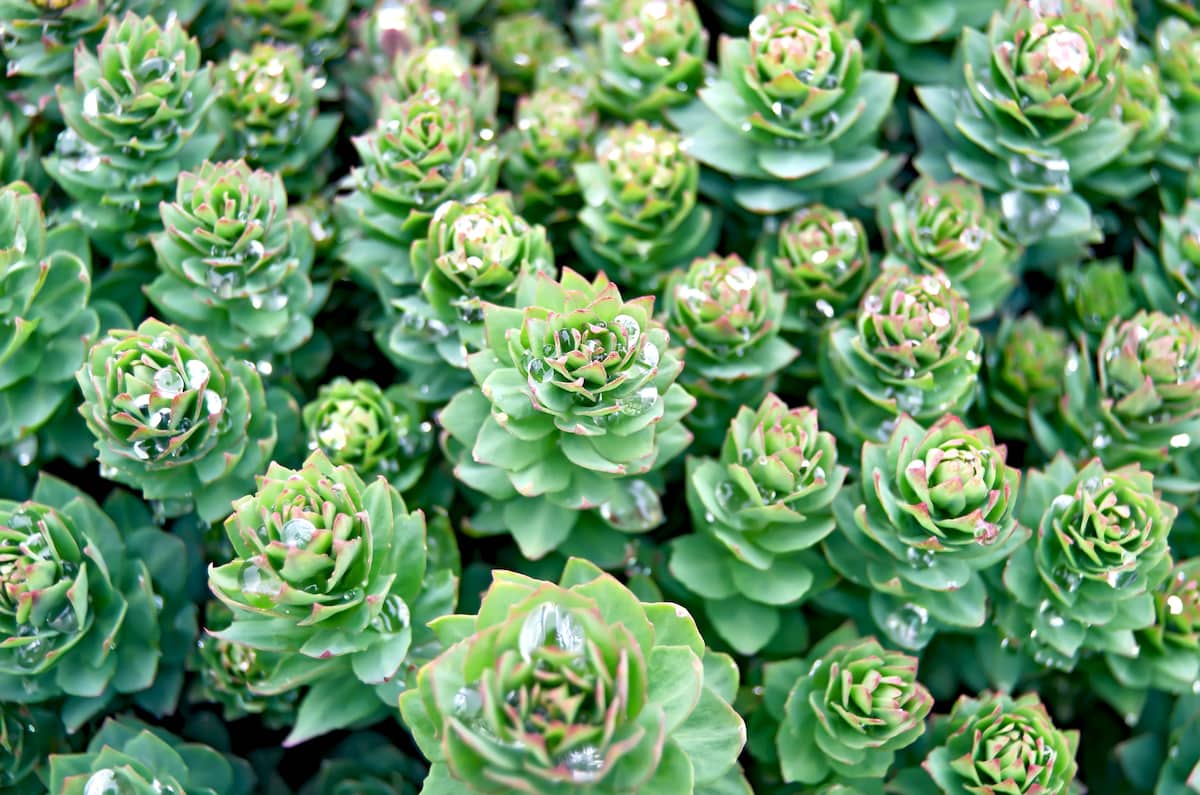 Rhodiola is an herb that grows in the mountainous and cold regions of Europe, Asia, and Alaska. It is also known as “golden root” or “arctic root,” and its scientific name is Rhodiola Rosea.

As a medicinal herb, rhodiola has been used for centuries in Sweden, Russia, Greece, and more. Greek physician Dioscorides mentioned it as far back as the first century AD. It has been used by Russians and people in several Scandinavian countries to treat fatigue, depression, and anxiety.

The rhodiola root has more than 140 different active ingredients. The two most potent of these ingredients are salidroside and rosavin.

Today, it has only increased in popularity, and many people use it as a dietary supplement to help boost their energy and help them combat stress and depression. 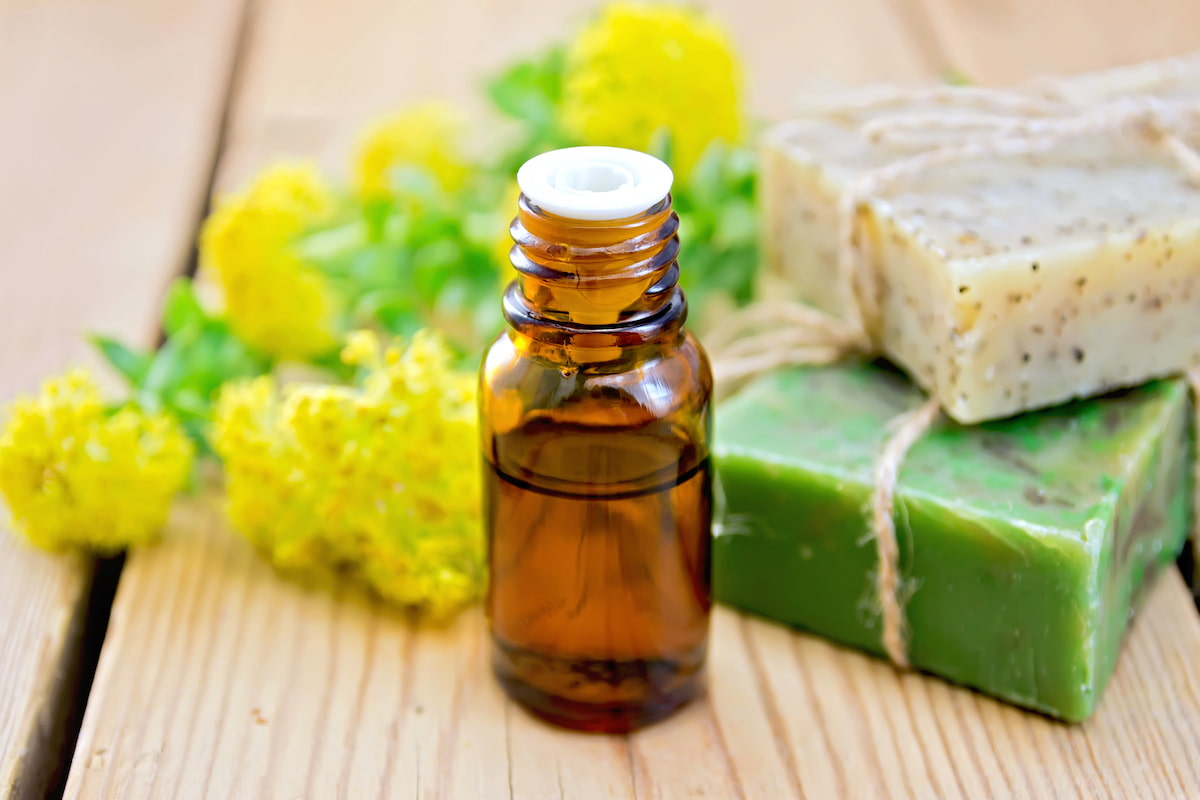 Many herbalists and alternative medicine practitioners stress the importance of rhodiola for depression, anxiety, and fatigue. But these aren’t the only benefits to taking the arctic root. This natural medicine stimulates serotonin, dopamine, and norepinephrine activity, which is important when it comes to healthy neurological and emotional stability.

While research is still ongoing to fully understand the benefits of this medicinal herb, there have also been sufficient studies that show its effectiveness.

Find out more about how rhodiola can help you calm your nerves, fight depression, and boost your energy:

One of the main uses of rhodiola is to help mitigate and manage stress. Because the root is a natural adaptogen, it helps increase the body’s resistance to all kinds of stress.

Consuming adaptogens during stressful times can help you manage your stress levels better. A study looked at the benefits of giving over 100 participants 400 mg of rhodiola regularly to see if they were able to manage their stress better.

The results showed a marked improvement in stress, fatigue, and anxiety in as little as three days. This only continued to improve throughout the experiment.

Likewise, rhodiola is also helpful in preventing stress-related burnout and is good for people with high-stress jobs.

Depression, while common, is a severe condition that can threaten everything in your life. Doctors and psychologists are constantly looking for ways and means to help manage depression, and sometimes it’s a combination of therapy, pharmacologic medicines, and natural remedies.

One study found that rhodiola administered to men and women between the ages of 18 and 70 helped significantly lower levels of depression and insomnia. At the same time, it was seen to strengthen emotional stability. No serious side effects were noted.

A subsequent study in 2015 also showed that rhodiola extract decreased levels of depression in participants while having no adverse or unexpected side effects. 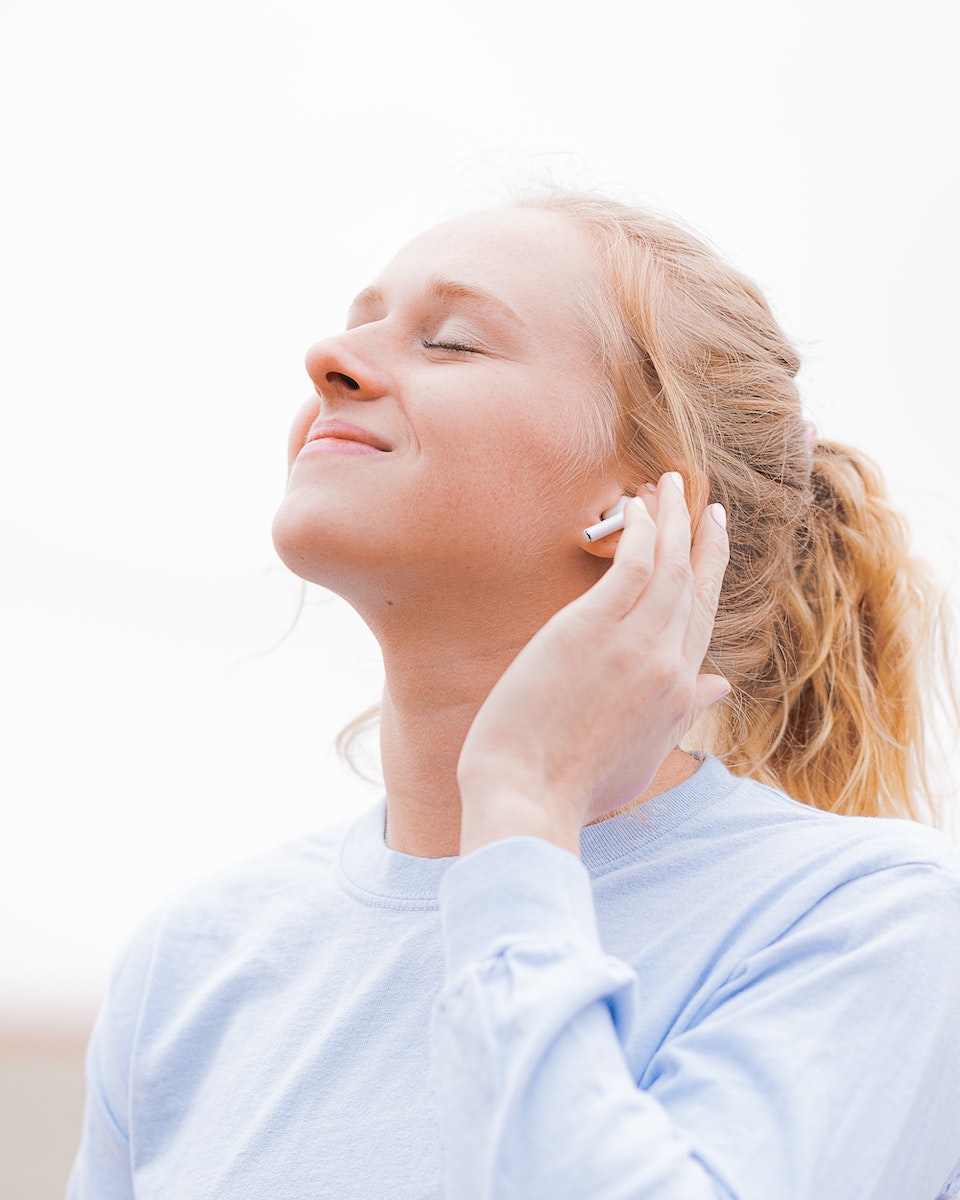 Many factors can cause fatigue—some of them include stress, anxiety, and insomnia. These can lead to mental tiredness and even physical stress.

In the same vein, rhodiola can help alleviate stress and depression as its adaptogenic properties can also help combat fatigue. Studies have shown that rhodiola extract seems to decrease fatigue and provide a sense of calm and wellbeing in students and night-shift workers.

A study was conducted involving 100 participants with chronic fatigue who were given 400mg rhodiola every day for two months. Throughout the experiment, they showed improvements in fatigue, stress-related tiredness, mood, concentration, and even quality of life.

Based on studies, rhodiola may improve exercise performance.

Another study showed that rhodiola may also improve stamina. In a study, participants who received rhodiola were shown to be able to exercise longer and better than those who did not take rhodiola.

According to the results, the participants who took rhodiola may have been able to exercise with more effort and for a longer period because the herb helped reduce their perceived exertion. 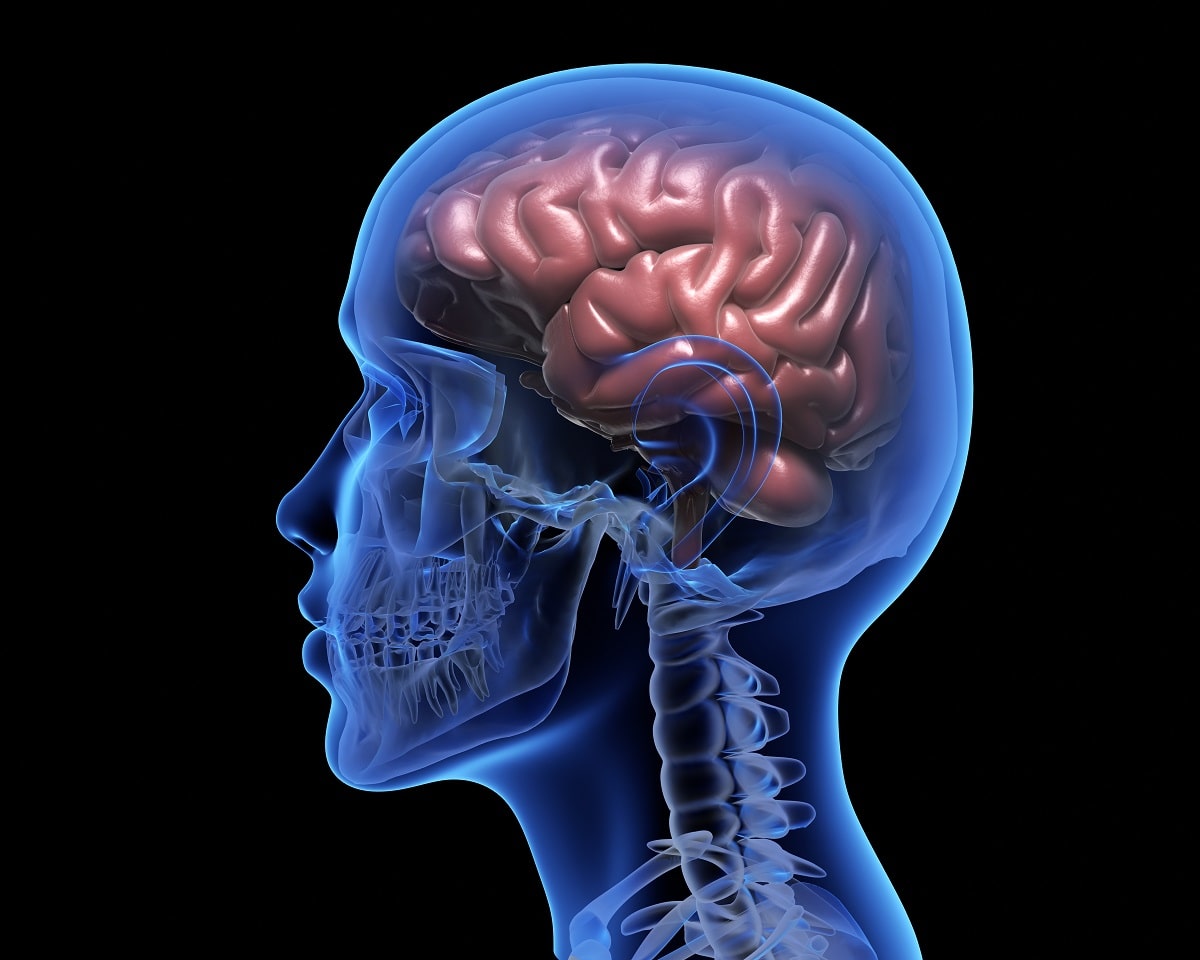 There are many factors to helping keep brain functions strong. Some of these include proper nutrition, adequate sleep, and manageable stress levels. Rhodiola is an herbal supplement that helps address all of these.

One study researched the effects of rhodiola on cadets in the military who were assigned to evening shifts. These cadets were divided and were given varying doses of rhodiola. Throughout the experiment, each group showed improvement in the cadets’ mental work capacity despite the dosage amount.

Another study focused on nightshift physicians. They were randomly assigned to receive either a dose of rhodiola or a placebo. Those who received the rhodiola showed an improved performance in work tasks by as much as 20% compared to the other group.

Diabetes happens when the body is unable to produce or respond to the hormone insulin. This causes high blood sugar levels in the body. People who suffer from diabetes usually use insulin injections or medicine to help normalize these blood sugar levels.

The research is positive and a compelling reason to move forward with controlled studies on human diabetic patients. At this point, it can’t be said conclusively that the effects would be the same. 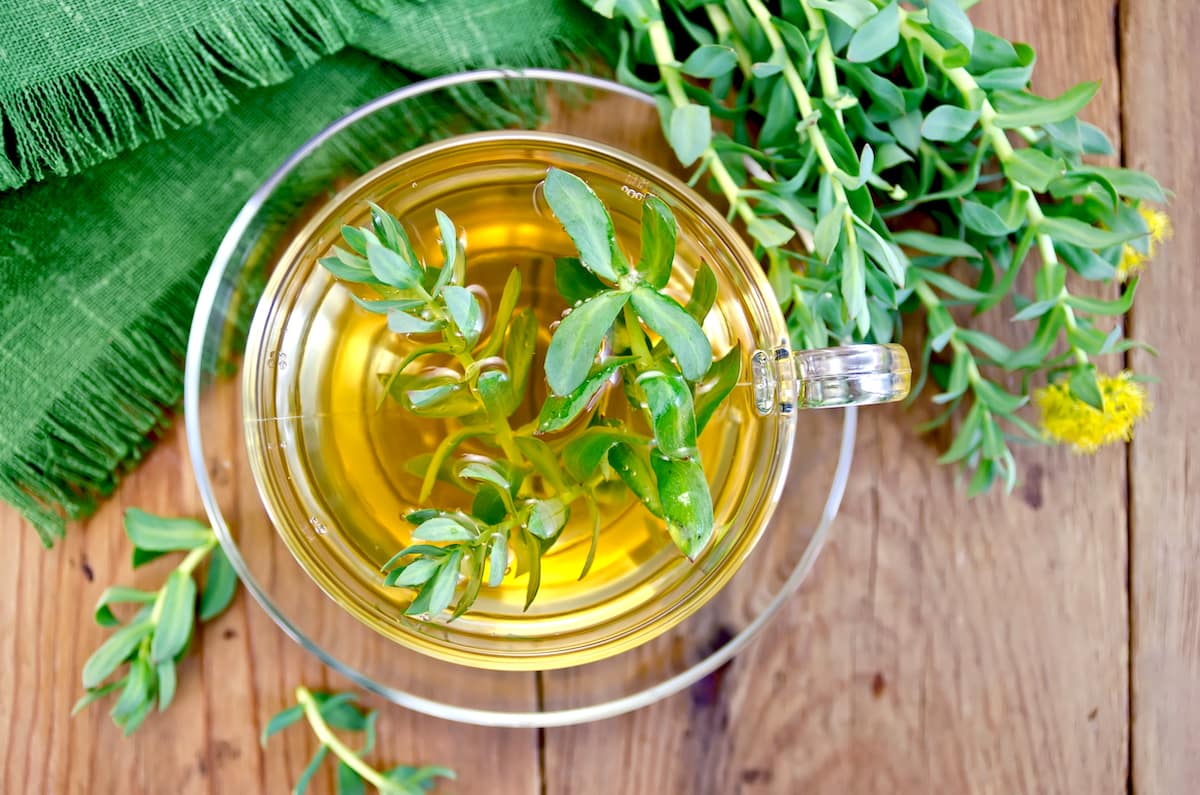 Further studies need to be done to show conclusive proof of the effectiveness of rhodiola, but there have been extensive studies on how the medicinal herb helps combat depression, anxiety, and fatigue. If you suffer from these conditions or if you work in a high-stress job, this natural remedy is the perfect choice to use as a dietary supplement.