Lychee, or litchi, is a stone fruit (a fruit with a large pit or “stone” inside) covered in a thin but leathery pink to reddish-brown shell. It resembles longgan and rambutan, fruits which are almost of the same taste.

Lychee fruits grow in clusters on a mid-sized evergreen tree and are harvested during summer. It grows in tropical Southeast Asian countries and was introduced to the rest of the world in 1775 when it was brought to Jamaica to be cultivated.

To eat a ripe lychee fruit, the shell is peeled off to expose succulent white flesh, which wraps around a smooth inedible brown seed.

Lychees are a favorite among Chinese and Indian consumers and are still considered an exotic treat in some Southeast Asian countries even if they grow locally. Lychee trees only bear these fruits for a limited time each year.

It is not recommended to eat unripe lychee or eat the fruit on an empty stomach. There have been several reports of children getting ill in India due to the hypoglycemic effect it has.

But is the lychee fruit all bad? In ancient China, it was traditional to use lychees as a remedy for cough, gastric pains, ulcers, flatulence, hernia-like swelling, and testicular swelling. What is the scope of the benefits and nutritional value that we stand to gain from consuming the lychee fruit? 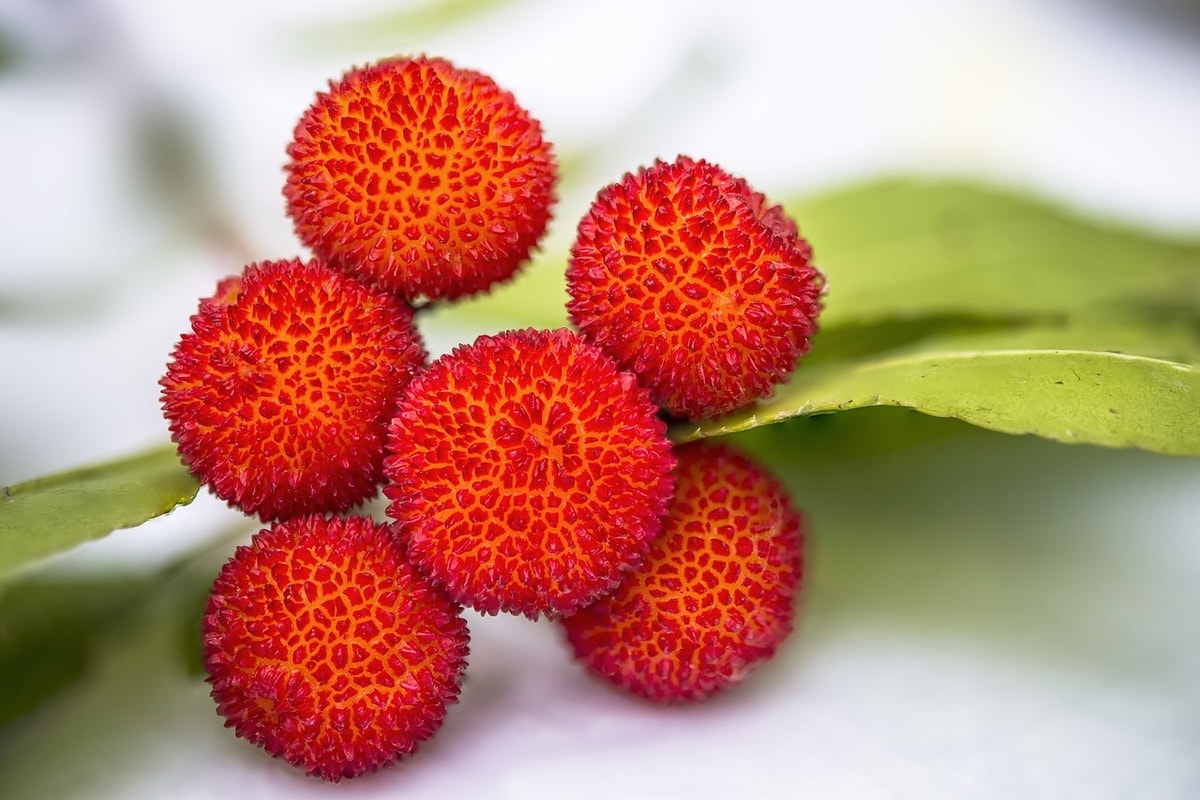 Our body cannot produce Vitamin C naturally and relies on food and supplements to get it, a good example being lychees. Vitamin C is one of the most vital nutrients we must consume on a daily basis. It is often stressed how Vitamin C boosts the immune system to keep guard against illnesses.

Even people who are sick or are undergoing treatment are often advised by physicians to take enough Vitamin C every day. In ancient China and India, lychees were commonly offered to people with the flu to help them recover faster and prevent illnesses from spreading further.

Vitamin C helps heal wounds and injuries to bones and muscle. Every tissue in the body needs to be fortified with this vitamin for strength and protection from oxidative damage. A hundred grams of lychees provide more than the recommended daily value of Vitamin C.

There is no danger in going overboard with Vitamin C intake because it is a water-soluble substance and any excess immediately leaves the body through urination. 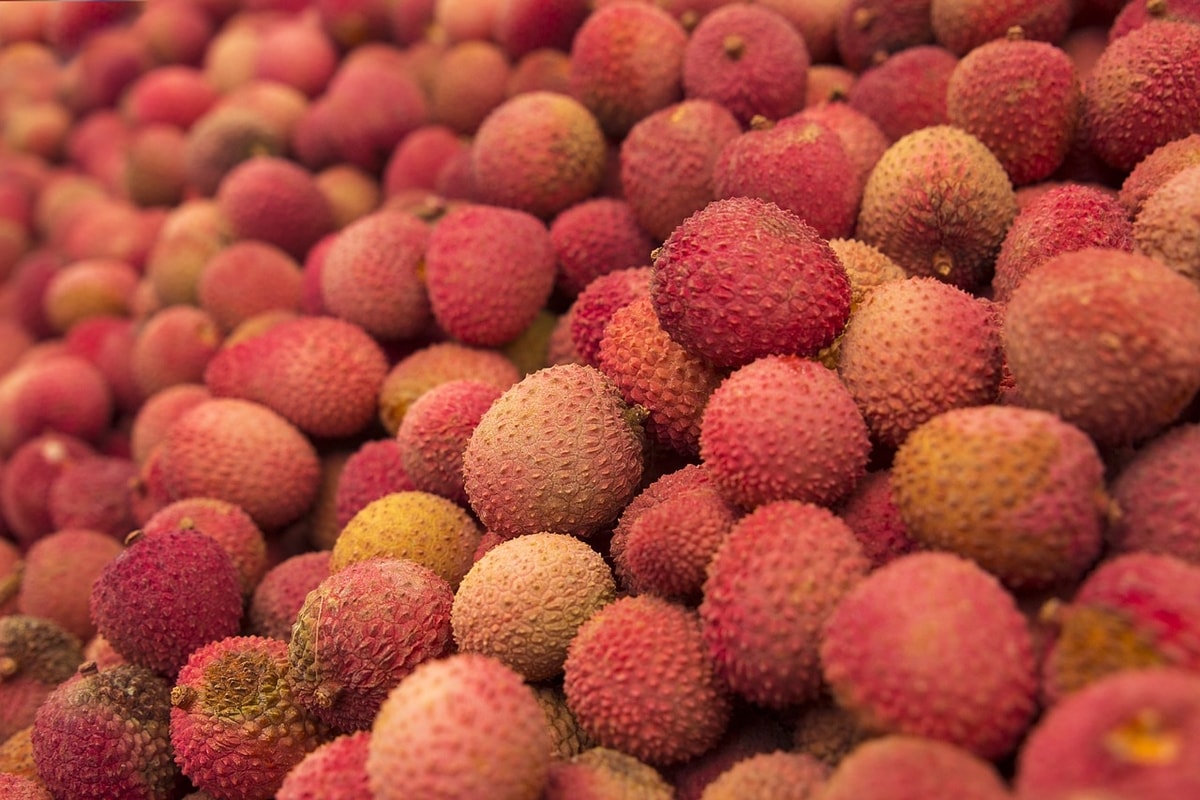 There are different types of B-vitamins and it is highly beneficial to get them all. These B-vitamins coupled with Vitamin C will give you a very powerful antioxidant. Vitamin B is another water-soluble substance that can easily be flushed out from the system should there be an excess in quantity.

Vitamin B-complex is proven to have positive effects on the brain and nerves. People who regularly take it exhibit better memory and cognitive functions. They are also at less risk of developing Alzheimer’s disease.

Stroke patients and people with high levels of homocysteine can get therapeutic benefits from the regular intake of Vitamin B-complex.

Pregnant and lactating women are always given these vitamins to help nourish themselves and their unborn or breastfeeding baby. Folates, a type of B-vitamin, helps prenatal brain and spinal development.

Vitamin B-complex is an important aid in the production of ATP, or the molecule that transports energy to the different organs that need it. Athletes, children, teenagers, and workers especially need Vitamin B to help them keep their energy up during the day.

It is also a natural antioxidant and helps with repairing damage brought by exposure to harmful UV rays, low blood circulation, and the low production of collagen in the body. Getting enough Vitamin B-complex will lead you to a healthier complexion, skin, nails, hair, and bones. 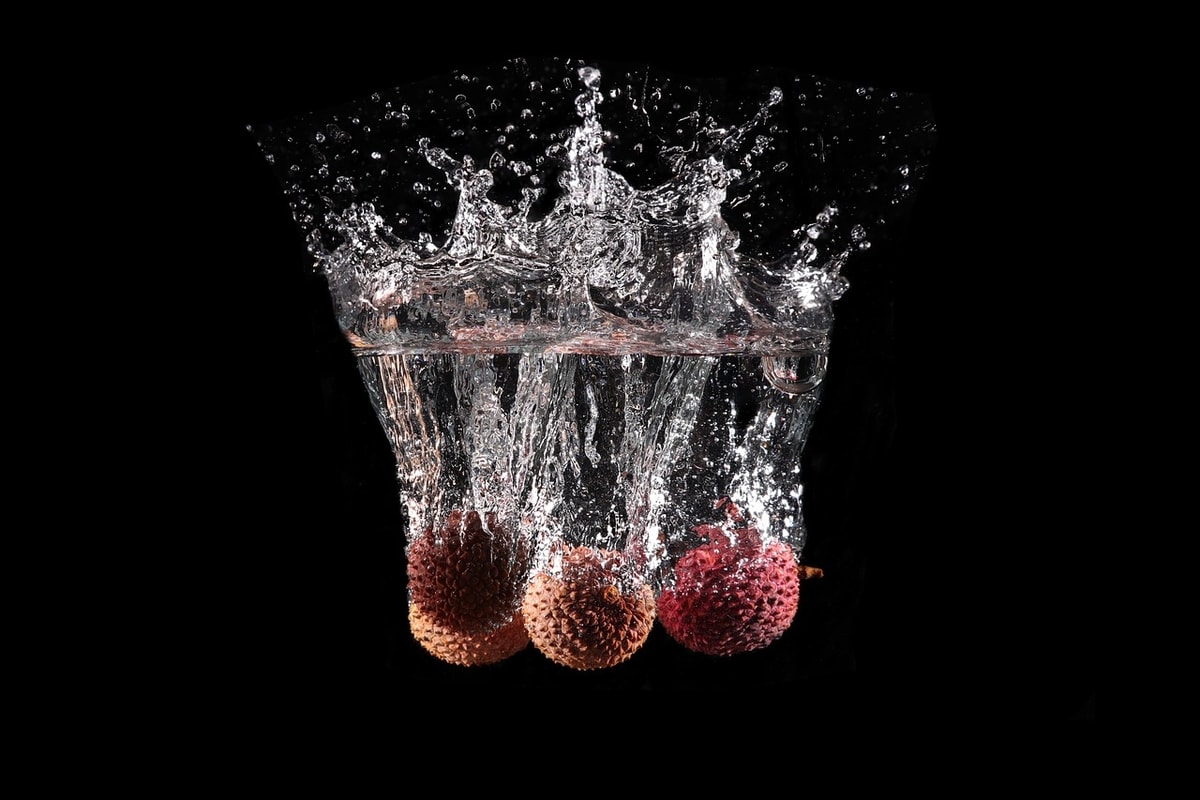 Lychees are abundant in a polyphenol called oligonol. There are over 8000 types of polyphenols that exist in nature.

These are only found in natural plant food sources. Its main contribution to health is its antioxidant activity against potential deterioration and aging. Oligonol in particular has shown to be effective in inhibiting the influenza virus.

Oligonol is exclusive to lychee fruits. Although there are no studies yet about its long-term adverse effect on the body, oligonol exhibits a promising effect on people who want lose weight healthily.

Obesity is a natural epidemic that leads to variety of diseases and places a lot of stress on the musculoskeletal system of a person.

In one scientific study made on obese Saudi women, oligonol supplements improved the lipid profile of the group supplemented with it versus the group that only took a placebo.

No ill effects were noted. It is safe to assume that oligonol is a friendly polyphenol to the heart and other vital organs in the body and is recommended for people who have cardiovascular diseases or diabetes.

This is mainly attributed to oligonol being more easily absorbed by the epithelial cells in the stomach when compared to other polyphenol extracts.

Wealth of Minerals and Other Vitamins 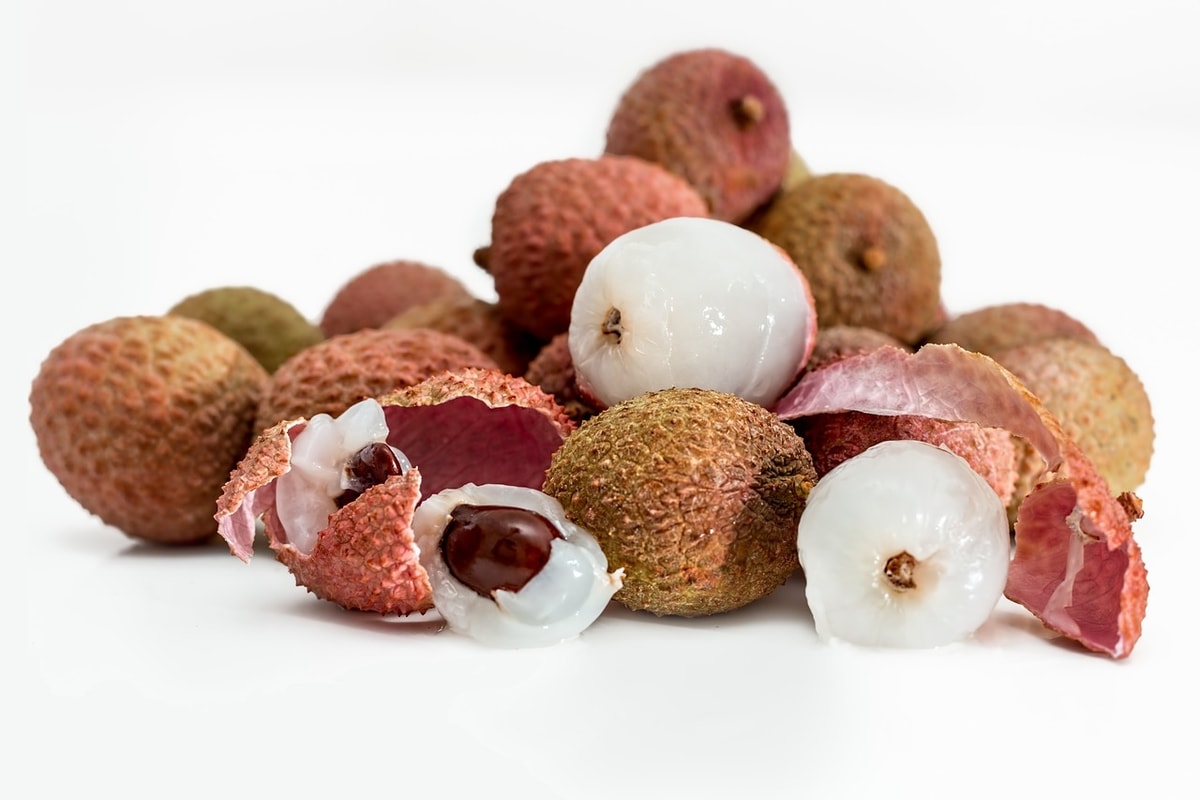 The lychee fruit, combined with a healthy diet and lifestyle, can help you avoid many illness and disease. Degenerative diseases that are caused by aging and an unhealthy lifestyle can be controlled with the help of the many minerals and vitamins lychees can provide.

The symptoms of cardiovascular diseases such as hypertension and coronary heart disease can be controlled by the consumption of lychee. Other diseases with symptoms that can be alleviated are diabetes, arthritis, and osteoporosis.

Potassium, magnesium, phosphorus, Vitamin K, calcium, and other trace minerals are all found in this little fruit.

Lychees also carry dietary fiber and enough calories to help with digestion and keeping energy levels up throughout the day. People who are watching their weight also do not have to worry about the calorie count in these fruits since a cup only contains 125 calories. 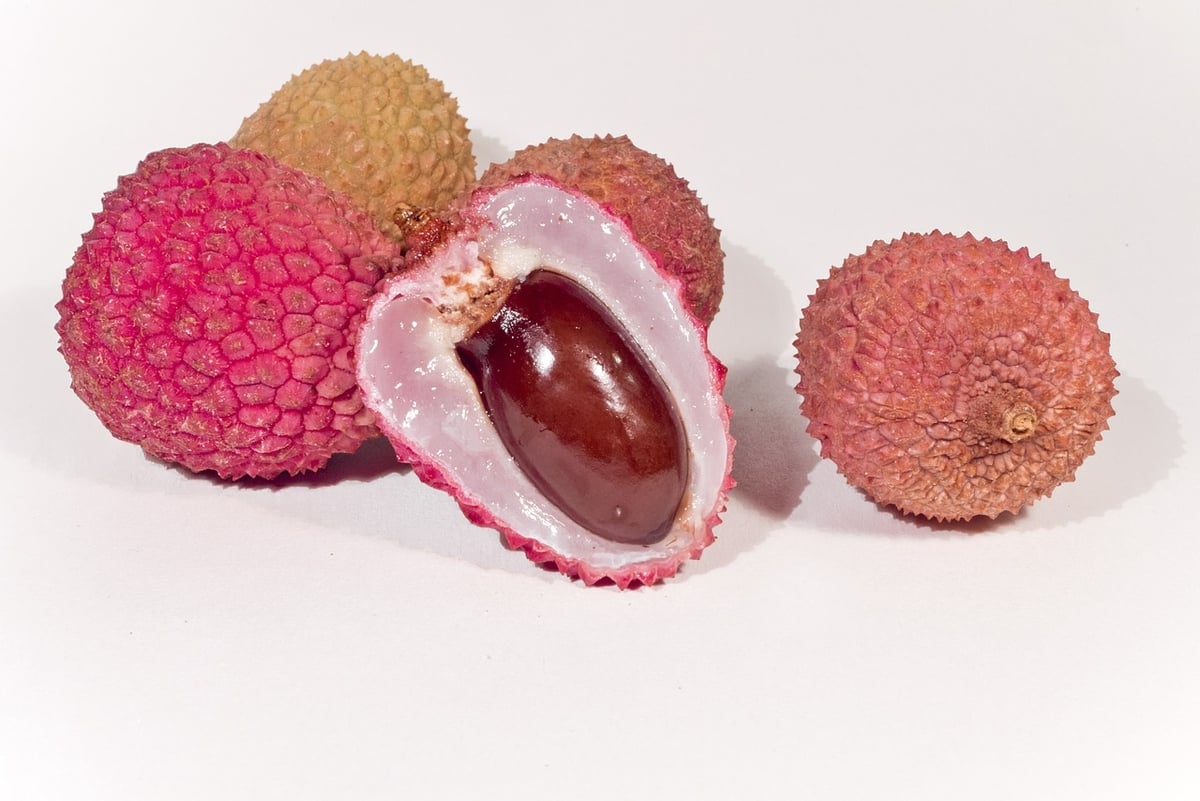 The USDA measured 100 grams of lychee and found that it can deliver the following benefits to the body:

Including Lychees in Your Diet 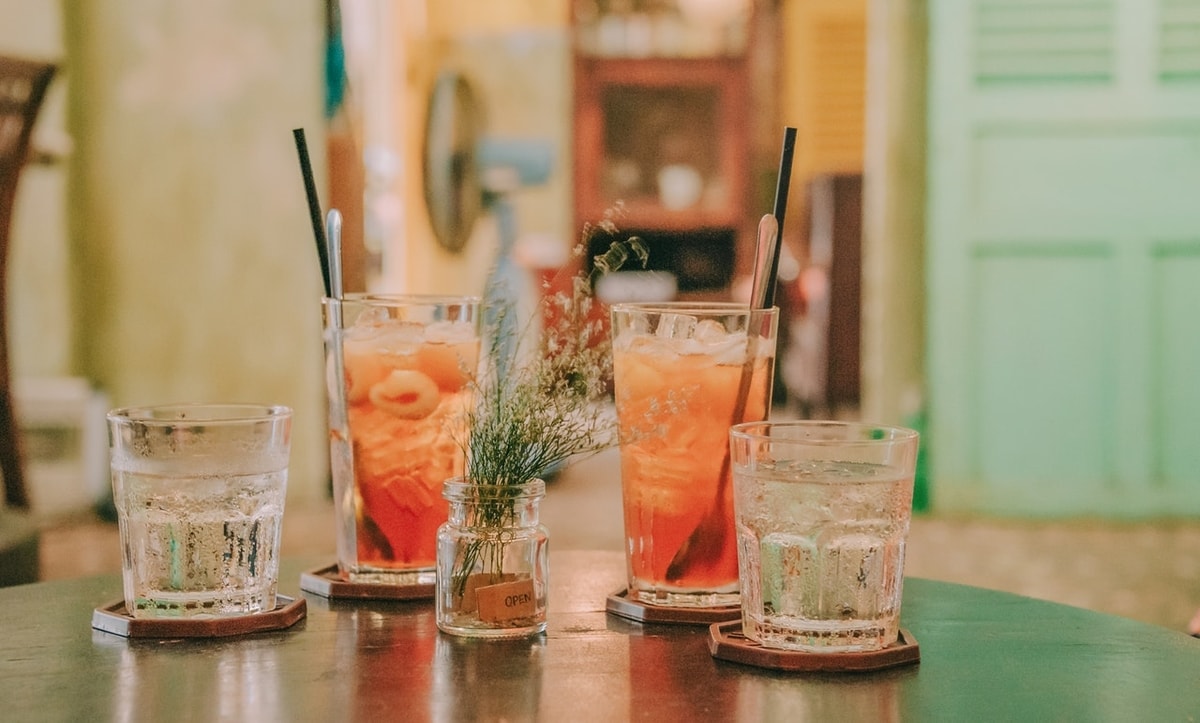 It’s not hard to love the juicy and tart flavor of the fleshy lychee. Children and adults are not likely to turn away from a bite of this succulent fruit. Besides eating lychees on their own, are there others ways to eat them? 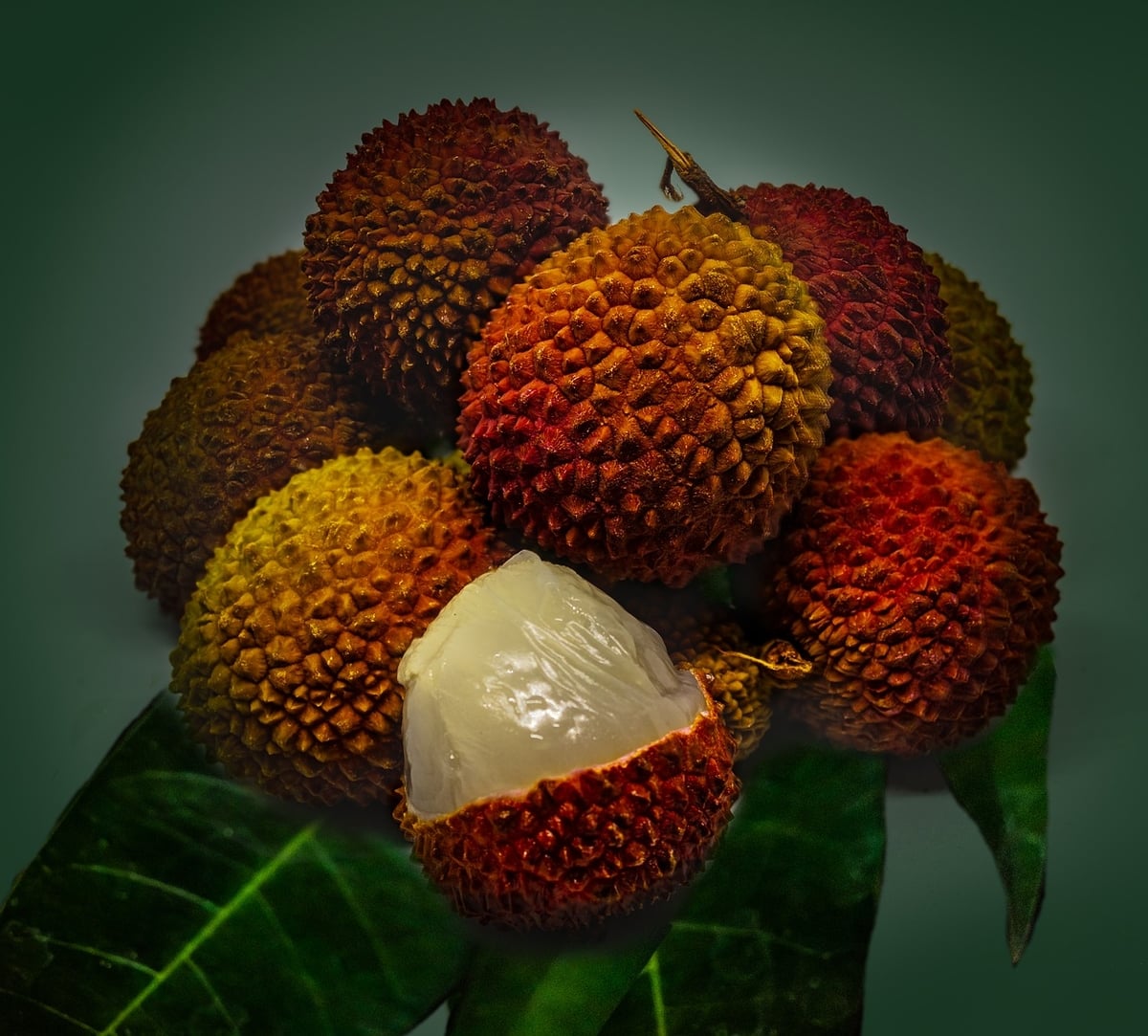 The lychee is an exotic fruit with limited availability. If you can find some in your local market or grocery store, buy them fresh and eat them as it is.

Lychees are a very good source of oligonol which can fight off the influenza virus, keep the lipid profile in check, and help shed off excess weight. It is also one of the highest sources of Vitamin C and B-complex, which are nature’s powerful antioxidants.

However, lychee consumption should also be kept in check among children. Do not eat unripe lychees or consume them on an empty stomach. Since lychees can also bring down blood sugar, too much can cause a hypoglycemic effect. The recommended serving is only 1.5 to 2 cups a day.

Why don’t you consider using lychees as a refreshing treat against the grueling heat of summer? Instead of relying on sugar-filled treats and desserts, you can eat lychees in many different ways. It is an instant favorite among children and adults.