With the advent of innovative fitness menus and lifestyle plans, people are taking care of their overall well-being more. One of the essential elements of staying healthy and keeping fit is doing regular exercise.

Some do sports, while others go to the gym. There are also people who do other physical activities, such as dancing and hiking mountains.

However, another vital part of having a sound mind and body involves noting one’s body intake. Eating right, as an integral part of a healthy lifestyle, has become evident in recent years.

Some people stay away from drinks with artificial sweeteners. Others choose to lessen their intake of processed foods. Among those who do so add more vegetables and fruits in their diet.

Yet, with so many options, how can one choose where to start? Well, how about going with a fruit that keeps you full and hydrated at the same time: watermelon?

Watermelon (Citrullus lanatus) is a flowering plant species. It is part of the Cucurbitaceae family. The vine originated from Southern Africa.

There have been pieces of evidence that show watermelons have already been cultivated since Ancient Egypt. In modern times, the watermelon is described to be a large tropical fruit. It has a thick rind, which is usually green. The inner color of the fruit ranges from red to pink.

Containing many black seeds all over its insides, watermelons are considered pepos. Pepos are berries characterized as fleshy fruits with many seeds and hard rinds. Other examples of pepos include cucumbers, melons, and pumpkins.

However, what makes watermelons ideal to be included in one’s diet? Find out six surprising benefits of the sweet fruit that can already be considered as both a meal and a drink. 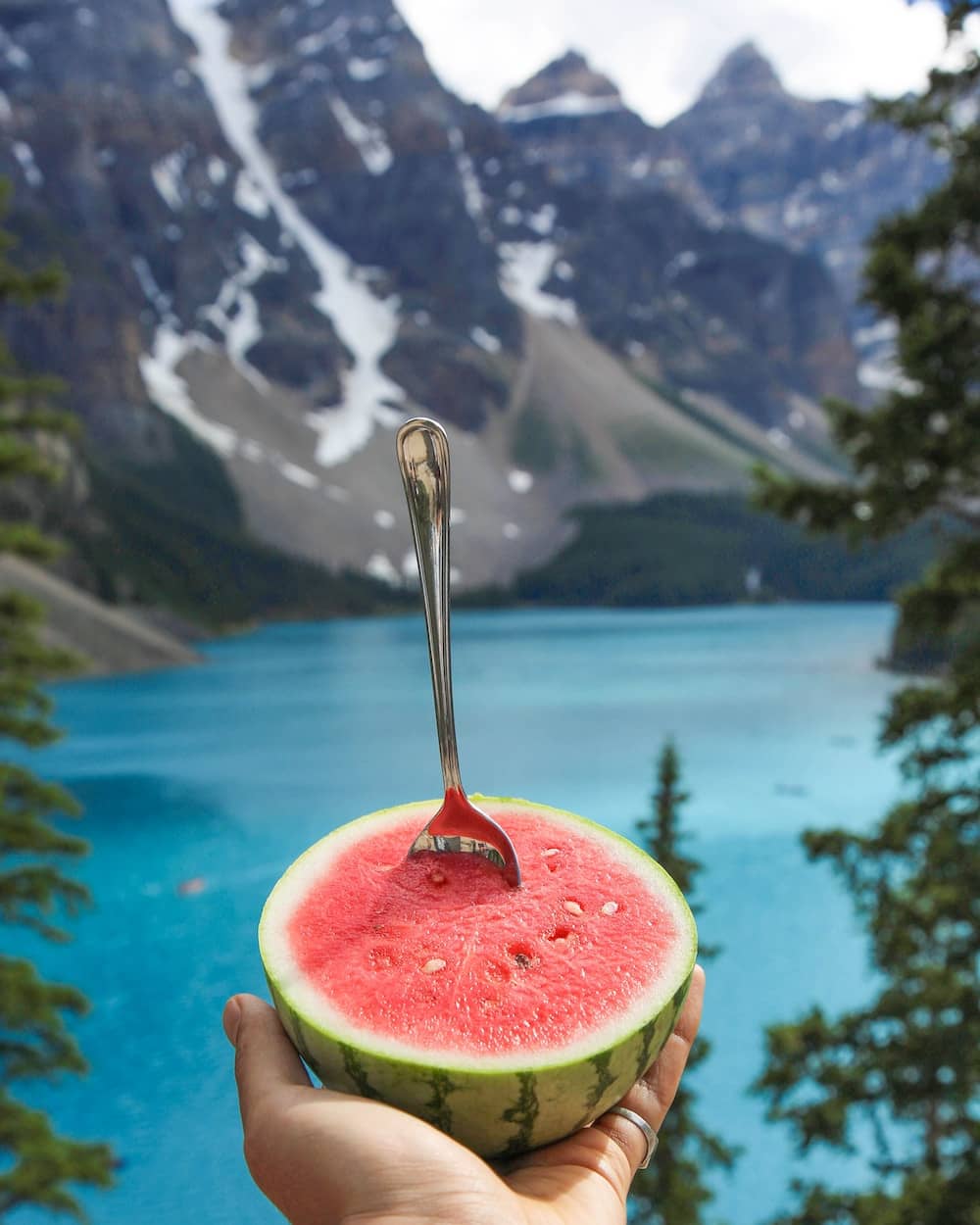 When one thinks of a fruit that would be a great source of vitamin C, the fruits that immediately come to mind are those with sour tastes. These may be kiwifruits, limes, and lemons, among others.

However, sweet-tasting fruits such as watermelons also have their fair share of vitamin C. Healthy diets that include regular eating of watermelons boosts the immune system and prevents vulnerability to illnesses.

According to a 2015 academic journal article, watermelons, especially their seeds, are also great sources of amino acids, minerals, niacin, and retinol (vitamin A).

Similar to tomatoes, watermelons are also great sources of lycopene. Lycopene is a natural pigment that gives watermelons their red color.

Aside from this, lycopene is also known to be an antioxidant. Antioxidants are substances that fight free radicals that cause cell damage. One might ask, “How can I harness the full potential of watermelons to fight free radicals in the body?” Another 2015 research answered that.

The study found that extracting watermelon juice through high pressure is more effective than thermal treatment. It was also concluded that the result can be useful to pasteurize and produce better quality watermelon juice.

Aside from preventing cell damage, lycopene is also proven to lower the risk of heart-related diseases such as heart attack and stroke.

With watermelons containing plenty of lycopene, one’s heart health will surely benefit from eating watermelons often. Although proper exercise is still vital in having a healthy heart, it will surely not harm one to include the fruit in their regular diet.

Lycopene helps the heart by preventing high blood pressure and high cholesterol. Lycopene specifically does this by preventing artery walls from thickening. According to a 2018 research, lycopene acts as an anti-inflammatory agent to lower the instances of blocked arteries.

Moreover, watermelons are also abundant with the amino acid called citrulline. When converted by the body, citrulline becomes nitric oxide, among other amino acids and chemicals.

Nitric oxide then aids the body in decongesting the blood vessels. This lowers the blood pressure. In a 2017 review, it was further proved that eating watermelons provides vascular benefits while resting and exercising.

Aside from the mentioned nutritional benefits, watermelons also contain vitamin B6, magnesium and potassium.

Watermelons also ensure that the kidneys are able to perform their functions. The potassium found in kidneys is of great help to the organ. Potassium assists in cleaning the kidneys and removing toxic substances in the body.

This is because watermelons also have albuminoids, gum, pectin, and plant phytosterols, among others.

Furthermore, watermelons are made up of 90% water. This means that the fruit is said to have diuretic properties. It allows for frequent urination, which is beneficial in kidney cleanses.

A 2018 science article then validated that watermelon pulp extracts significantly increased the diuretic effects in the male Wistar rats used as test subjects in the in vivo environments. 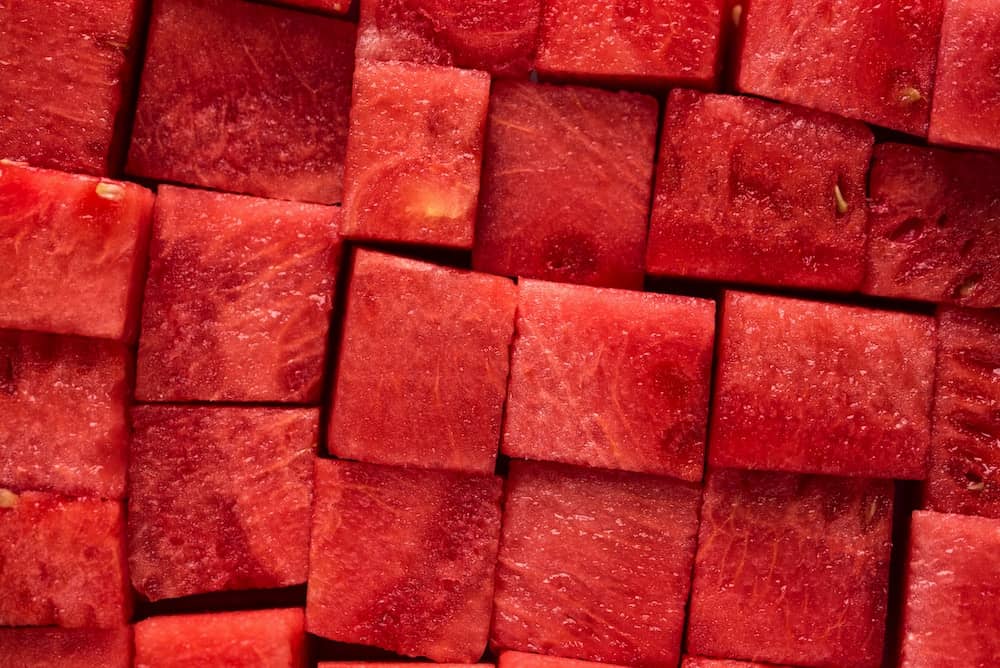 Aside from the mentioned vitamin C, lycopene, and potassium, among others, here are some more proofs that watermelons should be one of the go-to fruits in one’s diet.

It was earlier established that watermelons also contain fiber, a vital component in preventing gastrointestinal complications such as constipation.

However, the fiber content is not the only factor that makes watermelons helpful in assisting the digestive system to do its function well. Watermelons are also known for their high water content.

Therefore, the fruit is beneficial in easing digestion since constipation can also be caused by the lack of fluid intake. The small intestines are the first ones to suffer if not enough water flows inside the body.

Thus, if one is having difficulties drinking the recommended eight glasses of water, fresh slices of watermelons are great substitutes to some of those glasses.

Better yet, why not create fresh watermelon drinks to have the best of both worlds? You can find a simple but delicious recipe here. In the recipe, the key to creating the watermelon juice is to sift the drink through a coriander first before pouring and serving it in glasses. Add mint and a slice of lemon for a refreshing twist and it is done! 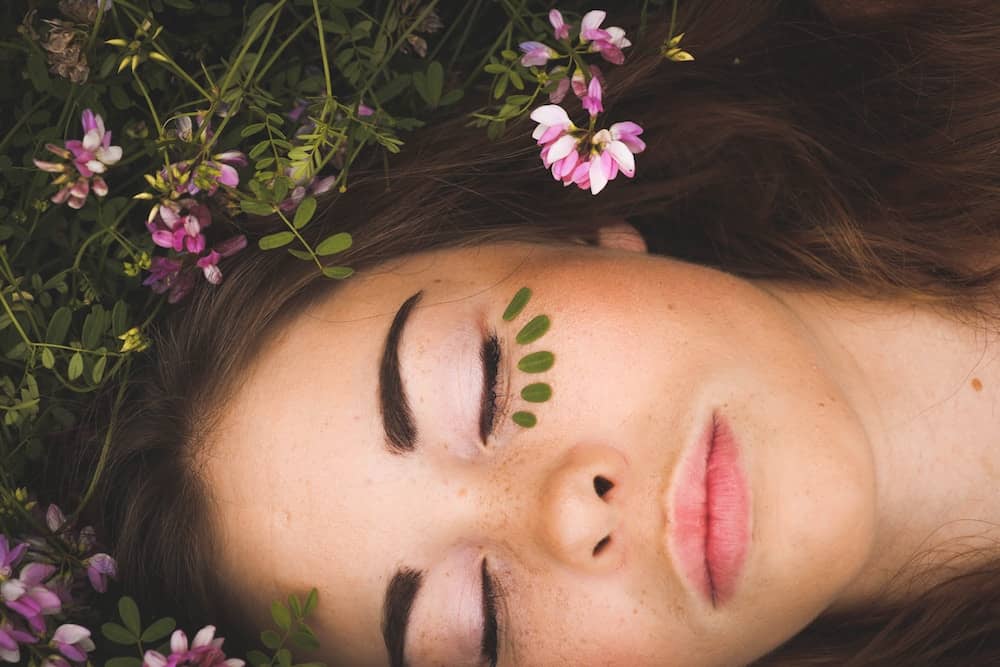 People say that for one to have clear and healthy skin, one must prioritize what they’re eating since it affects how the skin glows and radiates on the outside.

Consuming watermelons is beneficial to achieving hydrated skin that even beauty companies have incorporated essences of watermelon in their products, such as hydrating face masks.

Watermelon can also be included in skin toners that help naturally tighten the face while refreshing the skin.

Consequently, it also discourages sebaceous glands to produce oil since the skin is already hydrated and moisturized.

Aside from that, vitamin A found in watermelons also helps in shrinking pore size, increasing the growth of collagen in the skin, and acting as a natural facelift.

Another health benefit of incorporating watermelons in one’s diet is that the fruit helps in decreasing age spots and wrinkles in the skin.

Want to learn how to make a watermelon face mask? Check the how-to here.

How then should one find the perfect watermelon? Of course, cutting watermelons open is not an option when picking the fruit. Some old farmer’s tricks include these items:

After choosing the right watermelon, keep the fruit fresh by storing it in a cool area before cutting it. After cutting the fruit, the slices must be refrigerated to maintain its juiciness.

With one’s overall well-being at stake, people are getting more involved in finding a healthy lifestyle routine fit for their needs.

However, one must remember that staying healthy inside is as important as staying fit outside. With moderation, consuming watermelons is a great addition to one’s goal of having a sound mind and body.