Flaxseeds enjoy one of the longest histories of human use. These seeds have been popular from time immemorial, primarily for their health and nutritional benefits.

According to historians, Charles the Great recommended flaxseeds for his subjects. That only goes to show how useful these seeds might be. In fact, the very scientific name of the tree that produces flaxseeds is Linum usitatissimum, which loosely translates to ‘the most useful.’

So, what is it about flaxseeds that makes them so popular? Let’s start at the beginning and examine where flaxseeds come from.

Now, flaxseeds are produced by a plant known as flax. The plant goes by numerous other names, including linseed or common flax.

Flax is a member of the genus Linum and the family Linaceae and is cultivated both as a food and fiber crop. The plant is a major raw material in the textile industry, where it’s used to make textile products known as linen. Linen is a popular material for bed sheets, table cloths, and underclothes. 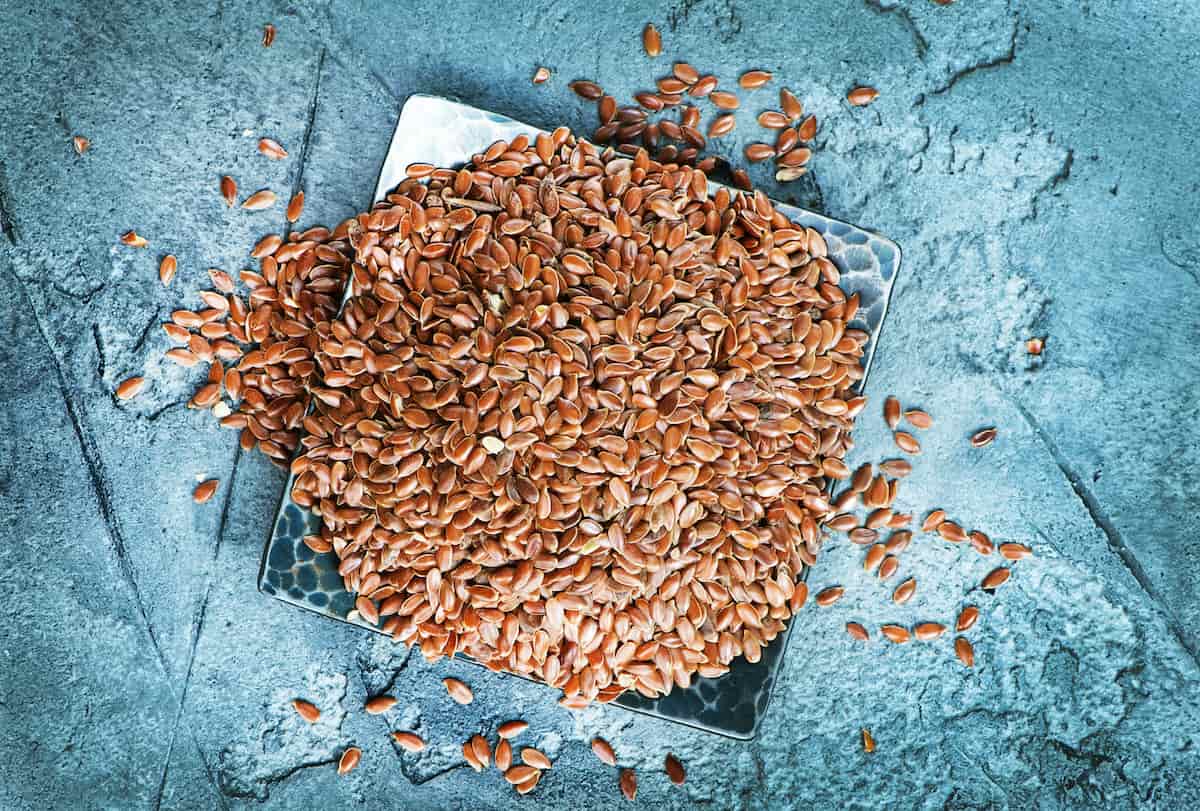 Flax plants typically grow to a height of 1.2 meters and have slender stems. Their leaves tend to be glaucous green and slender lanceolate. The leaves usually measure 20 – 40 mm long and 2 mm wide.

Flax flowers are pale blue, measure 15 to 25 mm in diameter, and usually have five petals. The fruits, where flaxseeds come from, are round and dry, measuring between 5 and 9 mm in diameter.

Flaxseeds themselves tend to be brown or yellow, with an apple pip shape. They roughly measure 4 to 7 mm long. The seeds can be consumed in their natural form or processed into a vegetable oil known as linseed oil or flaxseed oil. Both flaxseeds and flaxseed oil come with a cocktail of health and nutritional benefits. 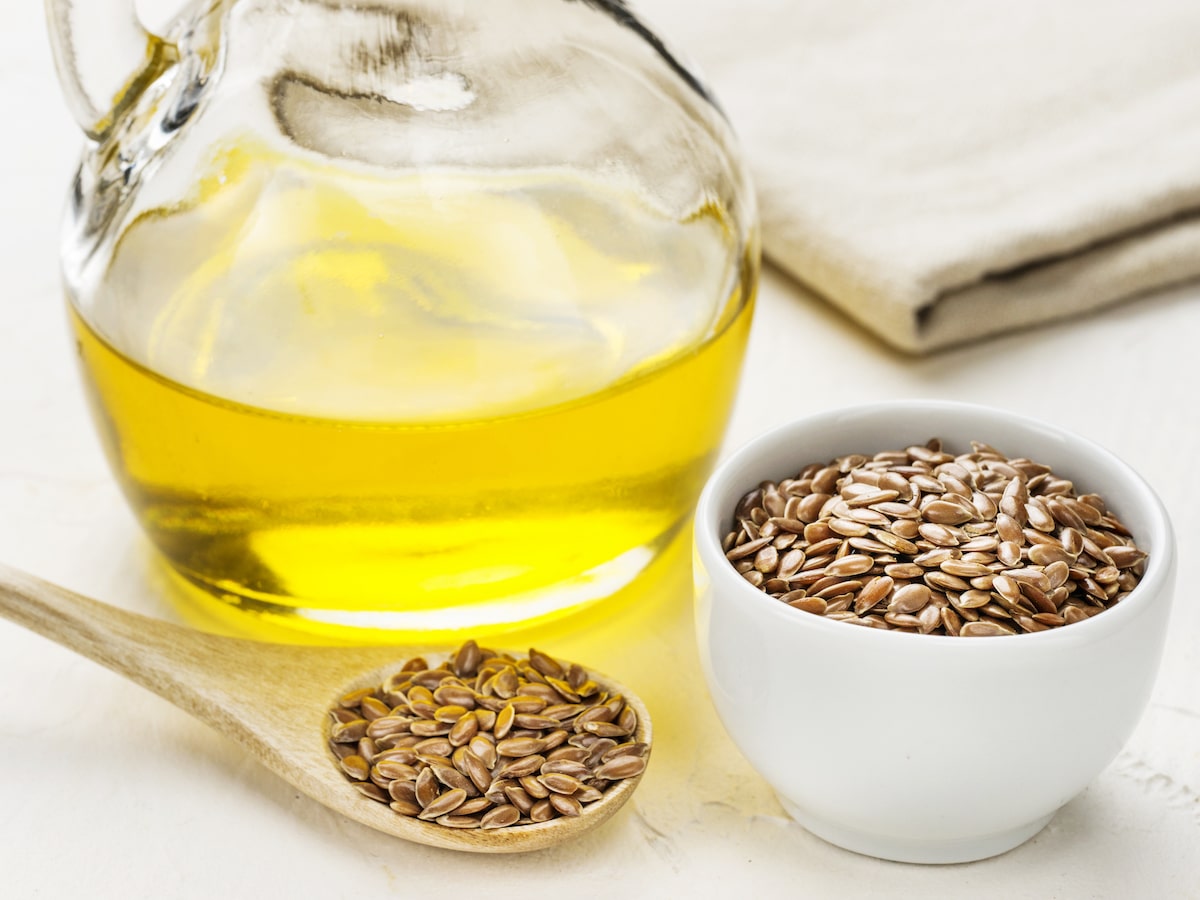 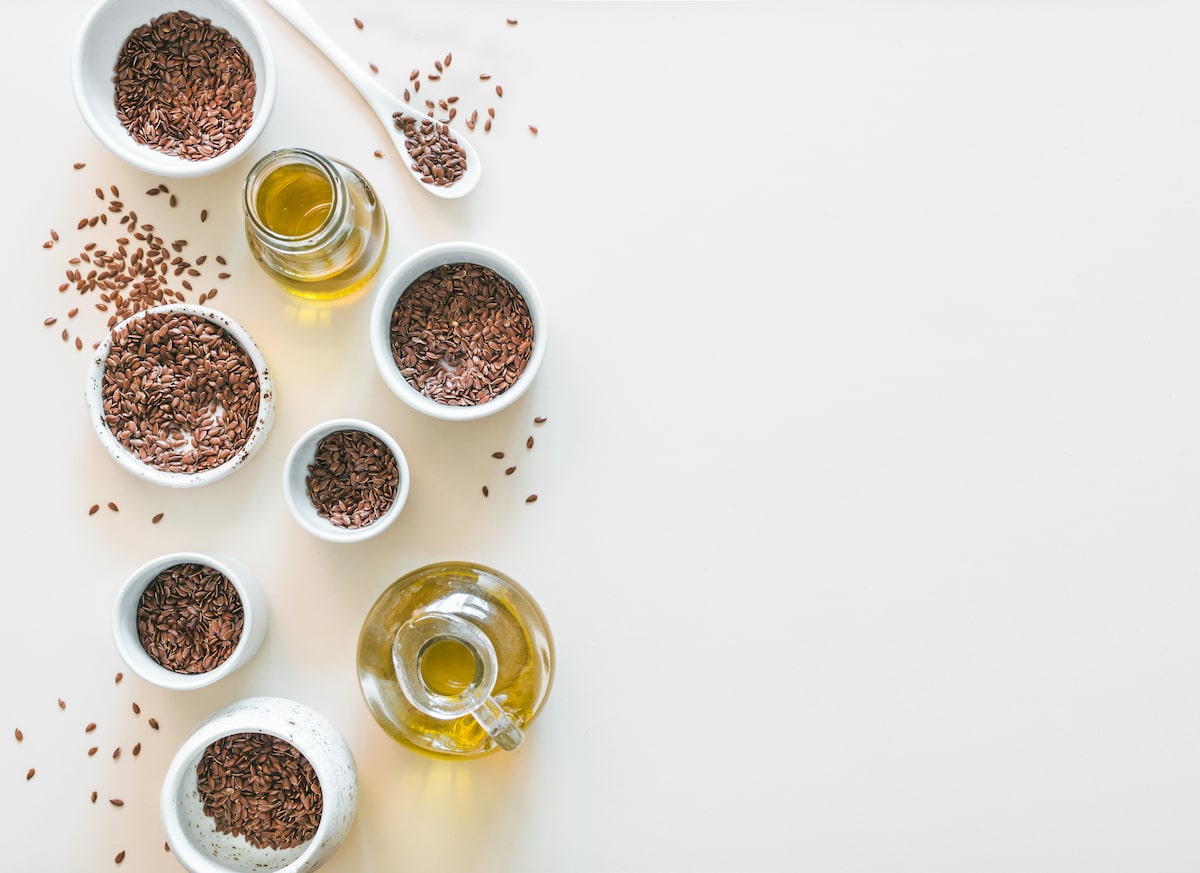 Flaxseeds are loaded with antioxidants that can boost your immunity by mediating the effects of free radicals in body cells. One such antioxidant is lignans, whose effects against tumor growth are well-documented.

Medical and nutritional experts believe that flaxseeds contain more than 800 times more lignans compared to many other popular plant-based foods.

Numerous studies conducted on the antitumor effects of lignans indicate that these compounds might help to lower the risks of breast cancer, especially among postmenopausal women. The compounds have also been associated with reduced risks of prostate cancer on men. Lignans also appear to have tremendous effects against colon and skin cancer.

In addition to reducing the risks of cancer, flaxseeds might also prevent various chronic diseases like heart disease, diabetes, etc.

Lignans are not only responsible for the antitumor properties of flaxseeds. These compounds are also linked to potential anti-diabetic effects. Lignans-rich foods increase the levels of the body’s HA1C, which is a measure of your average blood sugar over a period of three months.

In a study examining the potential anti-diabetic properties of flaxseeds, participants with prediabetes conditions were split into three groups. The groups received 0 grams, 13 grams, or 26 grams of flaxseed every day for 12 weeks.

It emerged that the group that received 13 grams of flaxseed registered the most improvement with their condition. Scientists deduced that flaxseeds could help to minimize the risks of diabetes. Basically, the seeds prevent diabetes by lowering the levels of blood glucose and insulin, while also improving your insulin sensitivity.

Flaxseeds are rich in dietary fiber, with one tablespoon of ground flaxseeds containing as much as 1.9 grams of fiber. The fiber content in flaxseeds is 20 -40% soluble and 60 – 80% insoluble.

Fiber aids in digestion by nourishing your gut-friendly bacteria. It also plays a role in bulking up of stool, resulting in regular bowel movements and preventing gastrointestinal issues like irritable bowel syndrome and constipation. 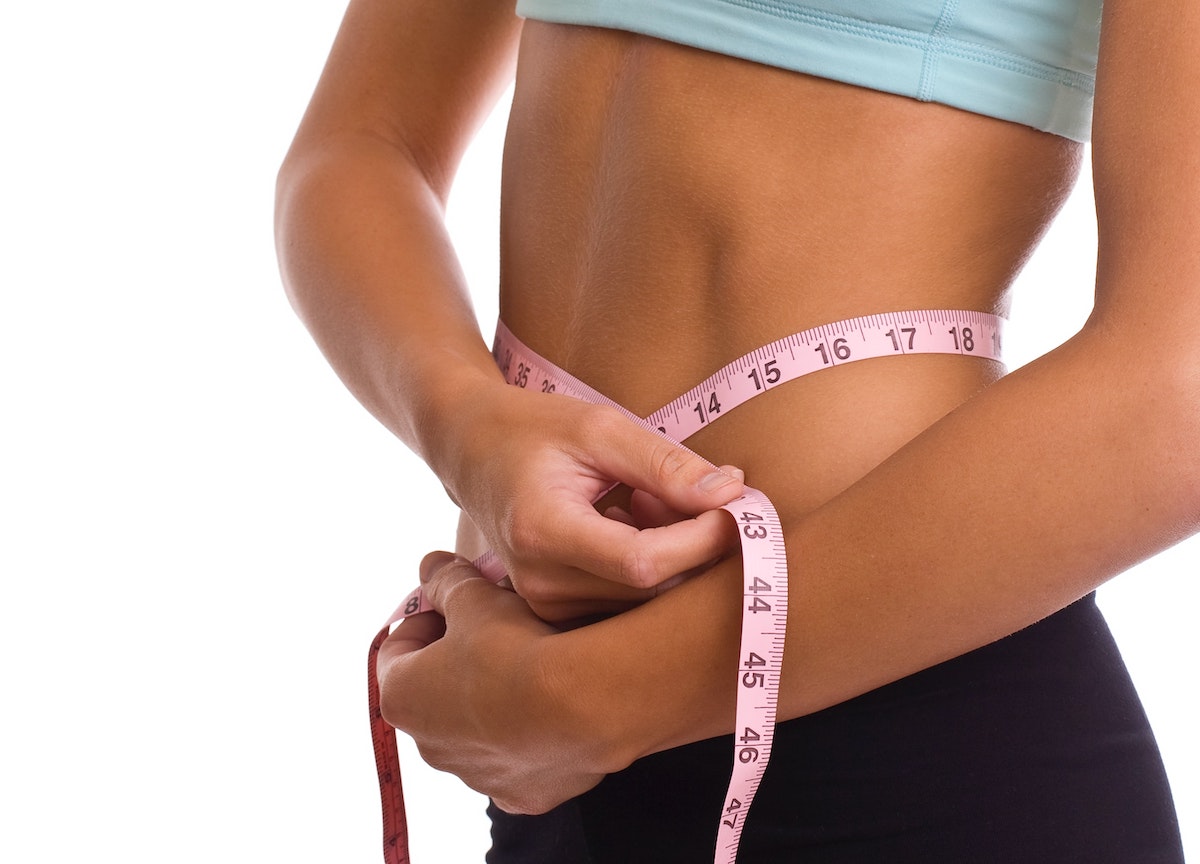 The fiber content in flaxseeds not only helps with digestion, it’s also essential for weight management. Fiber tends to create a feeling of fullness for longer.

Snacking on flaxseeds regularly can help to curb food cravings, thereby reducing the food portions that you consume. That ultimately helps to prevent weight gain.

This is another area where dietary fiber, particularly soluble fiber, helps with. Flaxseed contains soluble fiber known as mucilage, which dissolves into the other contents of your stomach, thereby increasing their consistency and slowing down the rate of digestion.

By slowing down your digestion, soluble fiber reduces the rate at which your body absorbs carbs, which has positive effects on blood sugar and cholesterol levels. 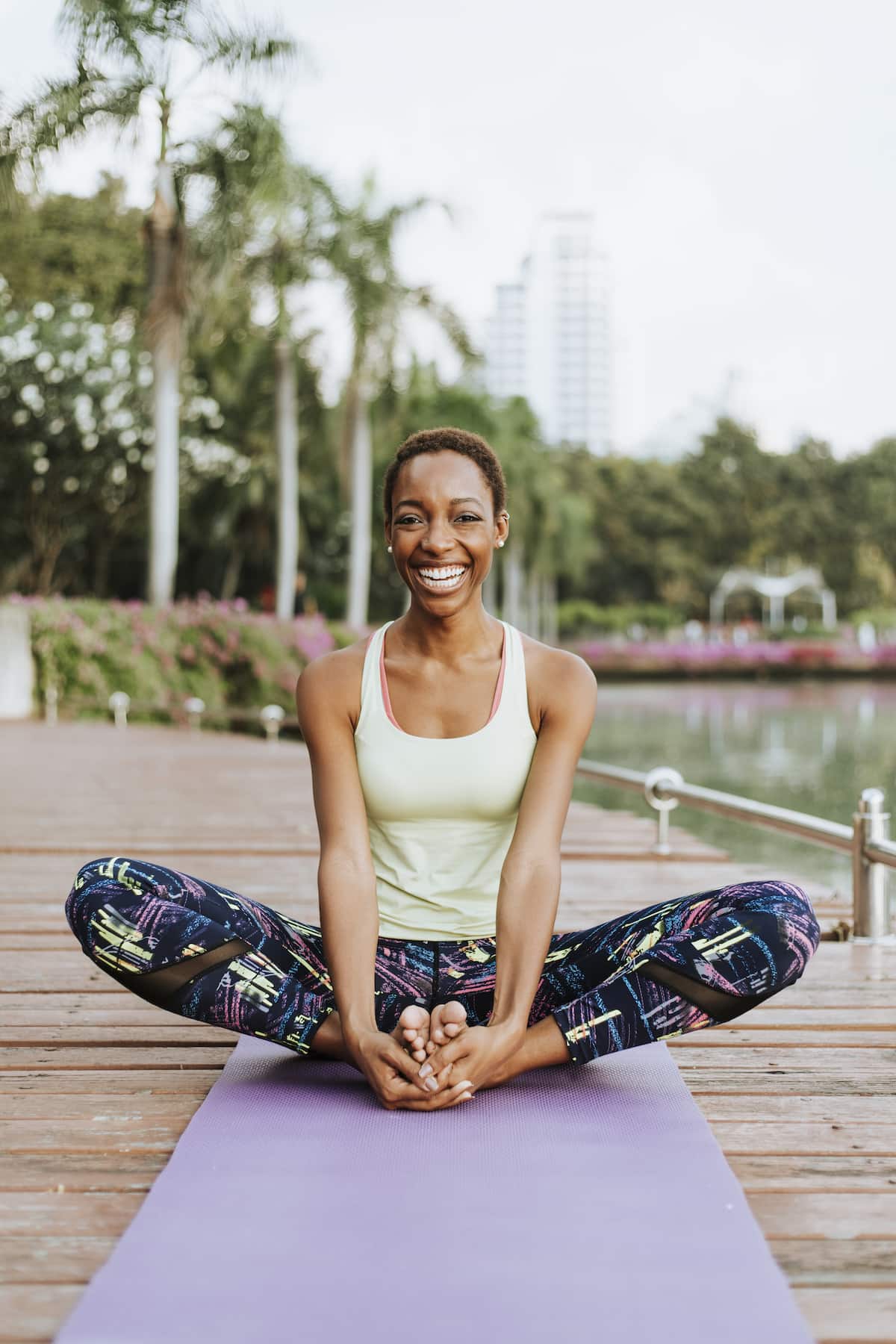 Flaxseeds are loaded with a plant-based omega-3 fatty acid known as alpha-linolenic acid (ALA). While ALA is such an important fatty acid, our bodies are incapable of producing it. Which makes supplementation with ALA-rich foods like flaxseeds our only way to obtain this compound.

According to animal studies, ALA might prevent cholesterol from getting deposited in blood vessels, thereby improving blood circulation.

The ALA in flaxseeds also comes with anti-inflammatory properties. Therefore, consuming flaxseeds regularly could help to keep inflammatory conditions like arthritis and cancer at bay.

Another way flaxseeds improve blood circulation is by lowering blood pressure. A Canadian study established that people who consumed at least 30 grams of flaxseeds every day for six months reported a significant reduction in blood pressure. In the same study, researchers observed that after the same period, the number of high blood pressure patients decreased by 17%.

The omega-3 fatty acids found in flaxseeds have also been shown to help reduce bone wastage and degeneration. Research indicates that these acids might help to fight bone-related conditions like osteoporosis by lowering the risks of bone fractures.

Not only do omega-3 fatty acids guard against bone degeneration. But the acids can also help to reverse bone-related conditions.

How to Consume Flaxseeds

There are numerous ways to consume flaxseeds. Some of those include; 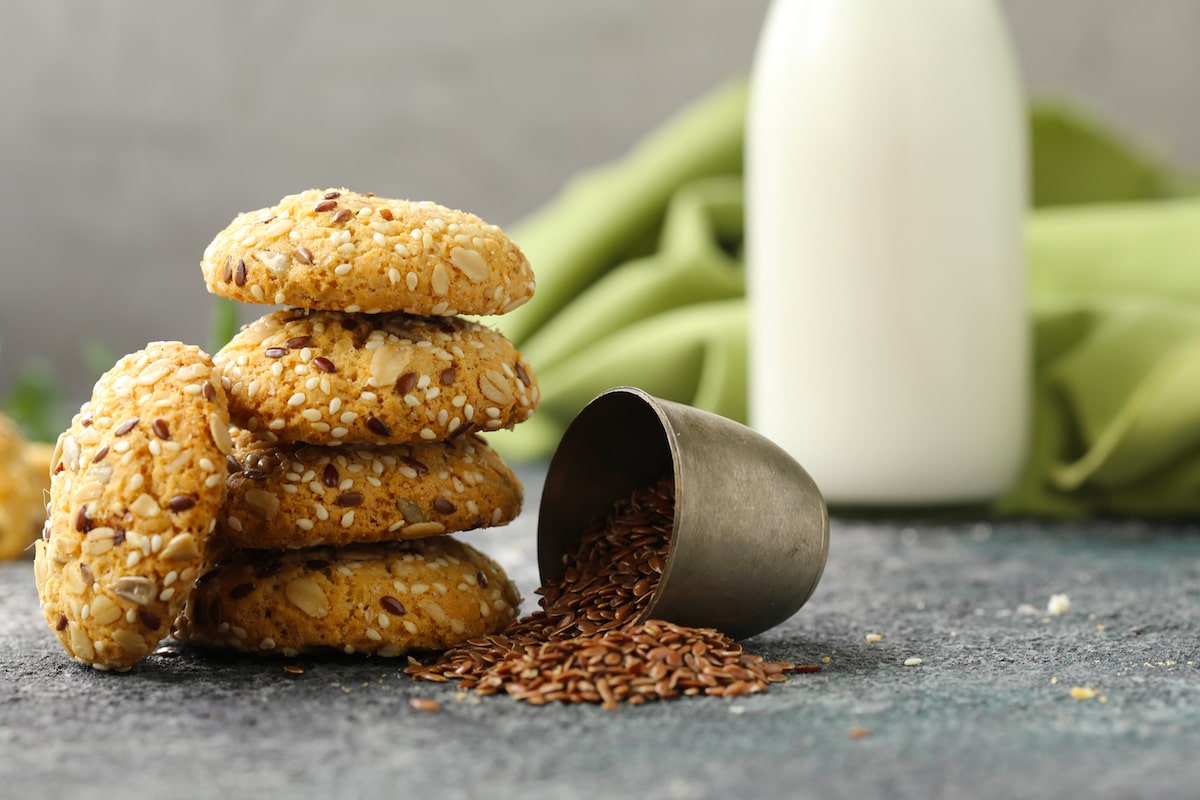 Flaxseeds come with a cocktail of health benefits, including aiding digestion, supporting weight loss, and reducing the risks of various debilitating conditions like cancer and diabetes. The seeds are also some of the easiest to consume, as there are numerous ways to incorporate them into your diet.