Whenever a new addition—whether a gadget or a recently discovered super fruit—is introduced to the world of holistic care, a synchronized shaking of heads and raising of eyebrows ripples through the population. This was the general reaction when Himalayan salt lamps gained traction and started selling like pancakes.

There’s no doubt that more research needs to be conducted on the supposed benefits these lamps can offer. However, though we can’t entirely discount the skepticism, we went ahead and dove into the world of Himalayan pink salt, which the lamps are made from, to find out where the claims were grounded. 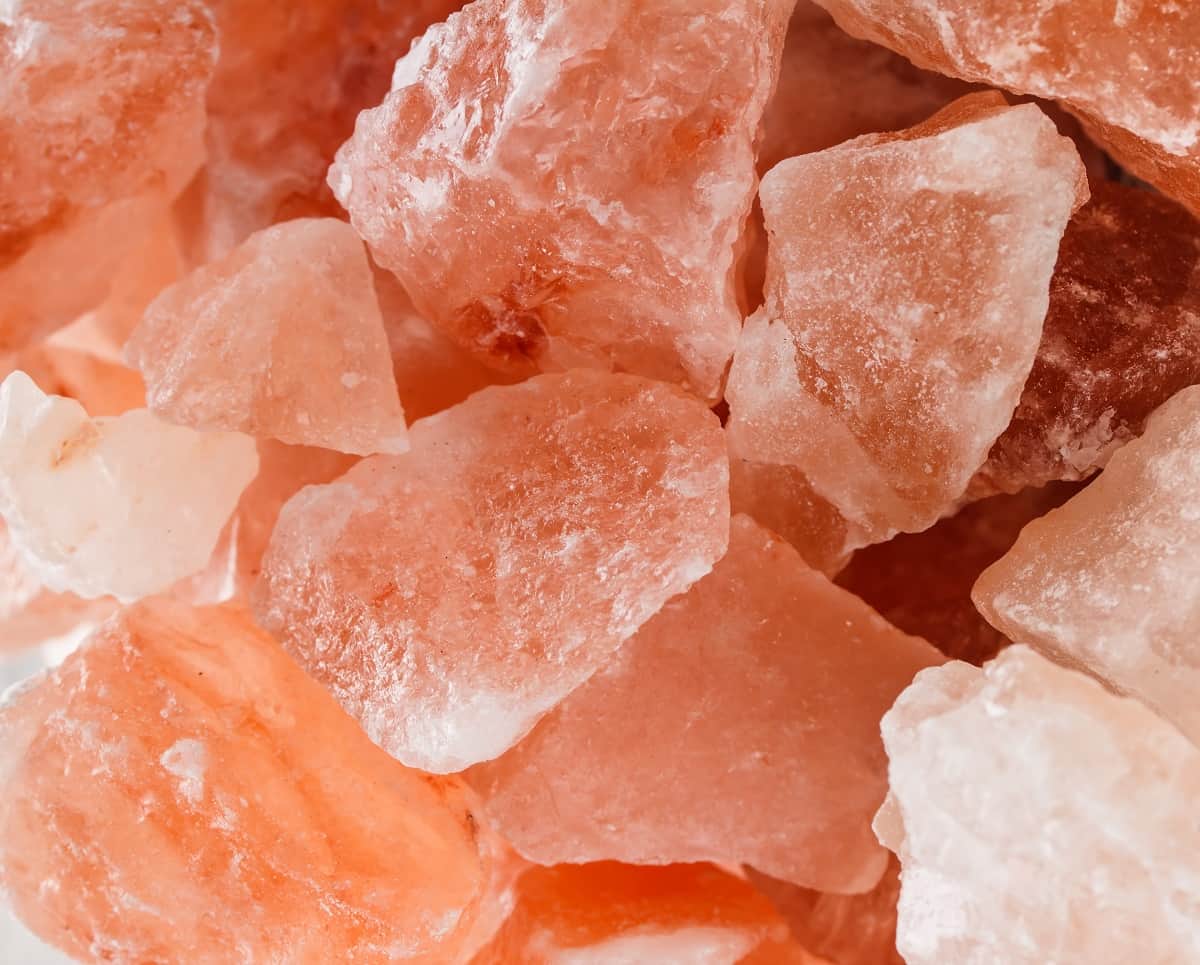 The name Himalayas itself conjures serene images of magnificent snow-capped mountains that inspire pilgrimages from people all over the world. Despite how the salts are named though, there is no salt mine in the Himalayas.

Though they lack a salt mine, in the Southern and outer ranges of the Himalayas lies a system of hills in Pakistan. These hills, called the Salt Range, hold salt deposits. There are three mines located in this Punjabi region: the Khewra mines, the Kalabagh salt mines, and the Warcha salt mines.

Though far from the ocean, it is believed that these salts were formed millions of years ago from primordial seas that cover the surface of the Earth. Some even call these deposits Jurassic Sea Salt since they may have been formed 540 to 600 million years ago.

What is Himalayan Salt Made of?

Himalayan pink salts are considered the cleanest and purest salt in the world. Science can vouch for its cleanliness, since the ancient salt beds they were mined from were covered by lava millions of years ago. Over time, hills and mountains protected it from both atmospheric and environmental pollution.

When it comes to purity, there is much debate that surrounds these salts. Pure salt, or sodium chloride, is white, which means that the very color of these Himalayan salts tells us that it is not necessarily pure. The different shades of pink come from iron oxide.

This isn’t a particular cause of worry because Himalayan salts are anywhere from 87% to 97% sodium chloride, while the rest is made up of 84 trace minerals that are safe for consumption. Some of these minerals include calcium, copper, magnesium, and potassium. Do remember, though, that these minerals are too few in concentration to contribute to any beneficial effect to the body.

Perhaps the purity refers to the very composition of Himalayan salts, which allows it to be stored and sold without processing or additives necessary to keep slabs or granules of the salt from sticking with each another. In that sense, it can be considered purer than table salt, which is coated with sodium silicoaluminate or magnesium carbonate to prevent caking.

Many naturopaths claim that the benefits from these pink salts are endless and may even be the answer to most pressing health concerns. While there is a lack in scientific evidence, some of these claims are not without merit.

What are the Benefits of Using Himalayan Salt? 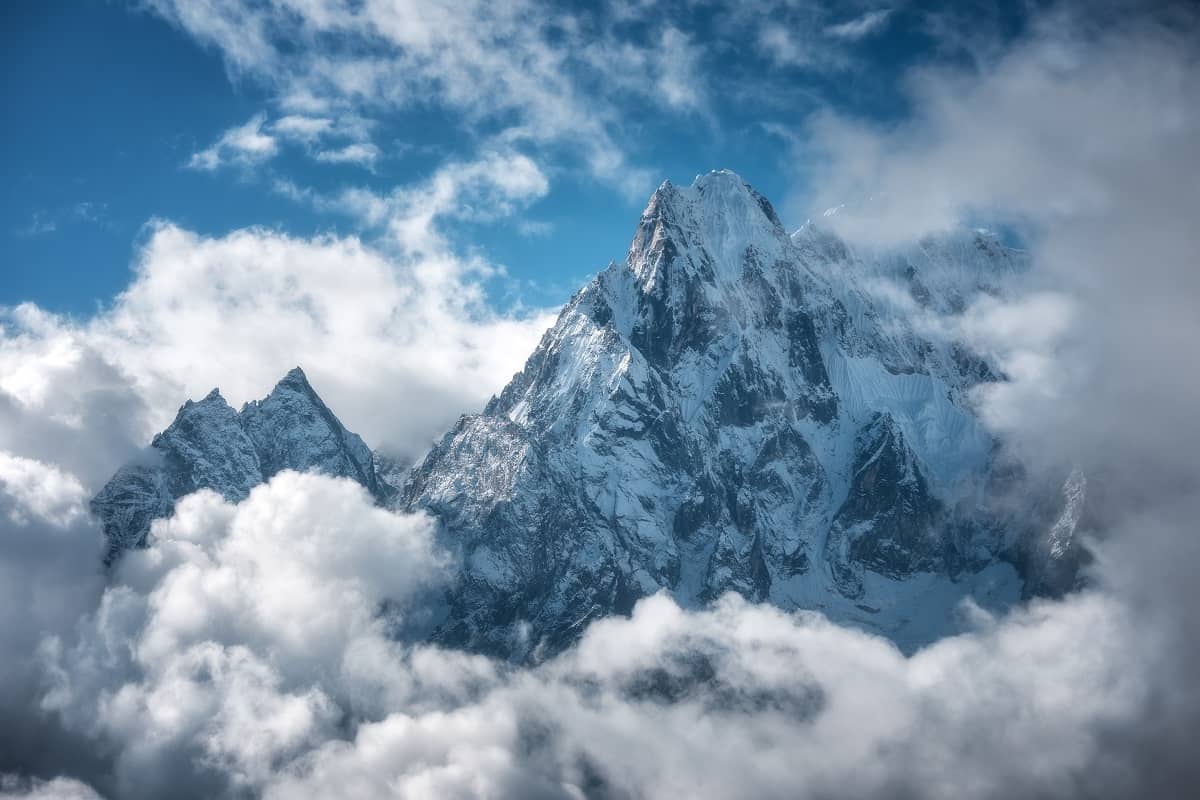 Himalayan salts are sold as slabs, chips, or large irregular granules. It contains less sodium than table salt, but some people agree that it tastes better.

This can be attributed to the rougher and larger size of the granules, which are not processed uniformly. The trace elements and minerals also affect the taste, adding to the salt’s overall flavor.

Some people may see Himalayan salts sold as slabs. Slabs can be used as chopping boards, serving platters, or to cook and heat the food itself. Due to its composition, Himalayan salts absorb and spread heat uniformly.

This way, it performs efficient heat delivery to food even when the slab is removed from the main heat source. It also has the added benefit of adding a subtle salty flavor that it imparts onto the food.

Many people think that because it contains less sodium, more Himalayan pink salt can be used in food. The opposite is actually true. No matter what salt you use, you should only take 2300 to 2400 milligrams a day if you are an adult. This translates to about 6 grams or a teaspoon of salt a day. Less salt is even recommended for kids and people with health issues.

Our kidneys can only process enough salt daily, while any excess is expelled via urination. The problem from ingesting too much salt is water retention, where too much fluid in the body can put a strain on organs and can lead to health complications like heart and kidney diseases.

The good news is that since Himalayan salt seems to be tastier for some people, most of its consumers can get away with using less salt.

Why is Himalayan Pink Salt Made into Lamps? 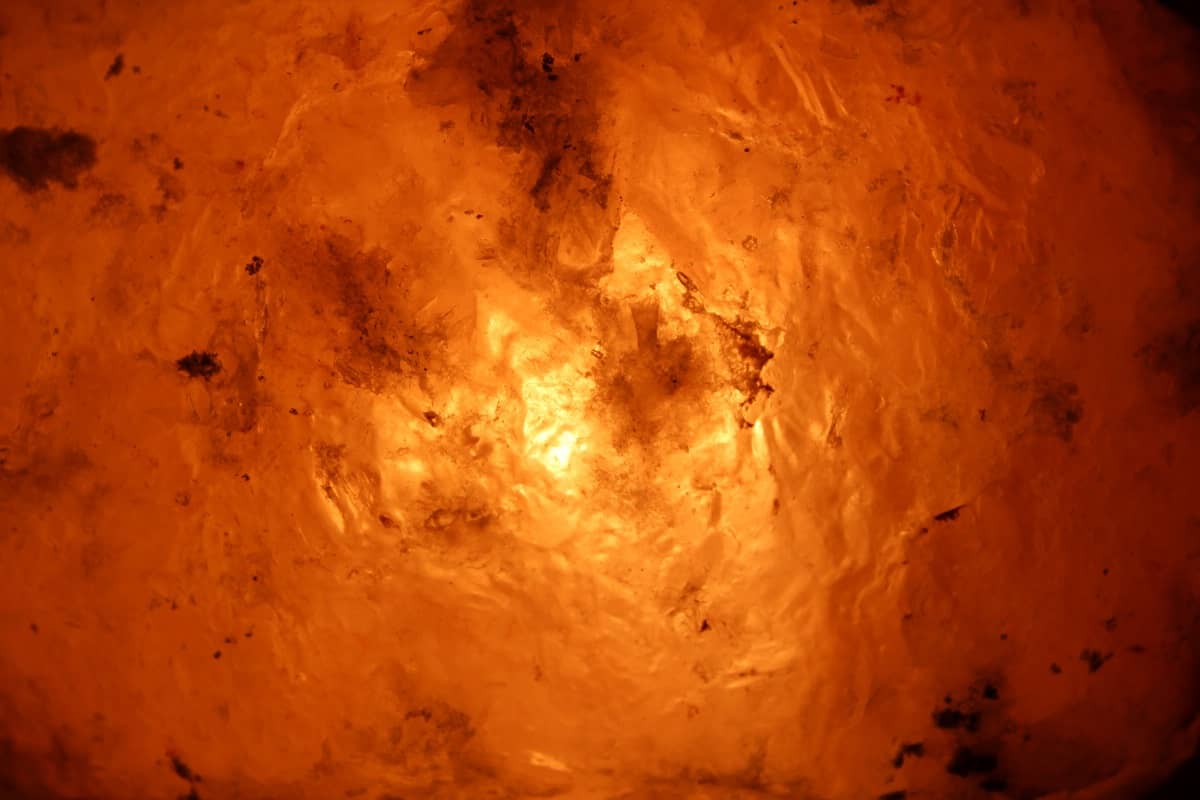 A 2016 study suggested that salt halotherapy may contribute to lessening the symptoms in children with very mild asthma. While this study arrived at the conclusion that salt rooms with halogenerators may be beneficial, it is not entirely conclusive for all people suffering from different degrees of asthma severity.

Salt rooms, salt therapy, or halotherapy are all founded on particles called negative air ions, which have been discovered nearly one hundred years ago. The abundance of negative ions in the air makes it cleaner and fresher.

A source of pollution, particulate matter is composed of solid or liquid particles suspended in the air. Some examples are aerosols, dust, fumes, smoke, and soot.

Negative air ions attach themselves to particulate matter and cause them to fall down, clearing them from the air. Negative ions are abundantly produced in areas with flowing water, plant life, or simply during a period of thunder and lightning.

During the latter, it is found that high voltage electricity produces negative ions when it runs through the ozone or any conductor. It is said that salt, when dispersed into the air, can also produce negative ions and can attach itself to microscopic particulate matter.

This is the foundation on which Himalayan salt lamps are based. There has also been a fair amount of published literature on the correlation between increased negative ions in the air and the general mood or predisposition of people.

While there is no scientifically backed basis for this, mainly since serotonin and other neurotransmitters that can determine the factors involved can only be measured through a spinal tap, an initial investigation has concluded that causation is plausible.

Another scientific basis that Himalayan salt lamps are founded upon is the effect that blue light can have on our circadian rhythms. Constant exposure to blue light during nighttime suppresses melatonin secretion in the body.

Without enough of this hormone, people won’t feel as sleepy even when they’re supposed to, and their overall quality of sleep declines. Himalayan salt lamps emit the opposite in the form of a warm ambient amber or orange light. This encourages the production of melatonin, naturally lulling the body into a proper state of rest.

While these hypotheses remain largely unproven, there are many that still embrace the purported healing power of Himalayan salt lamps. Whether it’s a placebo or an actual benefit yet to be quantified, there’s nothing to be lost in having a Himalayan salt lap by your side, just plenty to potentially gain.

The Best Himalayan Salt Lamp for You

With the growing popularity of Himalayan salt lamps, it is inevitable that an enterprising few would try to ride the wave by dyeing regular rock salt and claim it to be genuine Himalayan pink salt.

To take the guesswork out and to protect you from a potential waste of money, we put together a list of authentic, legitimate Himalayan salt lamps that you can order online for your home. 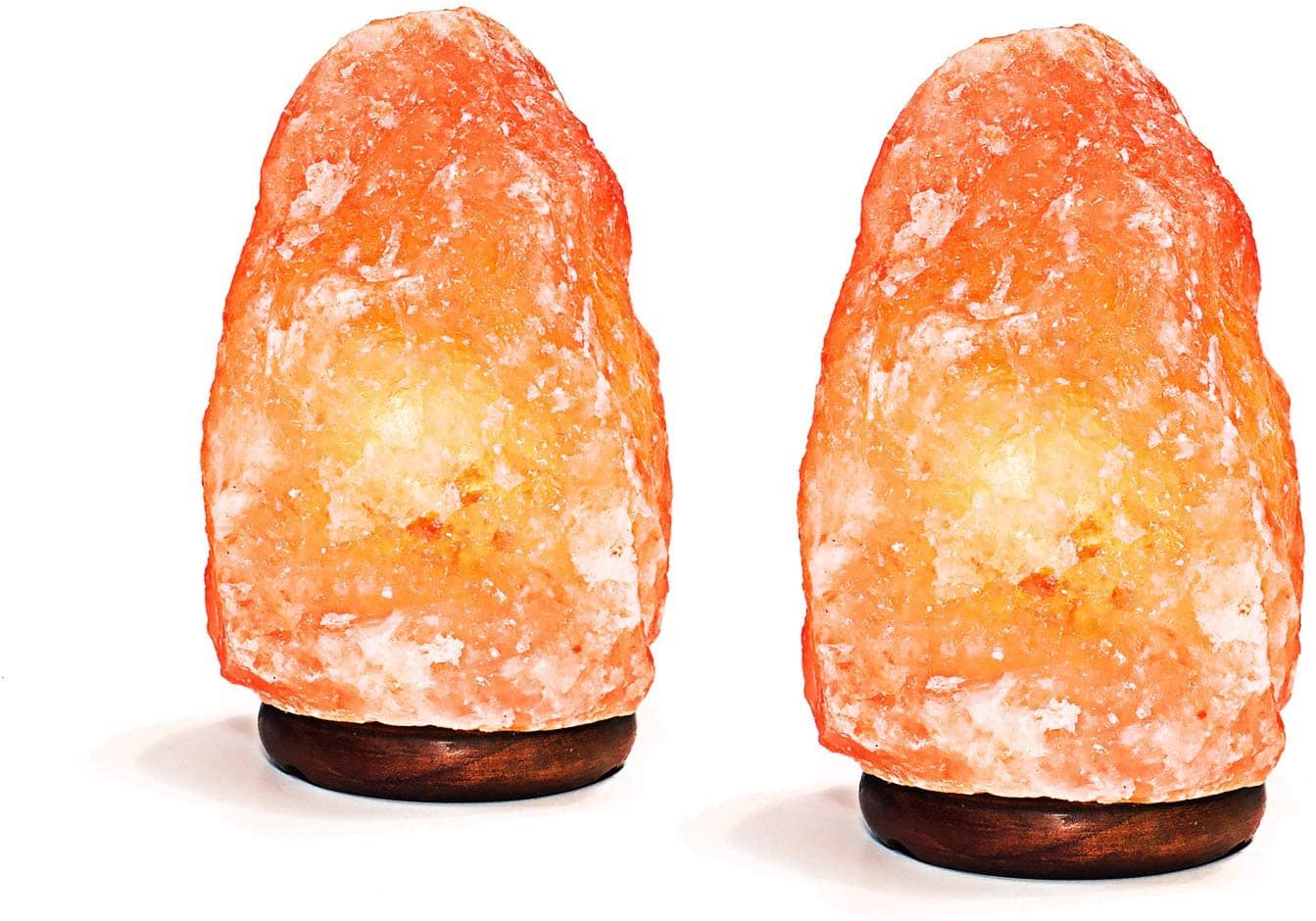 Amethya produces different designs for their line of Himalayan salt lamps. While the price of their two-for-one deal may entice you, you might also want to check out their other more decorative selections, like the Himalayan Basket Bowl Salt Lamp. 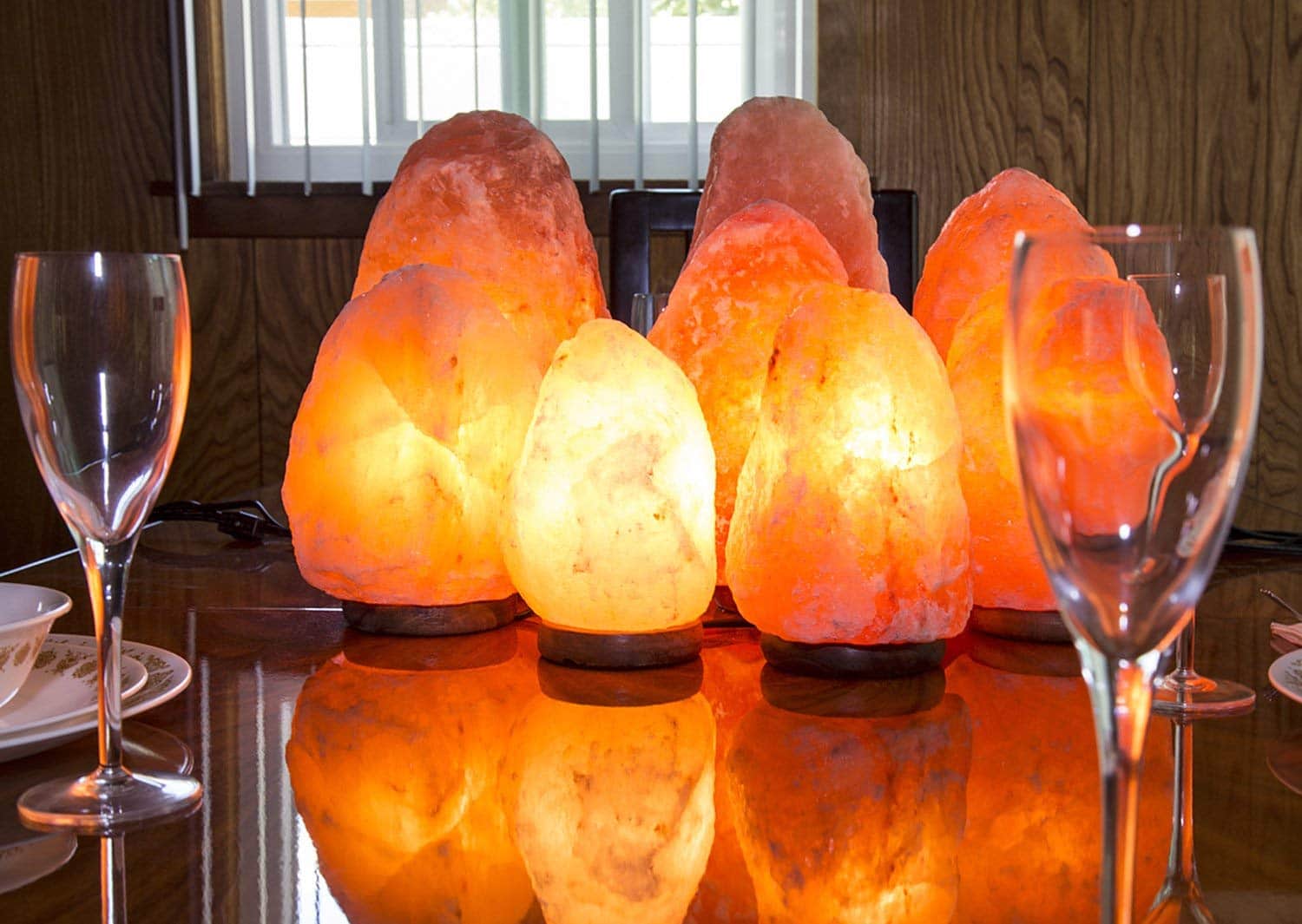 This Himalayan salt lamp comes with a dimmer switch, allowing you to control the intensity of the light emitted from a bright warm orange to a soft low amber. 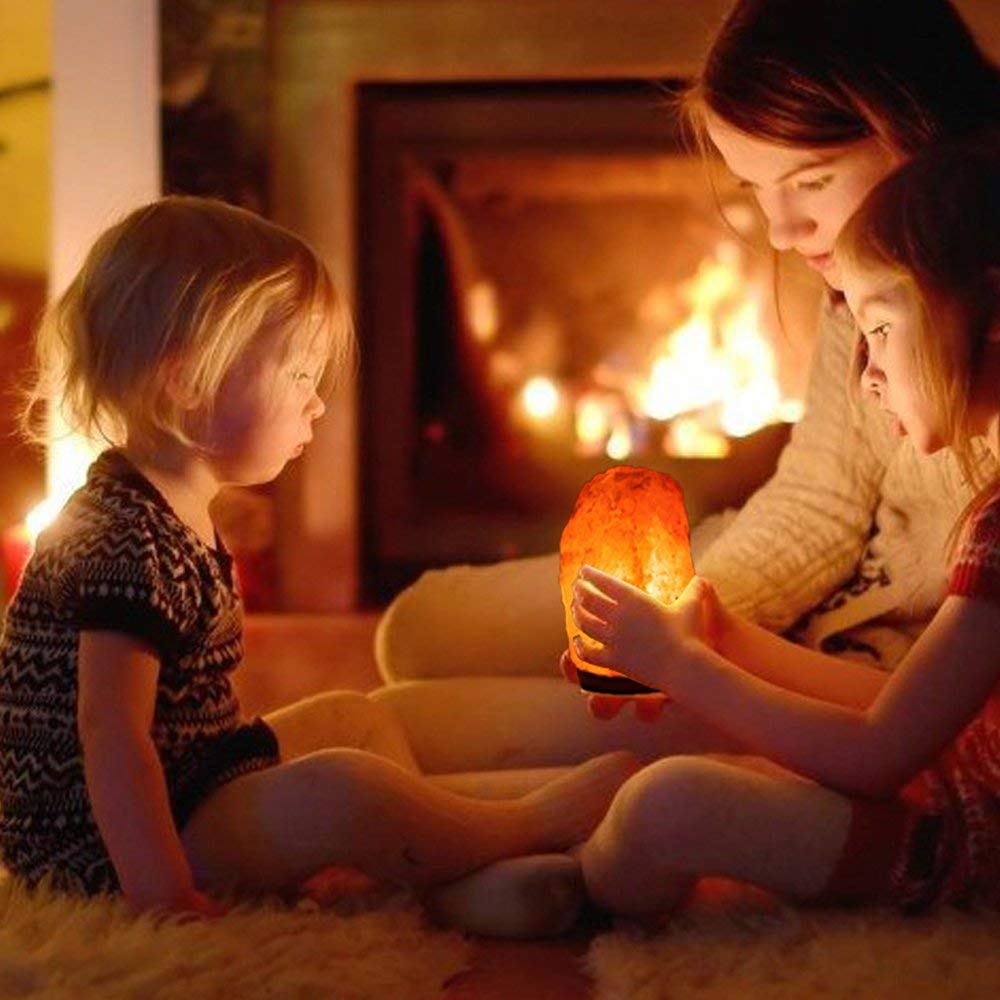 For the price of one, HemingWeigh gets you a pack of two Himalayan salt lamps in different sizes that you can place anywhere in your home. Both are mounted on a decorative wood base. 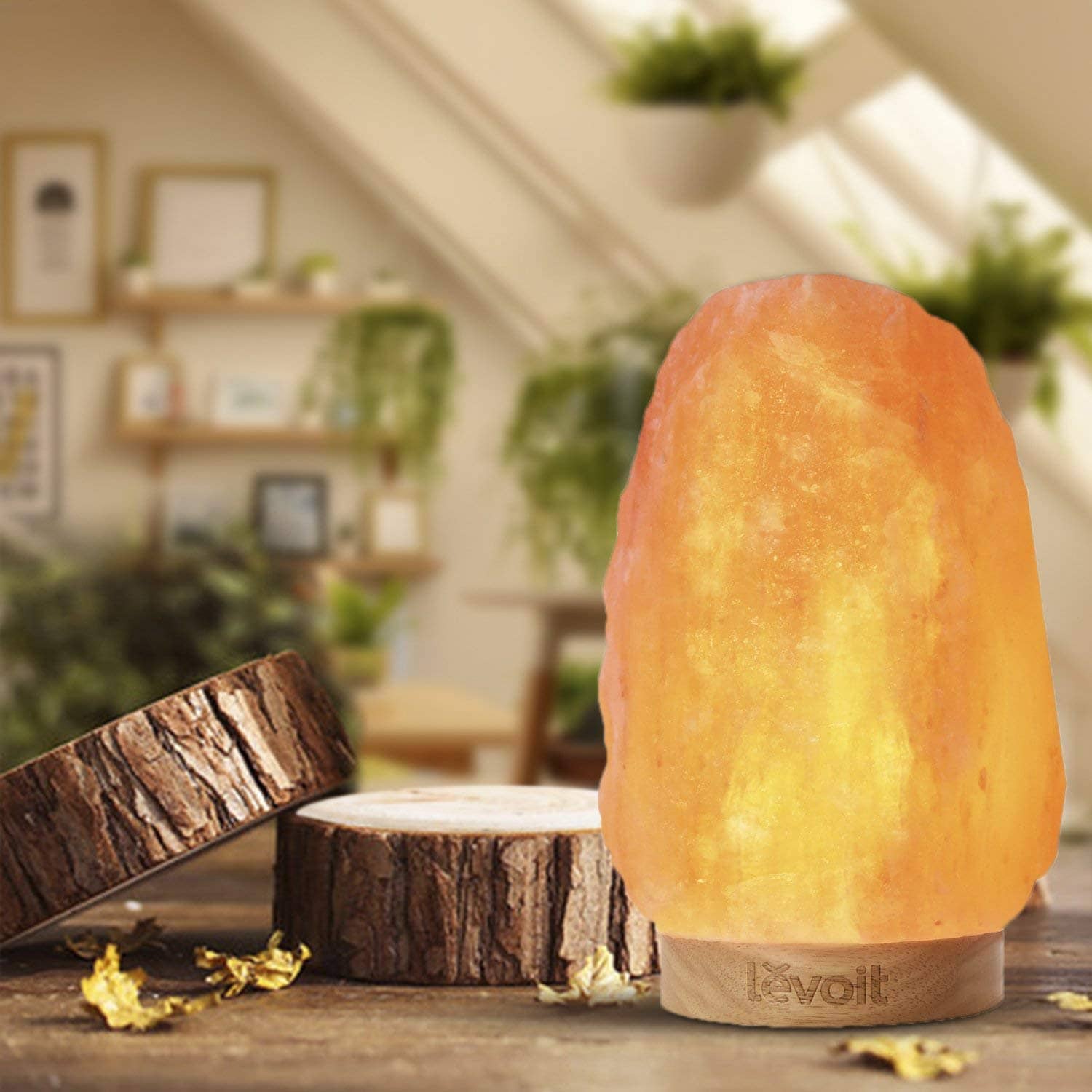 This salt lamp comes with a certificate that proves each one is hand-picked and hand-carved straight from Pakistan’s Khewra salt mines.