The nether regions are usually a topic for hushed conversations, and it can be hard to admit when there’s itching and discomfort down there.

Some women go through their lives with various forms not just of discomfort and itching, but also of painful urination and discharge without discussing it with anyone—even a personal physician. Some are lucky if the irritation and pain subside, going away in a week or less.

Today, we will talk about yeast infections and why it’s important not to ignore them, as well as how they can be properly treated.

What is a Yeast Infection? 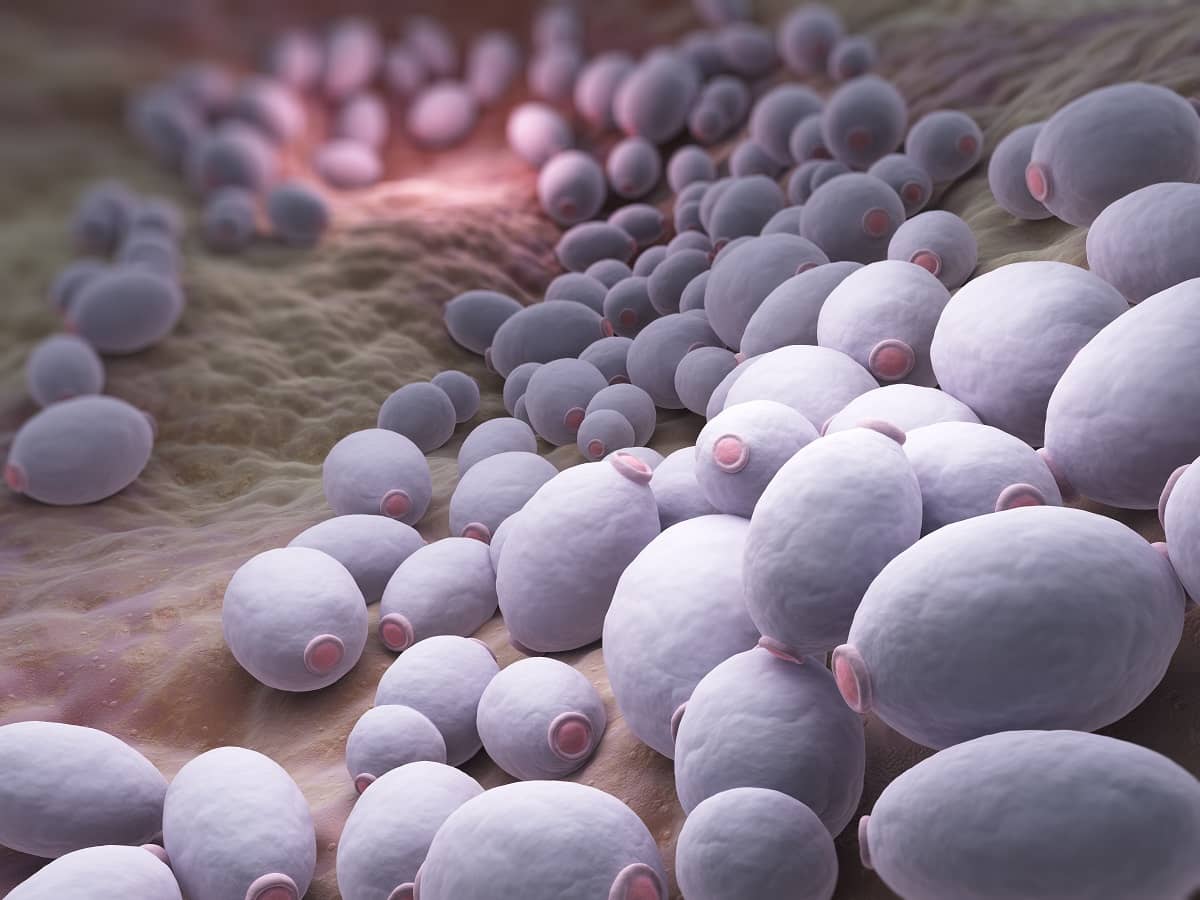 The vagina hosts a number of bacterial communities kept in balance most of the time. The microbiological flora maintained there is quite complex, and it still isn’t fully understood how they are regulated, but there are some factors that can throw it off balance.

The dominant species of vaginal flora are lactobacilli. You may be familiar with them as some of the most commonly known strains of lactobacilli are found in fermented dairy products such as yogurt. In the case of the vaginal environment, these strains help maintain an acidic environment at a pH level of 4 by producing lactic acid and other substances.

One of the bacteria hosted in the vagina is the yeast or fungus called Candida. This same yeast can also be found in the mouth and throat, and in the gut.

While it is not usually harmful, once the yeast population overgrows, it can cause an imbalance in the area it is found in and cause symptoms of infection to appear. If the infection occurs in the mouth or throat, it is commonly known as thrush.

An infection in the vagina is called candida vaginitis, vaginal candidiasis, or a vaginal yeast infection. The symptoms cause much discomfort, and may even cause women to feel low, guilt and shame. The truth is that women should not feel any of those as yeast infections could happen to anyone, even pregnant women. It is not a sign of poor hygiene or promiscuity, and it is not sexually transmitted.

Who Can Get Yeast Infections? 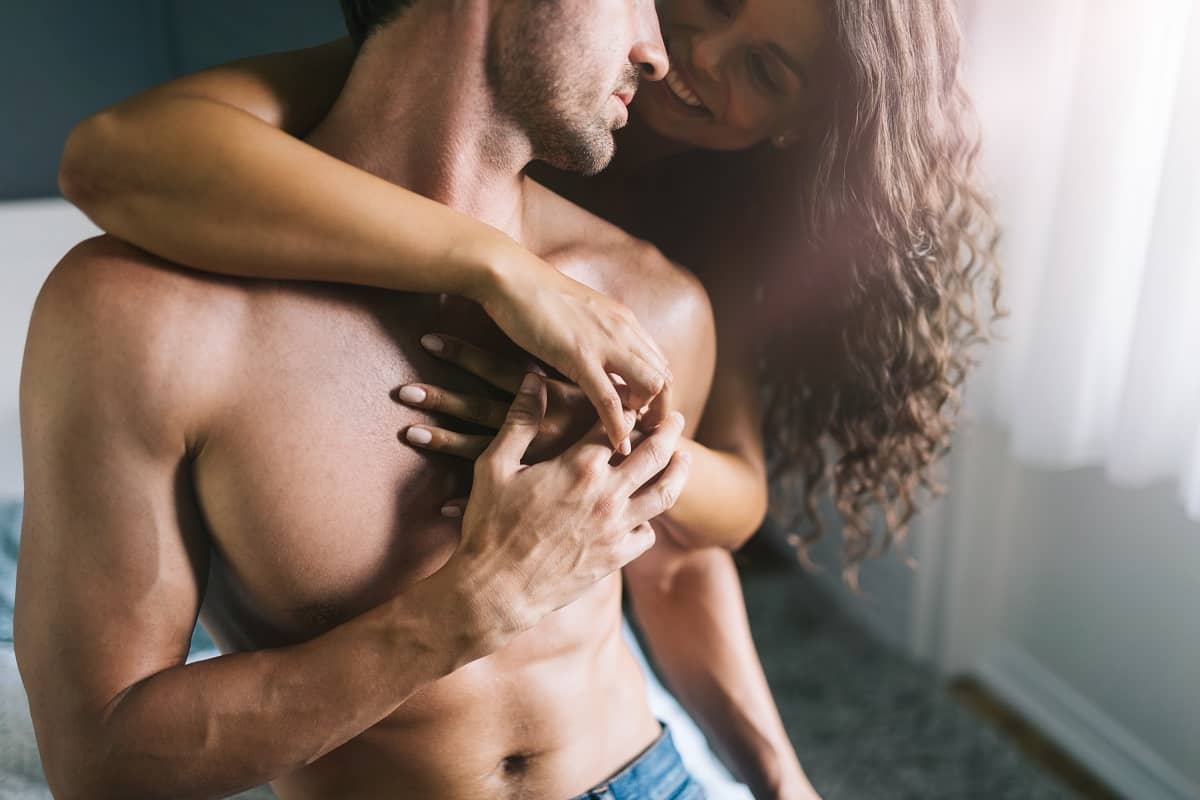 There are many factors that can affect the vaginal acidity and balance of vaginal flora. Medication, hormonal changes, and even a weakened or impaired immune system can contribute to the overgrowth of Candida.

Most of the time, these factors can overlap and put a person at more risk to develop an infection. Knowing what causes yeast overgrowth can help you avoid certain habits that may increase your risk for an infection.

Antibiotics may possibly kill good bacteria in the process of containing and treating an infection. At times, the lactobacilli in the vagina will decrease and the pH level will rise. These conditions allow yeast to multiply at a rate that causes the unwanted infection.

This same scenario can also happen to cancer patients who are undergoing treatment. Aside from the disturbance in vaginal flora, their weakened immune system cannot act fast enough to keep yeast from overgrowing.

Some corticosteroids taken for a variety of autoimmune disorders, arthritis, and asthma may also weaken the immune system against fungal growth and infection.

Another type of drug that may increase the risk for yeast infection are high-dose estrogen contraceptives. The natural hormonal balance of the body is disrupted, potentially causing a series of changes within the vagina’s delicately balanced flora.

This is also true for pregnant women who experience fluctuating levels of hormones throughout pregnancy. Another effect of birth control is that the vagina tends to produce more sugar which the yeast feeds on.

People with diabetes are also very susceptible to yeast infections due to the high levels of glucose in their body. This causes the vagina to release sweeter secretions in which yeast thrives. On top of that, diabetics often do not have an immune system strong enough to keep yeast levels in check.

It is often recommended for women to wear breathable underwear and to avoid constantly wearing tight-fitting underwear or jeans. Wearing fabrics that trap heat and moisture around the vaginal area for prolonged periods of time can encourage yeast growth.

Although a yeast infection is not sexually transmitted or contagious, the Candida yeast itself can be transferred, creating imbalances elsewhere and causing conditions that include oral thrush. That’s why people must refrain from performing or receiving any form of sexual act when an infection is apparent.

Men can also develop yeast infections on their penis, more commonly known as candida balanitis or balanitis thrush if in the mouth. If the infection occurs in the foreskin of an uncircumcised penis, it is called candida balanoposthitis.

The risk of yeast overgrowth in men can also be increased by the factors mentioned above, with the addition of poor hygiene, uncircumcision, smegma accumulation, being overweight, and irritating skincare products. It is observed that old men at nursing homes are most likely to develop balanitis. A current and active sexually-transmitted disease may also put men at a higher risk.

What are the Symptoms of a Yeast Infection? 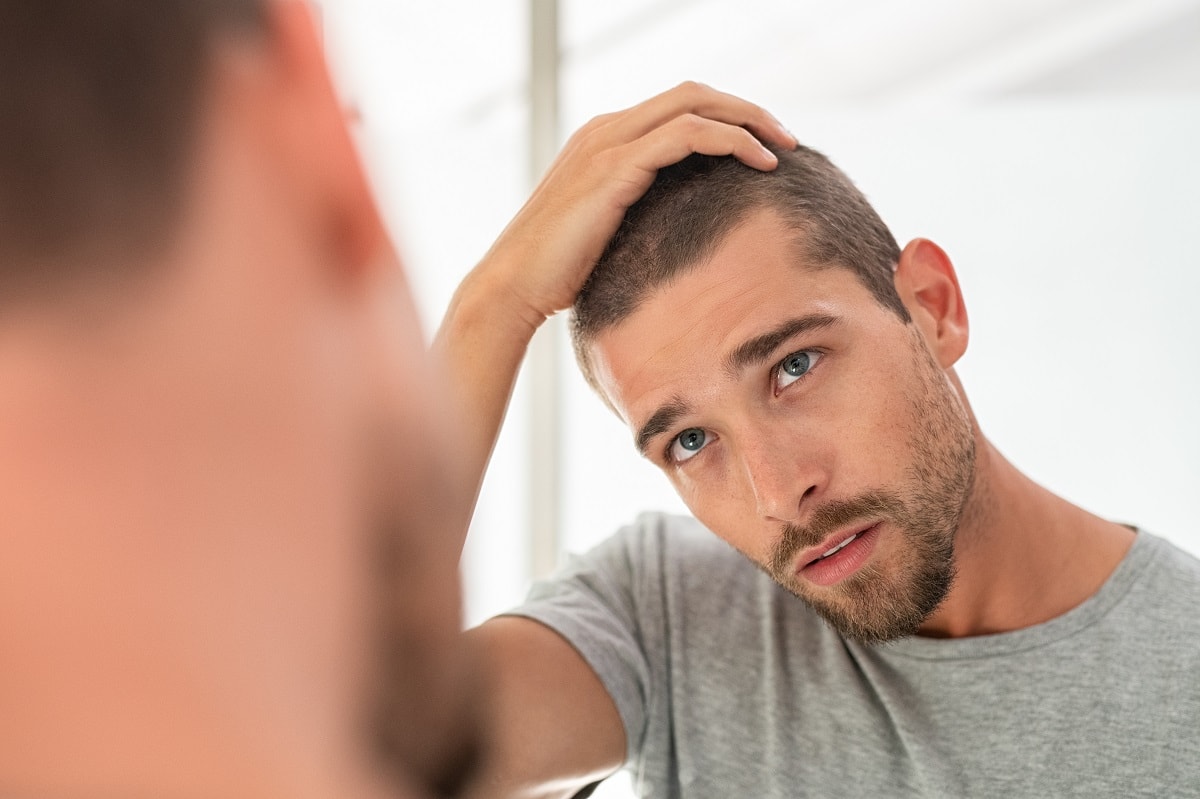 Candida balanitis doesn’t usually have severe symptoms and may even go undetected. When symptoms do develop, it can be very uncomfortable. Some of the symptoms to watch out for where applicable are:

A yeast infection in other areas of the body such as the mouth, under the breast, or in the areas covered by diapers could have the following symptoms:

Why Should You Consult a Doctor? 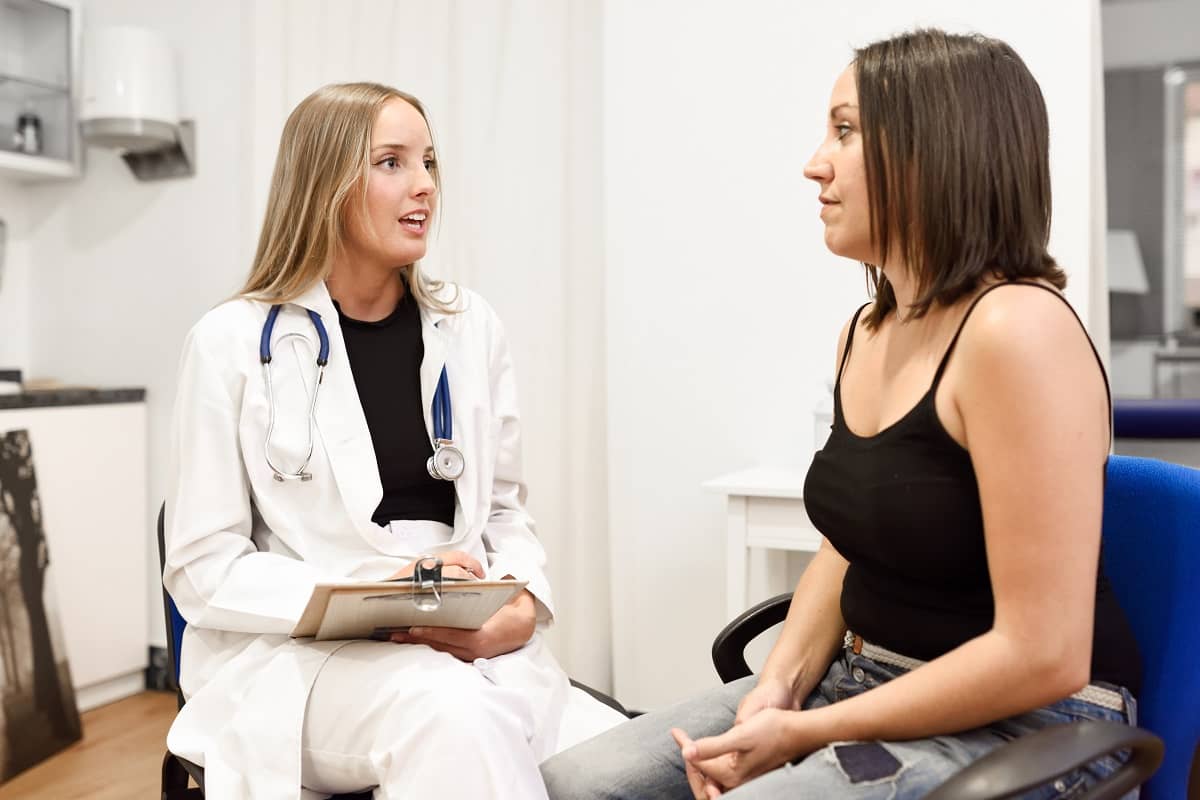 Any one of the symptoms above is very uncomfortable. Yet there are people who often ignore these symptoms in the hopes that they will subside on their own. While it is true that a yeast infection may subside without intervention, it’s still much better to consult with a doctor.

A good reason why is that the symptoms mentioned above are also the same symptoms that can occur due to other infections, especially if they were sexually-transmitted. You will be better off knowing specifically which type of infection you are dealing with, and get proper medication for it.

Some yeast infections also last more than a week or may turn into a series of recurrent infections. This could be due to a weakened immune system, hormonal imbalance, or a lesser-known type of Candida strain. This is the reason why full disclosure of your medical history is significant.

Doctors have the means to identify the type of yeast that caused the infection, which is important because not all yeast strains respond to just one type of medication.

Note also that the medication used to treat genital yeast infection shouldn’t be applied on infections found in the other areas of the body.

How is it Treated? 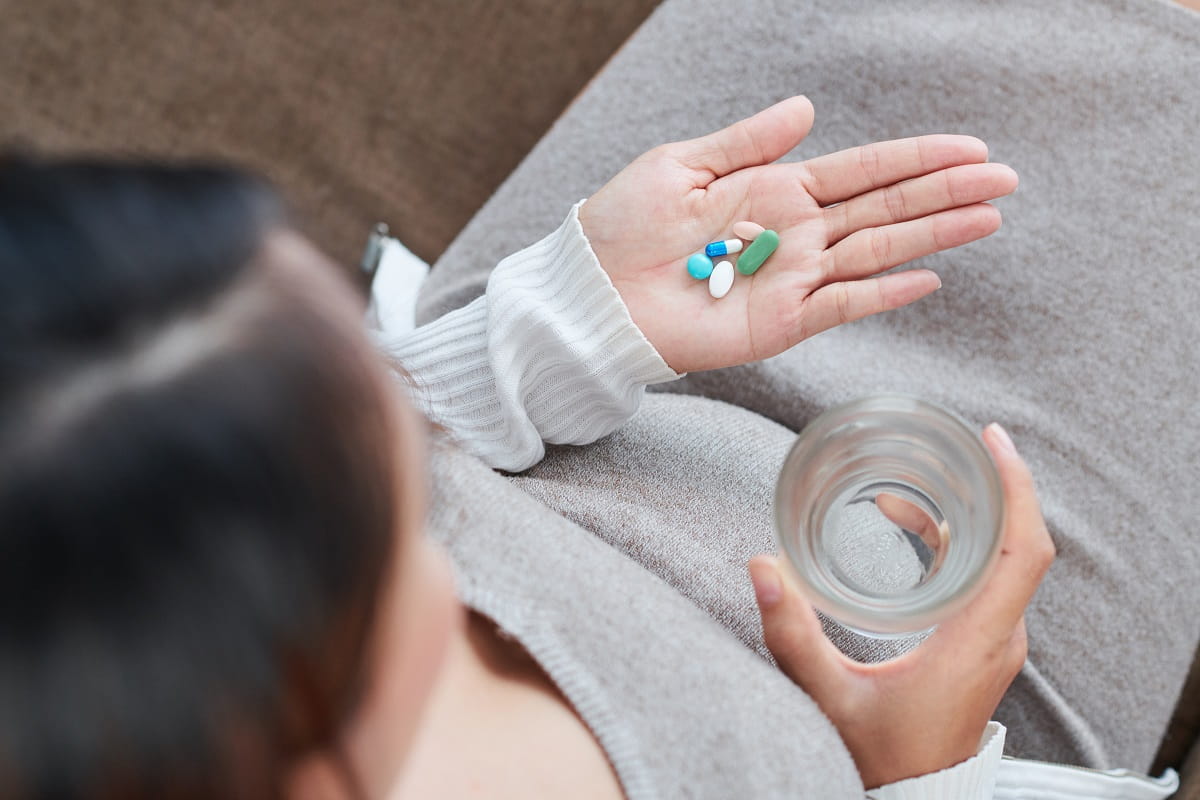 Likely from embarrassment, some people may choose to treat a yeast infection using over-the-counter (OTC) medicine or even home remedies from the internet.

A lot of home remedies, like the topical application of yogurt and garlic, do not have any proven scientific basis and may even further irritate the infected area.

For mild yeast infections, OTC products with anti-fungal properties will work by penetrating the cell wall of the Candida fungus until it is dissolved. These could be in the form of vaginal suppositories, vaginal tablets, topical creams that come with an applicator, and antibiotics.

Whenever an antibiotic is prescribed, make sure to take the full set given and not to stop when the symptoms subside. This is to make sure that the microorganisms causing the infection are completely eliminated as opposed to letting them develop an immunity to the medication.

If you are sexually active, you may want to ask your doctor about the effects of the medication on your preferred method of contraception.

The same goes if you have any allergies, existing medical condition, or if you are pregnant. You may also need to avoid any sexual activity as this could lessen the effectivity of the medication.